French biathlete Justine Braisaz-Bouchet became Olympic mass-start champion at the age of 25 on Friday at the extremely windy site of Zhangjiakou, and brought France her 14th medal. 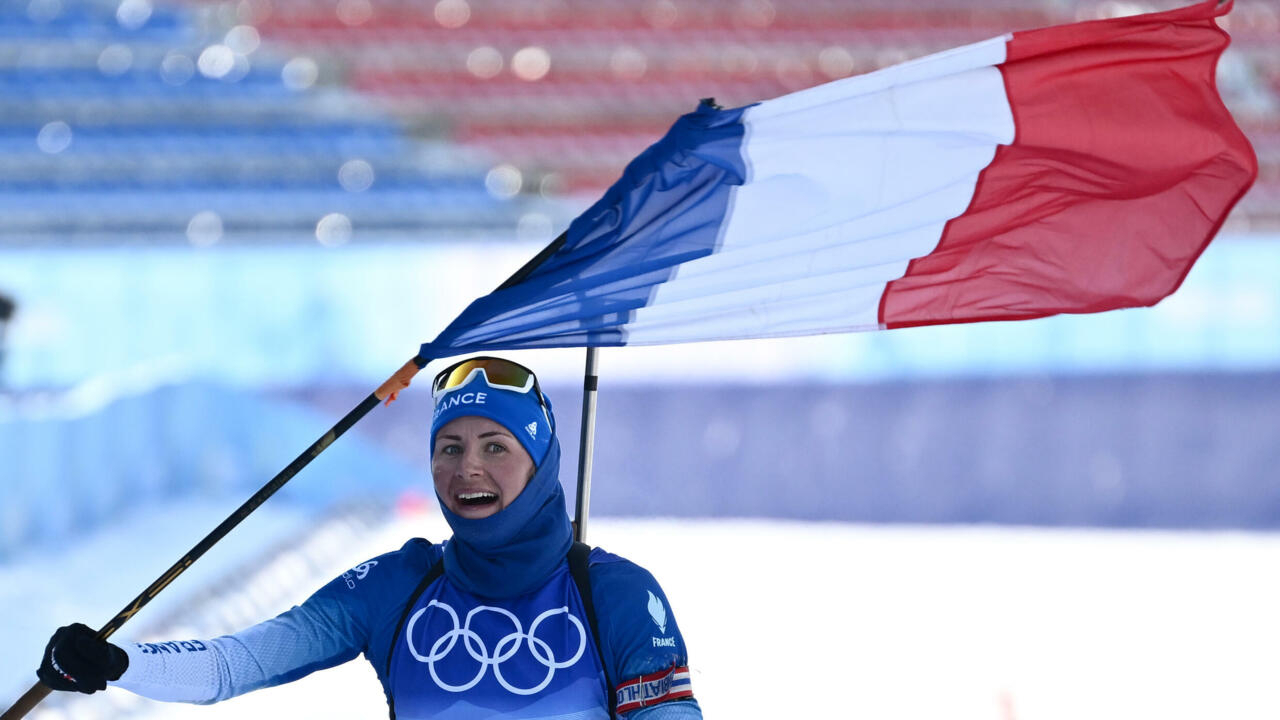 With this seventh medal in China, French biathlon achieves its best total, ahead of the six medals in Vancouver in 2010, pulled by the locomotive Quentin Fillon Maillet.

France is also only one medal away from its record at the Winter Games in Sochi and Pyeongchang (15 medals).

"I said to myself before the race that it was my second Olympics, no matter what happened, I was just happy to be there and I was very lucky," she explained. at the end of his run.

"I was impatient to do this mass-start but I had no goal of results, I just had the ambition to do my race. During the race, I was very calm, I wanted to concentrate on this what I was doing, I was serene", underlined the new Olympic champion.

Justine Braisaz-Bouchet surrounded by Norwegians Tiril Eckhoff and Marte Olsbu Roeiseland after the victory of the French during the mass-start of the biathlon, February 18, 2022 at the Beijing Olympics Christof STACHE AFP

Appearing on the Olympic program in 2006 in Turin, the mass-start had not succeeded so far for the French, since Braisaz-Bouchet is the first to get on the podium, directly on the top step.

48th in the sprint

On Friday, the biathlete from Albertville started her race badly, with three penalty laps on her two lying shots.

But while all the competitors, buffeted by the wind, had problems for the first standing shot, she blanked all her targets to go out on top tied with Roeiseland.

Faster on skis, she widened a gap of about fifteen seconds on her pursuers, and the only fault on her last shot was inconsequential, since her rivals also visited the penalty ring.

She was able to cross the finish line with the blue-white-red flag in hand, and afford her first gold medal in a major championship.

Braisaz-Bouchet had missed out on her first races, finishing only 40th in the individual (15 km) and 48th in the sprint.

Not aligned for the inaugural mixed relay (Julia Simon and Anaïs Chevalier-Bouchet had been preferred to her), she had given up trying to pursue.

French biathlon has already won three titles during these Olympic Games, that of Justine Braisaz-Bouchet on the mass-start, as well as those of Quentin Fillon Maillet on the individual and the pursuit.

With silver medals for Anaïs Chevalier-Bouchet in the individual, mixed relay, men's relay and Fillon Maillet sprint, the 2010 record has already been beaten.