How far will Turkey go to support Ukraine?

Foreign Policy magazine questioned the extent to which Turkey could go in supporting Ukraine in the face of Russia, and reported a lot of information about Ankara's relations with both sides of the conflict. 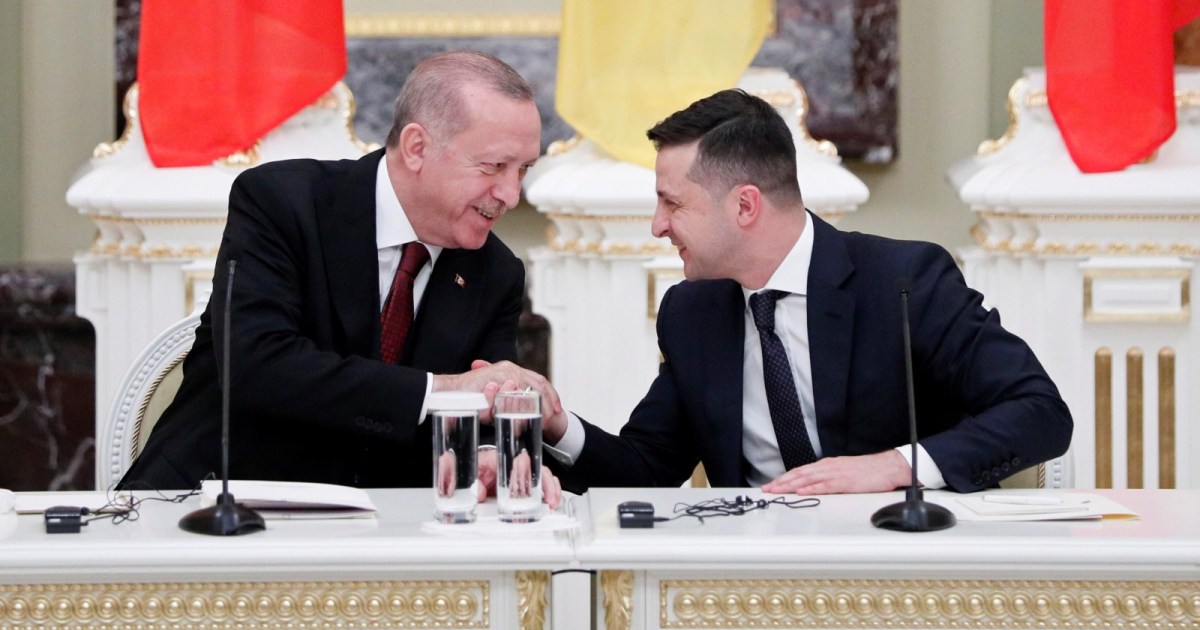 Foreign Policy magazine questioned the extent to which Turkey could go in supporting Ukraine in confronting Russia, and reported a lot of information about Ankara's relations with both sides of the conflict.

The magazine published this in

by writer Erin O'Brien - an independent journalist based in Istanbul - where she outlined her answer to the question in the reference made by Turkish President Recep Tayyip Erdogan when he said that Ankara would strongly support Kiev, but would not sacrifice a strong and stable working relationship with Russia.

She said it was unlikely that Erdogan would go further than he did in directly supporting Azerbaijan in its recent war with Armenia.

She added that the balance of power between Turkey and Russia and the threats of destruction between them ensured that in the event of Russia's invasion of Ukraine, Turkey would do its best to avoid confronting Moscow head-on.

In recent weeks, when Russia deployed more than 130,000 troops along the Russian-Ukrainian border, President Erdoğan reiterated his support for Ukraine, saying that the two countries had become important trade and defense partners during Erdoğan's presidency, signing multibillion-dollar free trade agreements and lucrative arms production deals. In addition to Turkey's control of Ukraine's only waterway to the Mediterranean (the Bosphorus strait), which is critical to connecting the country to the global market.

She also indicated that Erdogan offered to work as a peace mediator between Ukraine and Russia during his meeting with Ukrainian President Volodymyr Zelensky in Kiev earlier this month, and indicated his solidarity with Ukraine in the event of a conflict, even selling drones to the Ukrainian government forces fighting Russian-backed separatists. In the Donbass region.

The writer commented that Ankara could not go beyond that verbal reference.

Although it stands with Russia on opposite sides in conflicts around the world - in Syria, Libya and now Ukraine - Turkey relies heavily on its relationship with Russia, adding that the two countries maintain a "competitive cooperation" between them.

O'Brien noted what Erdogan said he hoped Russia would not launch an armed attack or occupy Ukraine, describing such a move as an unwise act for Russia or the region.

She said Russian President Vladimir Putin and Erdogan are "practical" presidents who can maintain overlapping and sometimes contradictory alliances because they think about diplomacy in terms of the country and what will benefit it directly.

She cited the many stages of the relationship between the two countries during the past two decades in the Russian-Georgian war in 2008, and in Russia's invasion of Crimea in 2014, an act widely condemned by Turkey, as it refused to comply with the sanctions imposed by the United States, Canada and the European Union on Moscow .

Even after Turkey shot down a Russian warplane in 2015, the two countries were able to revive a working relationship because Erdogan issued an apology, and the only sanctions imposed by Russia that remained in place were for Turkish tomatoes.

The writer pointed to Turkey's dependence on Russian natural gas for more than 40% of its total gas needs, and Turkey's worsening relationship with its Western allies, to confirm what I said that Erdogan is unlikely to threaten a weak Russian alliance, even for Turkey's allies in NATO NATO (NATO).

O'Brien backed her conclusion that Erdogan said last month he was "willing to do whatever is necessary" to avoid war, and publicly offered to mediate in the conflict, an offer that Zelensky was enthusiastic about and which Russia, after its initial refusal, said it would consider.

The writer commented that there is no other NATO member that Russia would agree, in theory, to be that mediator.

The writer concluded her article by saying that the question is whether there is still time for mediation.

After his trip to Kiev, Erdogan also invited Putin to Turkey, according to Turkish state media.

The Kremlin agreed to the dates after the Beijing Winter Olympics, but said they would be announced, the same point at which many fear Russia will choose to invade Ukraine if its latest claims of de-escalation are not true.