EU-AU Summit: announcements that must translate into concrete actions

It's time to take stock of this sixth European Union-African Union summit. A meeting unusual in its form and exceptional in its ambition: the EU has promised to release the colo... 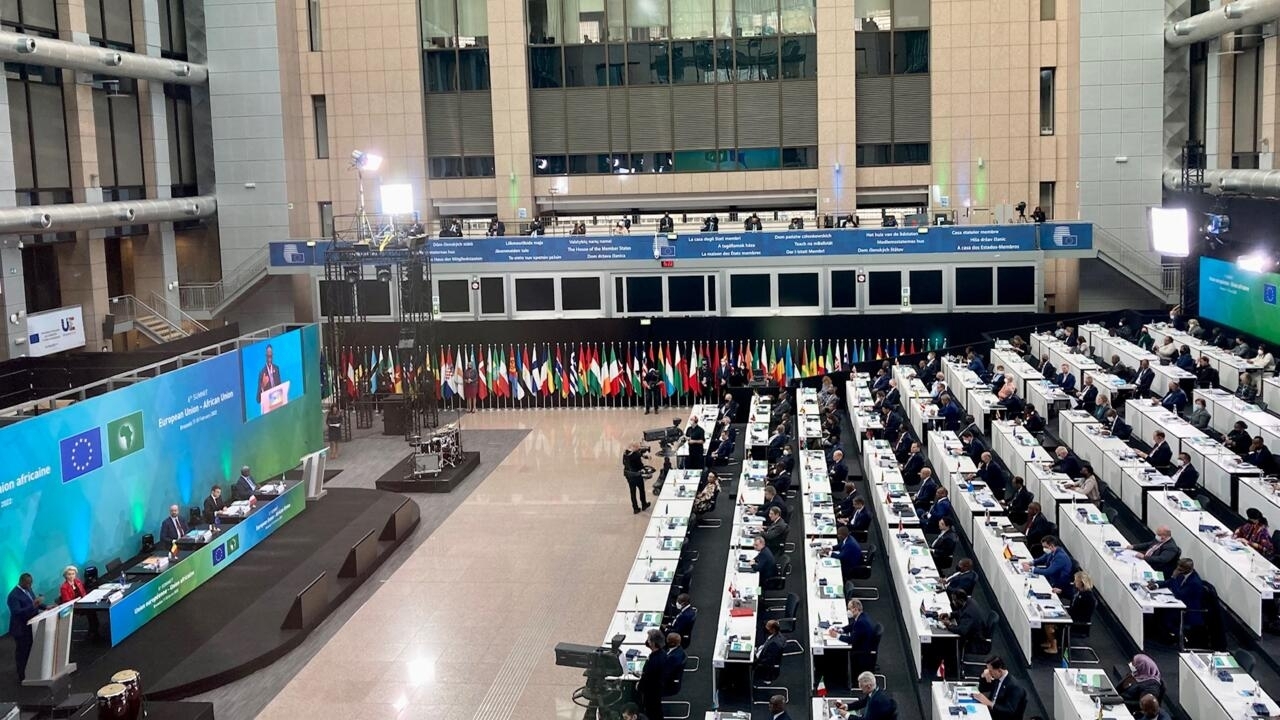 EU-AU Summit: announcements that must translate into concrete actions

It's time to take stock of this sixth European Union-African Union summit.

A meeting unusual in its form and exceptional in its ambition: the EU has promised to release the colossal amount of 150 billion euros for the development of infrastructure on the continent.

Europeans and Africans show their satisfaction, but the challenge now is to ensure that the declarations do not remain a dead letter.

With our special correspondents in Brussels

It is a historic opportunity to establish, through action, a redesigned partnership

of the conclusions of the leaders this Friday afternoon in Brussels

Enthusiastic by the support it has generated, some 80 participants, by the quality of its preparation, as the leaders have underlined, and by its results.

Regarding the announcements: first there is this investment package of at least 150 billion euros by 2030. This will encourage large-scale sustainable investments, says the joint statement, taking due account of the priorities and needs of African countries.

It is therefore understandable that a large part of this money should thus be devoted to major projects affecting the energy, transport and digital infrastructure sectors.

These investments will be complemented, the statement adds, by specific packages aimed at supporting the health and education systems.

Without there being more details on their amounts.

These 150 billion is the concrete announcement of this summit.

The joint statement contains a litany of commitments, but these are often very elusive.

The promises to work together, to strengthen or deepen this or that point, are repeated many times, but without further detail.

There are also those promises which are formulated as the increased reallocation in favor of Africa of the special drawing rights of the IMF.

But there is no firm commitment here.

It should also be noted that the Europeans have so far only reallocated 13 billion dollars to the continent, very far from the 100 billion claimed by the African Union.

On vaccines too, Europe has made progress.

The first is to provide at least 450 million doses of vaccines by the summer.

At the same time, the EU announces its intention to mobilize 425 million euros to accelerate vaccination campaigns, by supporting both the distribution of doses and the training of medical teams.

Alongside this, the Europeans have also pledged to help the continent produce messenger RNA vaccines on their soil, a strong demand from Africans.

In this context, six African countries have been chosen to develop these production programs.

But the problem is that there is still no lifting of vaccine patents.

European leaders are against it.

Statements are not enough

The follow-up to the decisions of the summit has therefore been reinforced.

With a novelty, civil society will have the right to look at the concrete projects that have been implemented, through the Africa-Europe Foundation, which will be able to question the leaders on what is not progressing, or not as planned.

Another example of the desire for concrete results: the thorny question of the lifting of patents on vaccines has not been decided, but the two commissions have set a date, a compromise must be ready in the spring.