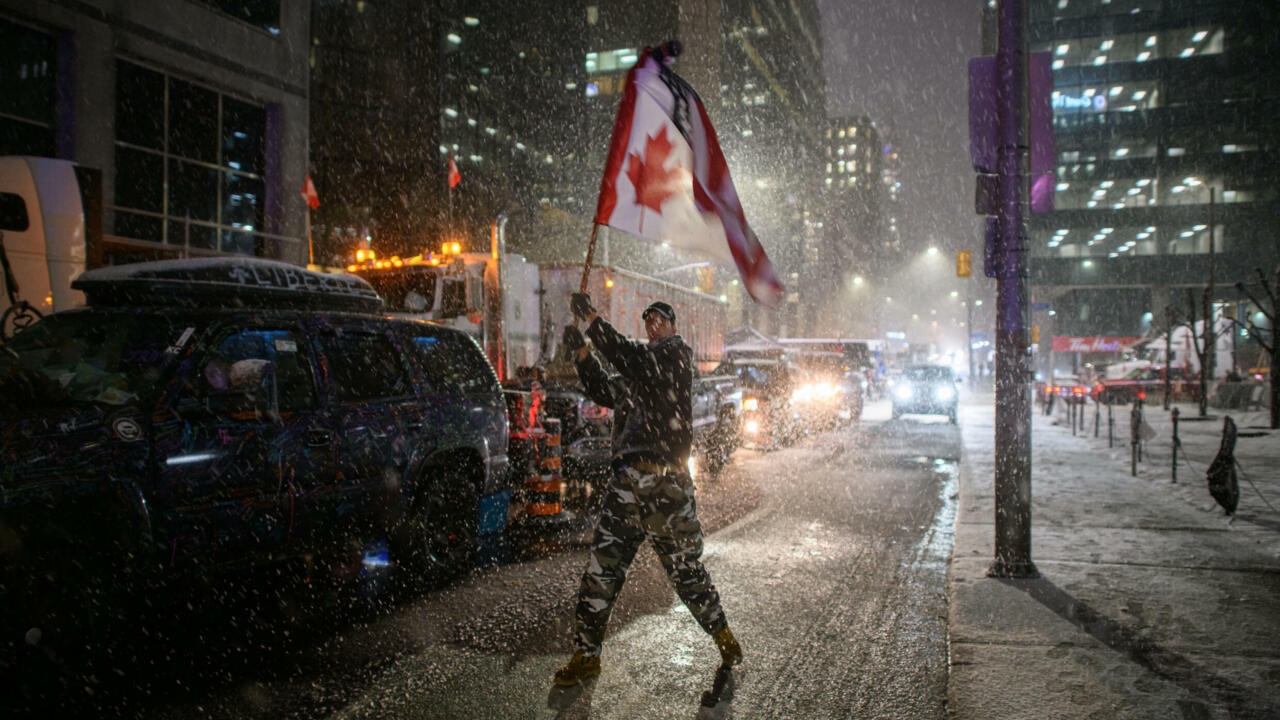 The police deployed en masse on Thursday in the streets of Ottawa, occupied for almost three weeks by anti-sanitary measures demonstrators, a protest that is no longer “peaceful” according to Prime Minister Justin Trudeau.

Some 400 trucks are still on the streets of downtown Ottawa and many have removed tires from their vehicles to make them harder to remove.

Some 90% of Canadians are already vaccinated.

Since the start of the pandemic, more than 35,000 people have died of the disease in the country.

USA: Mickey unmasked for the vaccinated

Visitors to Disneyland in California and Disney World in Florida are no longer required to wear a mask if they are up to date with their Covid-19 vaccination, according to new rules that came into effect Thursday.

The mask remains only compulsory indoors for unvaccinated people and for all visitors, regardless of vaccination status, in particularly cramped or sensitive places such as transport shuttles or infirmaries.

End of the health pass in Israel

Israeli Prime Minister Naftali Bennett announced on Thursday the "end" of the health pass, of which his country had been one of the pioneers, saying that the wave of contamination linked to the Omicron variant was now fading in Israel.

"We are ending the use of the green passport (name given in Israel to the health pass, editor's note), the Omicron wave has been curbed, there is now a sharp drop in the number of seriously ill and infected people," said Mr. Bennett.

Lifting of restrictions in Portugal

Portugal will lift certain measures against Covid-19 in the coming days, in particular by ceasing to require a health pass to access restaurants and hotels, the government announced on Thursday.

Lifted mid-March under conditions in France

The lifting of health measures in mid-March in France, concerning the wearing of a mask and the vaccination pass, will depend on "two essential criteria", the number of hospitalizations and the incidence rate, said Thursday the Minister of Health Olivier Véran .

Japan will ease border restrictions to allow foreign students and workers to enter the country, but tourists will remain banned for the time being, Prime Minister Fumio Kishida announced Thursday.

G20: financing the fight against pandemics

The Director General of the World Health Organization (WHO) Tedros Adhanom Ghebreyesus on Thursday urged the G20 countries to urgently pay the 16 billion dollars still missing to finance its plan to fight the Covid-19 pandemic, while opening of a two-day meeting of finance ministers and central bank governors in Indonesia.

On the menu of the discussions is notably the need for better preparation in the face of future pandemics and the creation of a fund in which the WHO would have a central coordinating role.

The pandemic has officially killed more than 5,848,104 people worldwide since the end of December 2019, according to a report established by AFP on Thursday at 11:00 GMT.

Reported to the population, the countries where the epidemic has caused the most damage are Peru, Bulgaria, Bosnia, Hungary and North Macedonia.