Ayuso and espionage in the PP, live | Pablo Casado reappears in full resurgence of the internal war of the PP

Ayuso suspends his visit to a pharmacist this Friday after the crossing of accusations with Genoa The president of the Community of Madrid, Isabel Díaz 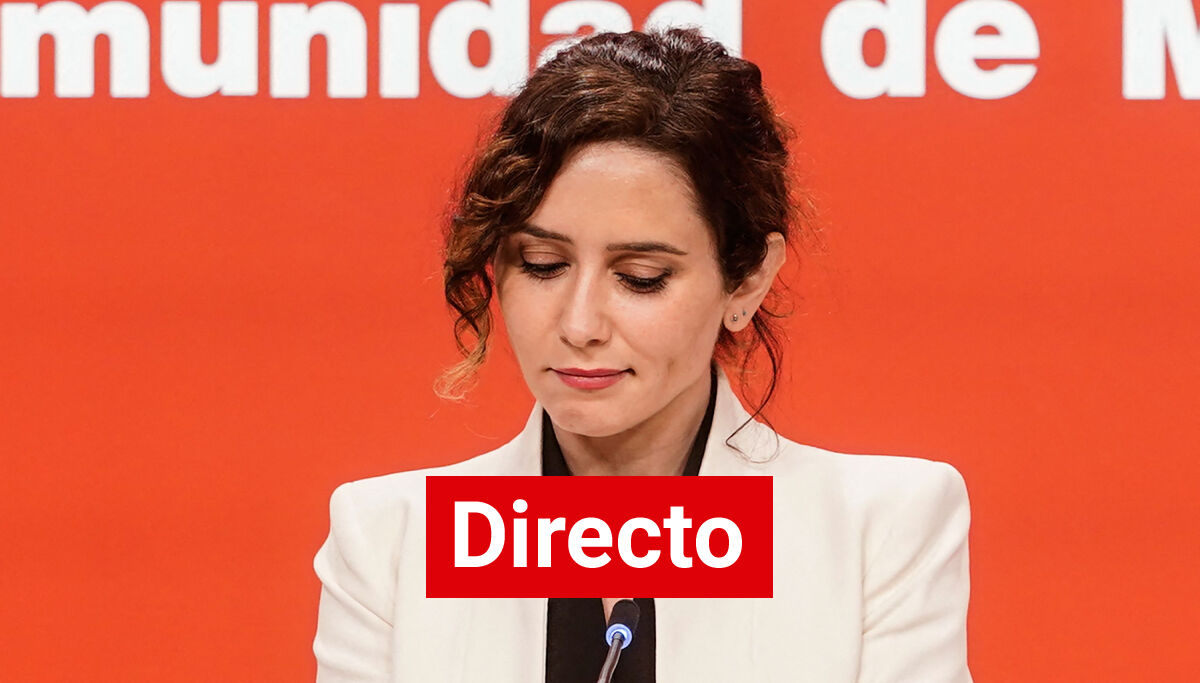 The most bitter civil war has broken out in the PP.

The president of the Community of Madrid, Isabel Díaz Ayuso, accuses the national leadership of her party, and in particular its leader, Pablo Casado, of espionage.

For his part, the number two of the national PP, Teodoro García Egea, responded to the accusations by opening an informative file on

and accusing the leader of never having given explanations about the alleged irregularities in the contract that benefited his brother, Tomás Díaz Ayuso, in a purchase of masks amounting to 1.5 million euros.

The confrontation has affected the

, through which the trial would have been managed by a detective agency for espionage on Ayuso.

The mayor of the capital, José Luis Martínez-Almeida, appeared this Thursday to deny any involvement, although he did acknowledge an internal investigation into this alleged commission.

Late in the afternoon, however, Ángel Carromero resigned, to whom the conversations with the detective agency directly pointed.

The president of the Community of Madrid,

, has suspended the visit she had planned for this Friday to a pharmacist after the crossing of accusations with the National Directorate of her party.

was going to go to the facilities, in Colmenar Viejo, of Pharmamar, a Spanish pharmaceutical company dedicated to researching medicines of marine origin that is working on a drug against the coronavirus.

This visit, planned for days, was maintained yesterday despite the events but early today it was canceled, as reported by the regional government, without specifying the reason.

Also the Minister of Health, Enrique Ruiz Escudero, has suspended his visit to the Central Hospital of the Red Cross San José and Santa Adela.

The relationship between 'Génova' and Puerta del Sol was definitively blown up this Thursday when Ayuso, after several reports in the press, accused the Directorate of "manufacturing corruption" against it.

The audio between the Madrid City Council and the detective: "We can meet to compare information that has come to me"

The president of the Municipal Housing Company (EMV),

, dependent on the Madrid City Council, directed by José Luis Martínez-Almeida, personally contacted the detective whose subordinates tried to commission an illegal espionage to the family environment by Isabel Diaz Ayuso.

Around the 11th, the high-ranking municipal official insistently tried to locate the private investigator until the latter finally called him back.

The former spokeswoman for the Popular Group in Congress

has requested this Thursday the resignation of the president of the

, after the "unheard of" internal crisis that has opened within the party.

This has been stated

in Seville, at the presentation of his book

, after the exchange of mutual accusations between the president of the Community of Madrid,

, and the national leadership of the

, who has open informative file and reserves legal action against the Madrid president for her statements.

"Of course, the most absurd and unprecedented in the history of

. And it only has one person in charge and it is no coincidence that he has not yet appeared," he said, adding that this is "one more example of desperate weakness."

Ayuso, ready to go to the end against Casado: "She is the PP, not García Egea"

Total and self-destructive war in the Popular Party.

And the two using nuclear weapons to finish off their rival.

The tensions and skirmishes of the last six months escalated this Thursday to a public and stark confrontation, with all of Spain being a spectator of how the

was torn from top to bottom, putting both leaders at a crossroads about its continuity.

As if only one of the two could remain.

Pablo Casado's war against Ayuso bleeds the PP: "This only ends with one of the two out"

The implosion of the

due to the struggle between

has plunged the main opposition party into a post-traumatic

Never since the 1990 refoundation had there been such a train wreck between a regional president and the party leader.

The barons, leaders, former ministers, mayors, veteran officials and deputies of the party consulted by EL MUNDO agree in showing their absolute astonishment at the intensity that the internal earthquake has reached.

And they point to the

The PP cannot continue in these hands

Spies, jealousy, ambition for power... What is behind the war between Ayuso and Casado?

Why has Ángel Carromero resigned?

Did Ayuso's brother charge a commission?

What will happen in the match?

, deputy director and head of research at

, editor of Politics who follows the information of the popular ones, analyze all the details in EL MUNDO al día, a podcast by

The 'ayusers' before the haunted castle of Genoa: "Married, come out of the closet"

Well, the disconsolate supporters of Isabel Díaz Ayuso left at the door of Genoa.

No one knew very well what day was the best to demand Casado's head under the window of his office, and those who came this Thursday, hours after the harsh intervention of the president of the Community of Madrid, did it for themselves. perhaps.

The Police blocked Génova Street and several supporters were trapped on the sidewalk farthest from number 13, the castle bewitched by corruption that the Popular Party was going to get rid of.

Read here the complete chronicle of

The president admits that Tomás Díaz Ayuso mediated in an award but does not specify the amount he received.

"I asked my brother, who confirmed that he had maintained business relations with that company and that everything was completely legal," says the Madrid president.

Read the complete information of

, has assured this Thursday that her formation will go "to the end" to find out if the

has been used for "internal mafias" of

by the national leadership of

to the brother of the president of the

, Arrimadas has stressed that what is happening in the heart of of the party led by

, will reappear this Friday in a morning interview on a radio station after the internal war with the president of the

Isabel Díaz Ayuso , has worsened , and after the

announced the opening of an informative file.

will speak in an interview at 9:05 a.m. on the Cadena Cope program 'Herrera en Cope', which is directed and presented by the Andalusian journalist Carlos Herrera.

It has been the general secretary of the 'popular',

, the one in charge of publicly answering the Madrid president from the

has harshly charged the national leadership of the

for manufacturing "alleged corruption" against her without evidence and has demanded that responsibilities be purged.