Ukrainian crisis: in Chernihiv, the population remains calm despite the Russian threat

Russia is conducting joint exercises with Belarus, a few kilometers from the northern border of Ukraine. Minsk has promised that all Russian soldiers deployed on its territory as part of… 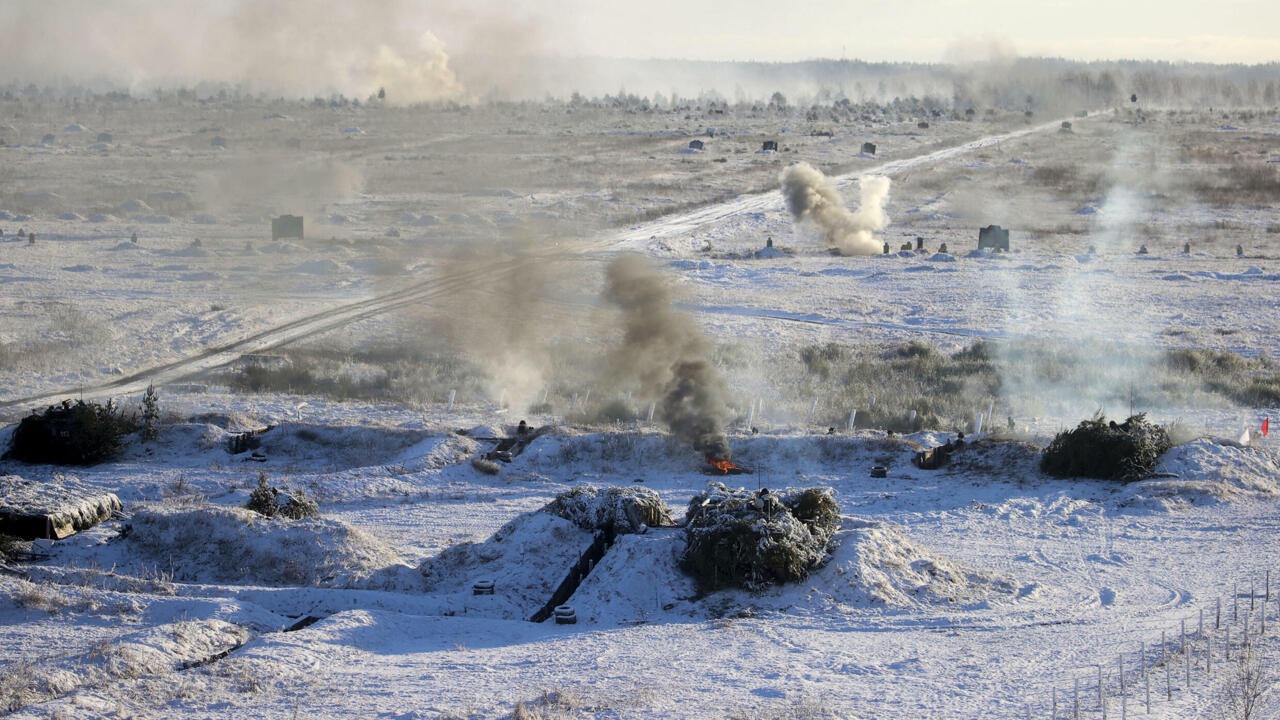 Ukrainian crisis: in Chernihiv, the population remains calm despite the Russian threat

Russia is conducting joint exercises with Belarus, a few kilometers from the northern border of Ukraine.

Minsk promised that all Russian soldiers deployed on its territory as part of these maneuvers would leave the country at the scheduled end of these exercises on February 20.

This is the case in the Chernihiv region, the first town on the road coming from the Russian and Belarusian borders.

With our special correspondents in Chernihiv,

In their ski suits, children play in a park in the city center, carefree, a thousand miles from disturbing information about Russian military deployments and joint maneuvers with Belarus.

The videos of trains loaded with military equipment leaving the border areas with Ukraine,

are struggling to convince Westerners

who claim not to see any real withdrawal of Russian soldiers.

This resident of Chernihiv, however, has not changed his habits.

There may be maneuvers up there, but here everything is normal.

Nothing has changed, we continue to live as before.

We can say that the situation is stable

, ”he said at the microphone of RFI.

About 100 km from the border with Russia and Belarus, Chernihiv and its 280,000 inhabitants would be the first major city on the route of the Russian military in the event of an attack from the north.

But Aleksii Mandriko came for a walk with his daughters, prefers to stay away from alarmist information

We cannot know what Russia's plans are.

On its territory, it does what it wants.

It is his right.

And when we are told, such a unit has moved, they will attack us, all that, I think, is artificially inflated,

It's like a neighbour: he has the right to put whatever he wants behind his fence.

But in reality, Russia is settling accounts with the United States.

And we are used as a buffer zone.

Aleskii still remains on his guard.

He has withdrawn cash just in case and does not rule out taking refuge in the Carpathians with his family if the situation were to deteriorate.