The only emotion of the parricide of Elche: "I did not want to see the corpses. I was afraid and wanted to forget what I had done"

Santiago took the bodies of his parents and his brother out of the house as soon as he shot them dead because he couldn't bear to see what he had done. The feeling that caused him... 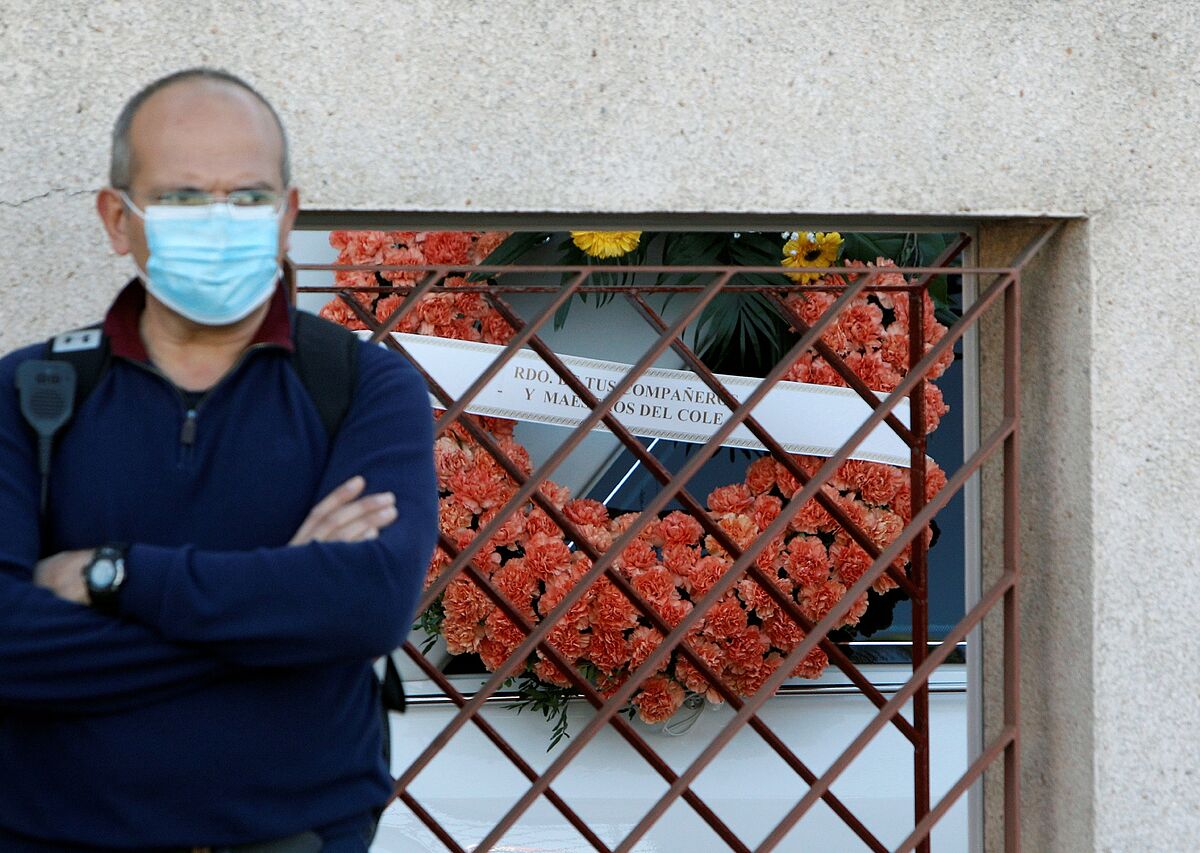 took the bodies of his parents and his brother out of the house as soon as he shot them dead because he couldn't bear to see what he had done.

The feeling that this image provoked in him is the only emotion that he has verbalized since he committed a parricide that, were it not for this sentimental approximation, it seems that it has always been alien to him.

"I didn't want to see the bodies. I was afraid and wanted to forget what he had done," he settled in the story to which EL MUNDO has had access.

In the case of his mother and his brother, it was immediate.

He murdered them and took them out of the house.

Two hours later, when his father came home and killed him, he did the same thing: get him to the garage as quickly as possible.

Before a first shot, the man snatched the shotgun from him, left it in the hallway and went to the bathroom to see the shot he had in the jaw.

Santi recovered the weapon and murdered him in the bathroom.

From there, he planned his alibi through the cell phones of his parents, supplanting their identity to create a reality that would fit the situation he had caused.

In fact, the researchers see in this attitude a way of "buying time" to give a sense of normality and delay the crimes from being discovered.

It also highlights the inventiveness that he developed and how he measured the times to try that no one from his parents' work, family and social environment suspected.

Especially significant is the interest and effort - millimetrically calculated - that he made to put distance between himself and the murders and thus avoid frights.

The day after committing the crimes, he wrote to the

mother of a classmate

of his brother's, posing as his mother.

"Have you sent homework for tomorrow?" She asked him, thus chiseling a spontaneity that he knew was buying him time.

The day before, as soon as he had killed his mother, he had also made a point of contacting another father in his brother's class.

In that case, he informed her that a relative had died in Albacete over the weekend and that she had gone with her sister, who had tested positive for Covid, so she and her family had to quarantine.

Later, they had a typical conversation in situations of this nature.

The man offered him help and Santi found peace in the responses of his mother's friends when he verified that they did not doubt his identity at any time.

The boss of his father and friends

The same thing happened with

, to whom he wrote as soon as he killed him with three shots.

He told her that he had coronavirus and that the next day he would not come to work.

However, the next day and the day after, his boss insisted that he pick up the phone to fix the leave, to which Santi always responded evasively.

He first told her that his cell phone had gotten wet and, later, that he couldn't access his computer because his son had it.

In parallel, the adolescent also talked with his high

and with those he had met

It was broken by his aunts, his mother's sisters, who came to the chalet alerted by the lack of oral communication.

They rang the bell and Santi came out.

"Don't bother them, they're sleeping," he said when asked about his parents.

One of his aunts threatened to call the police if she didn't see them.

The teenager went in and out with his father's cell phone in hand.

"Come in and see them"

He walked over to the fence and showed her the screen.

It was a picture of her parents' bodies that she had just taken.

Her brother was left out of the picture.

"Look, I've killed them," she sentenced.

One of the women wanted to enter, but the other prevented her.

Santi encouraged her to do so.

"Come in and see them," she told them.

The two women, in a state of

, remained outside the chalet with Santi, who would no longer separate from them.

The police arrived and the teenager put his hands together and put them in front of the agents so that they would shackle him.

Thus ended the three days that Santi wanted to spend "calm" before entering the juvenile center.

EventsThe parricide of Elche: "I killed my father because I knew he was going to be angry and my brother, so that he would not give me away"