Snowy and windy weekend is expected

The storm Nora pulls in over the southern parts of Sweden on Friday. Rain, wind and wet snow are expected until Saturday morning. - It can create problems in traffic, says Linus Karlsson, meteorologist at SMHI. 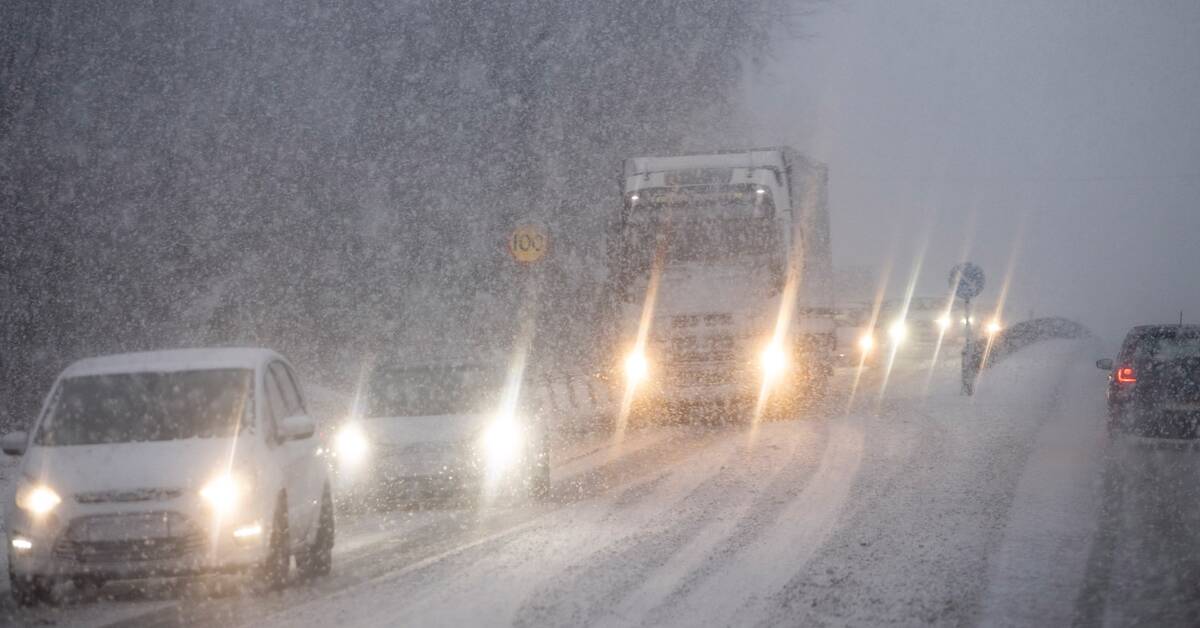 SMHI has issued a yellow warning for snowfall for the larger parts of Götaland and also in southern Svealand during Friday and on Saturday.

It will be most windy in the southernmost parts of Götaland, where a yellow warning has been issued for wind in connection with windy weather.

It is storm Nora that moves in from the west from the British Isles.

- It is difficult weather to expect here, says Linus Karlsson, meteorologist at SMHI.

The snowfall becomes most intense during the early night towards Saturday and then decreases later in the morning.

From Friday evening, snowfall is expected, which can give 5-10 centimeters of fresh snow.

Watch out for traffic

If you are going to go out on the roads, you should be a little extra careful.

SMHI warns of poor visibility, snow smoke, snowdrifts and slipperiness due to the snowstorm.

- It can create problems in traffic that you should be aware of.

It can be slippery and difficult to access, says Linus Karlsson.

The storm can lead to limited traffic due to snow or traffic accidents and delays and also canceled departures in public transport and flights.

During Thursday, the storm from northern Central Europe contributed to strong winds in Sweden as well.

- It has been the low pressure that has given the strong winds in Germany that has passed here during the day and given hurricane strength in the winds, says Linus Karlsson.

The low pressure Nora will continue to move further east on Saturday.

- Sunday will be a middle day with calmer wind conditions and a lot of sun.

But already on Sunday evening, a new low pressure is moving in with precipitation over Götaland and Svealand for Monday, and also windy weather, says Linus Karlsson.