G20 Finance worried that recovery threatened by conflict in Ukraine

A conflict in Ukraine could threaten global economic recovery, Indonesian President Joko Widodo warned on Thursday at the opening of a two-day meeting of finance and government ministers. 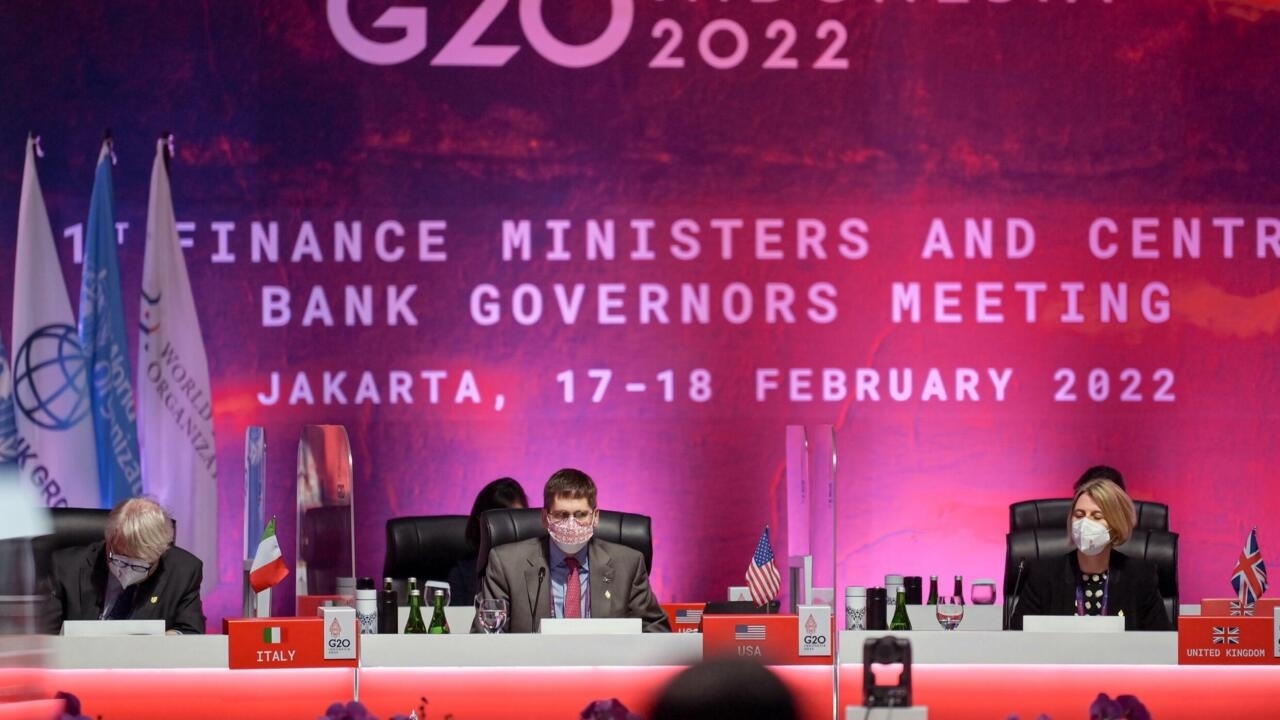 The meeting is being held in a "hybrid" format due to Covid, with more than half of delegates from the world's twenty largest economies attending online.

The physical meeting was moved from Bali to the capital Jakarta as the country faces a rising wave of the highly contagious Omicron variant.

As countries try to foster economic recovery while continuing to fight the pandemic, the president of Southeast Asia's largest economy warned of mounting risks, including geopolitical ones, in a speech by 'opening.

"Now is not the time to see rivalries and create new tensions that could harm global recovery, let alone endanger global security, like what is happening in Ukraine today," he said. underlined the President of Indonesia who is chairing the G20 this year.

He called on the G20 countries, which includes Russia, the United States and China, for "synergy and collaboration" to help with economic recovery.

"All parties must end rivalries and tensions," he insisted.

US Treasury Secretary Janet Yellen admitted sanctions against Russia for invading Ukraine would have "global repercussions" in an interview with AFP ahead of the meeting.

On the menu of the discussions was also the need for better preparation in the face of future pandemics, and its financing.

"We must act urgently to strengthen the global health architecture so that we have the tools necessary to prevent, prepare for and respond to future health crises," urged US Treasury Secretary Janet Yellen at the meeting, which she attended. attend virtually.

She mentioned "a financial intermediation fund housed at the World Bank", urging "all members of the G20 to (join) it (...) in the months to come".

The G20 will discuss the terms of this fund "in which the World Health Organization will have a central coordinating role," said Indonesian Finance Minister Sri Mulyani Indrawati.

WHO Director-General Tedros Adhanom Ghebreyesus insisted on the central role of the agency and called for the first emergency payment of the 16 billion dollars that are still missing to finance its plan to fight the current pandemic. Covid-19.

“All efforts to improve governance, systems and financing for global health security can only succeed if they strengthen the role of WHO,” he noted.

The members of the G20 were also to discuss the risks associated with the acceleration of inflation in certain countries and the need for a harmonious "exit strategy" from the accommodating monetary policy of the developed countries in order not to have a negative effect. on developing countries, according to the Indonesian authorities.

“As the recovery is underway, some countries are moving towards (monetary) policy normalization sooner than others as stimuli are withdrawn, which is going to have a major effect on the global economy,” the governor said. of the Central Bank of Indonesia Perry Warjiyo in a speech.

“It could also potentially create less favorable global financial conditions and cause capital flight from emerging markets,” he added.

Debt relief for poor countries and the implementation of global tax reform are also on the menu.