The official status of the Asturian and the eo-naviego, the great political bet of Adrián Barbón, has ended up exploding the president of the Principality of Asturias when it came to light... 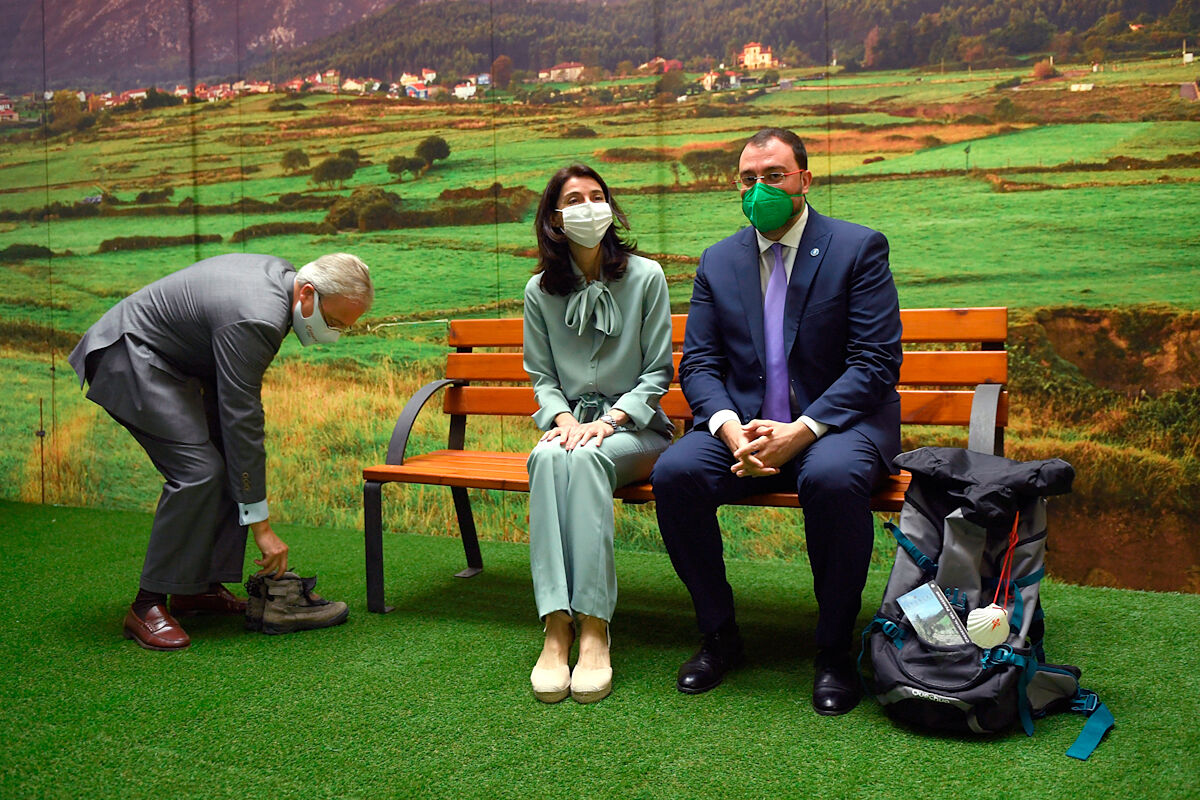 The official status of the Asturian and the eo-naviego, the great political bet of Adrián Barbón, has ended up exploding the president of the Principality of Asturias when a report that was commissioned by his Government and that he kept hidden since December 2020 came to light, despite the fact that several parties claimed data like the ones it contains.

At that time, the reform of the

was being negotiated, which would include the recognition of the languages ​​of

This document, prepared by prestigious jurists and academics, points out that the mere declaration of official status would oblige all administrations to attend in Asturian, and that its study would be compulsory at the different educational stages, unmitigatingly dismantling the promise of a "friendly " insistently defended by Barbón.

In addition, the study evaluates the economic effect of official status, in three scenarios: from 18.1 to 172.7 million euros, depending on its degree of implementation, with a creation of jobs that would range between 394 and 4,114.

All these revelations fell like a bomb when last Thursday, February 10,

The date is important, because the day before, Barbón certified in the

the shipwreck of the negotiations to achieve a consensus and summoned the Asturians to vote in the regional elections of 2023 to defend the political autonomy of the Principality with the officialdom as a standard.

To this striking coincidence we must add that the document reached the PP almost simultaneously, despite the fact that this group had been demanding any document from Barbón that analyzed the consequences of officialdom for months.

, had denied, even in writing, the existence of any documentary support, admitting only "informal conversations".

However, from this ministry a public tender had been opened to study the legal effects of declaring officiality in the Statute and a projection to achieve, in different models, effective bilingualism.

This call allowed the PP to claim the report at the end of 2021. The request was not heeded until the attempt to approve official status in this legislature had already been considered dead.

Foundation of the University of Oviedo

The Asturian Government received the 240-page report in December 2020 and paid almost 18,000 euros for it.

Later he let him sleep in a drawer, despite the interest aroused by its content in the midst of the debate on the reform of the Statute and the express request of the PP.

Against, even, Miguel Presno Linera, who "when delivering the study" pointed out "the possibility of its publication and making a public presentation."

Why did the Asturian Government not make the study public?

Hours after the bombing, the Socialist Executive was forced to come out with a statement explaining that it was not released because it was "an external report" and not "a roadmap."

The next day, Adrián Barbón shook off the responsibility by clarifying that the document did not reach the

had decided that "it did not fit the model of the

The responsible counselor, Berta Piñán, has insisted that it was "for internal use" and "is not binding at all."

She does not see it as strange that the parties with which she sought a consensus for the official status were unaware of the document: "It is completely unrelated to any negotiation of the parliamentary groups."

These explanations have not satisfied anyone in Asturian politics.

On the contrary, especially when the officialdom has capitalized on the debate in recent months until the parties in favor -PSOE, Podemos and IU- assumed last week that it was impossible to obtain the support of the deputy that they lacked to reach three fifths of the Chamber needed to approve the statutory reform.

, who made his support conditional on a fiscal reform unacceptable to the left.

Pumares now accuses Barbón of having acted "in bad faith", since the experts' conclusions would have been very useful during the frustrated negotiations, and they were denied even though he asked for them.

The PP considers that the president "has laughed in the face of Asturians" and believes that Barbón's government "is one of deception and betrayal", according to the words of its regional leader,

"The consequences of that study, paid for with public money, the government did not like and what it says is that friendly officers do not exist," she says.

The party is preparing, like Forum and Citizens, a parliamentary offensive for the Executive to explain.

Vox, the party that has most frontally opposed the officialdom, also speaks of "betrayal" of all Asturians.

His spokesman, Ignacio Blanco, demands the "immediate resignation" of Barbón and has asked the PP to promote a motion of censure, which the

have already rejected "because the accounts do not come out."

The anger reaches the defenders of the officialdom.

Podemos, which put a tax reduction on the table to tempt Foro, does not understand the concealment of the report because it maintains that what it says is "well no, great", in reference to the new jobs it projects.

However, his tax reform was disdained by the PSOE on the grounds that it would mean a reduction of 35 million in revenue for the public coffers.

From the United Left, which has been official in its electoral program since the 1990s, it admits the economic effort that it would entail, although it sees long-term advantages.

However, he acknowledges that it is an "inopportune" moment to know these conclusions.

was commissioned, through public competition, by the

The report has been prepared by the team led by the Professor of Constitutional Law at the University of Oviedo,

, Professor of Administrative Law at the UNED, an expert in linguistic rights,

, coordinator of the Observatory of the Galician Culture and a doctorate in Philology from the University of Vigo, and a participant in the commission for promoting the Plan for Language Normalization of the Xunta de Galicia,

, a Secondary Education teacher and associate at the University of Oviedo, and

, professor of Administrative Law at the University of Oviedo.

The experts conclude that the simple declaration of co-official status would oblige all administrations to attend in Asturian or, in the corresponding territory, in Galician-Asturian, in all areas (local, regional and state), because "well, all people should have the right to use" the regional languages ​​"without being able to demand any type of translation".

This obligation includes "oral and written relations", and implies that the institutions and companies that depend on them should publish their provisions, resolutions and agreements in Spanish and in the Asturian languages, as well as regional legislation.

Despite the fact that last October Adrián Barbón went so far as to affirm, in parliament, that "we are not going to demand the Asturian in the competitions for doctor or nurse", the document makes it clear that in the selection processes of civil servants "the knowledge of Asturian".

The study indicates that the official status of Asturian would make it compulsory to study at the different educational stages, which would imply teacher training given the insufficient training in regional languages ​​that it now has.

For this reason, the experts propose a five-year graduality to reach the level that would guarantee the fulfillment of linguistic rights.

In this same context, the authors propose that at least 50% of the content of the public media be in Asturian.

The economic evaluation of officialdom would be scaled in three possible scenarios: from 172.7 million euros and 4,114 jobs in the most established one to 18.1 million and 394 jobs in the model that "is closest to the forecasts of the Autonomous Government", according to the authors of the study.

Between the two projections is the "moderate" one, based on the experience of communities with low demand for their co-official languages, and which would mean an impact of 55 million and the creation of some 1,300 direct and indirect jobs.

Experts indicate that this economic flow would not only come from public coffers, but also includes the expenses of families and companies, such as private academies, publishers, printers, audiovisual production companies, and labeling and packaging companies.

They also point out that the Principality could deserve, by virtue of its official status, funds from the

, although it does not quantify them.

Castilla y León Elections 2022Pablo Fernández: "The PSOE's drive to turn to the right is disturbing"