The spotlight on Kamila Valieva, at the center of a resounding doping affair on the Olympic ice in Beijing, has opened a debate on the lifespan at the high level of Russian skaters... 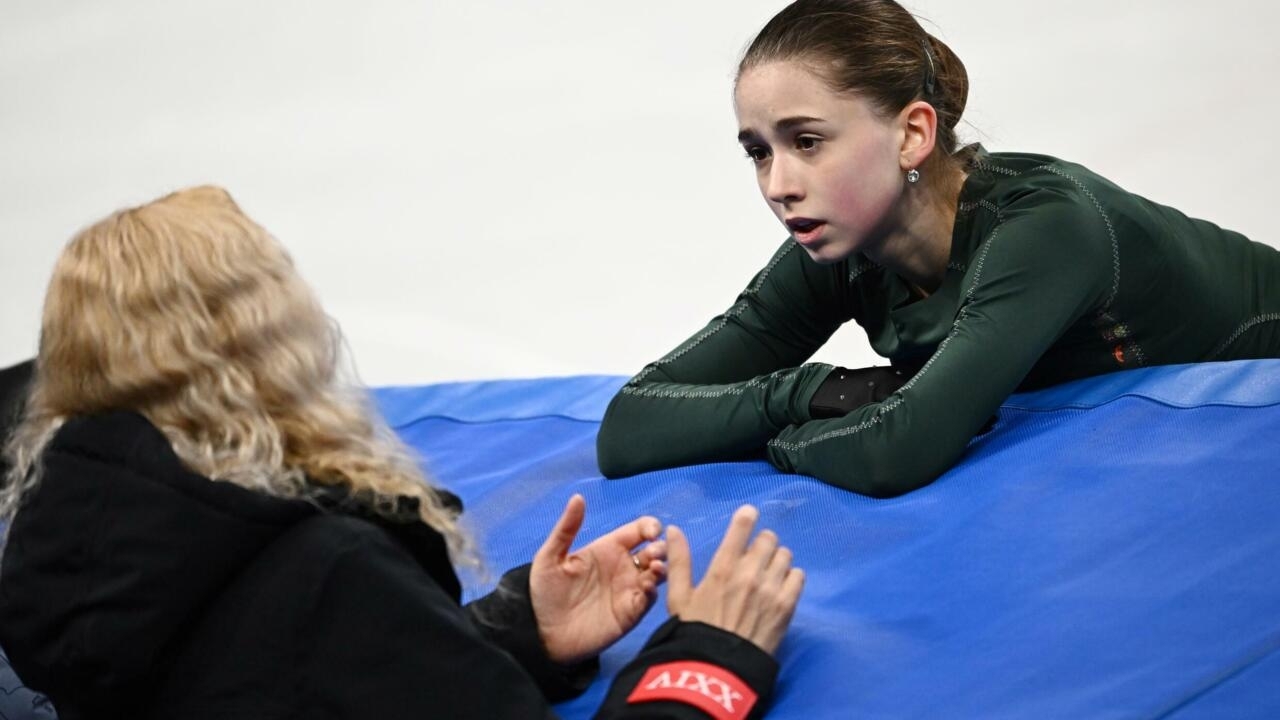 Regretting this permanent renewal, the former skater Katarina Witt, Olympic champion in 1984 and 1988 under the colors of the GDR, used the expression "single use company".

"I have been asked for years why 15 or 16-year-old Russian talents win the Olympics with outstanding performances and then leave the stage forever, too often for health reasons," she said. writes on Facebook.

In women's skating, Olympic champions have always been young.

Six of the last seven titles have been won by teenagers.

This year should be no exception, with 15-year-old Valieva and her 17-year-old teammates Alexandra Trusova and Anna Shcherbakova being the three main contenders for the podium.

All three train under Eteri Tutberidze, the authoritarian and controversial coach at the head of the champion factory that propelled Russia to the top.

But the talent of these very young skaters could wither with puberty, leaving them prone to burnout and injury, some observers fear.

Katarina Witt has therefore asked that the minimum age for skaters on the senior circuit, currently 15, be raised;

a debate that pops up regularly but never materialized.

The Tutberidze school illustrates these concerns perfectly: so far, none of its Russian dolls has competed in more than one edition of the Games.

Its first big star, Yulia Lipnitskaya, was just 15 when she won gold at the Sochi Games in the team event.

His hypnotizing performance to the music of "Schindler's List" had dazzled the public, who then predicted a sparkling career for him.

In 2016, a serious leg injury stopped her in her tracks and she never managed to regain her level.

After her last competition, which she finished in last place, she told the Russian media that she had gone home, put her skates away and hadn't taken them out since.

She also revealed that she had to be followed for anorexia problems.

At the Pyeongchang Olympics four years ago, two more Russian teenage girls, both students of Tutberidze, found themselves on the podium.

Alina Zagitova and Evgenia Medvedeva took gold and silver respectively but have since been eclipsed.

They both say they cannot compete with the Valieva-Trusova-Shcherbakova trio, capable of landing quadruple jumps.

Would youth be the main asset?

Zagitova, now 19, says quads have become "too dangerous" for her and she would have to lose weight if she wanted to try them.

Medvedeva has often been the victim of injuries, especially to the back, which only allow her to turn in one direction.

But Zagitova and Medvedeva are only the most visible victims.

Figure skating forums are full of names of hopefuls who ended their careers after just a few years.

And, according to rumors, Shcherbakova and Trusova will skate this season injured.

Questioned by the media after the short program on Tuesday, Shcherbakova, who came in second, however, came to the defense of Tutberidze.

"I've been training with her since I was 9 years old. If I don't change coaches, it means that I appreciate her, she justified herself. We accomplish a lot of things together, as you can see ."