Between sparkling Kylian Mbappé, Lionel Messi still disappointing and Neymar convalescing but convincing when he returned, Paris SG still have to settle their "MNM" in their quest for triumph in the Ligue de… 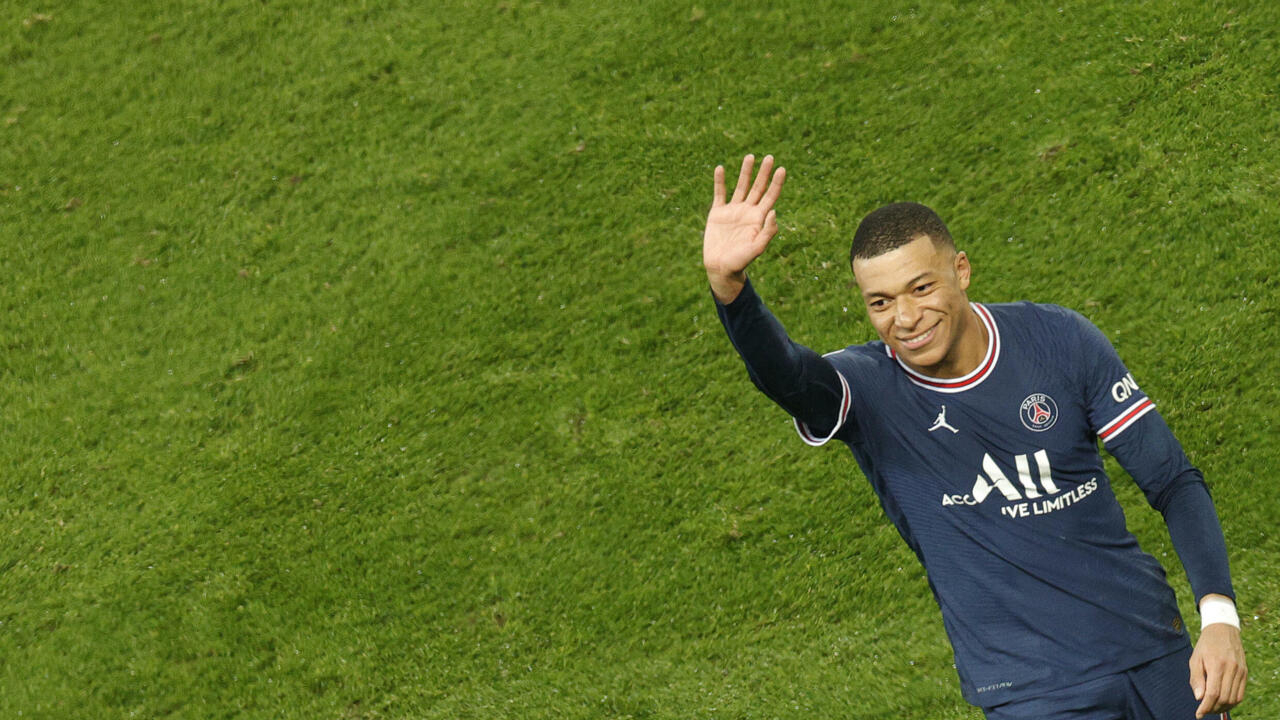 But his benchmark success against a largely dominated Real Madrid on Tuesday (1-0), with a gala Marco Verratti, gives him serenity to work, until the eighth return (March 9).

His feat made headlines on both sides of the Pyrenees on Wednesday.

"How good is this Mbappé!" Exclaim the Spaniards of Marca.

The providential man of PSG scored the winning goal solo in the 94th minute, concretizing a successful collective performance of PSG.

He erased three defenders with a stepover before deceiving a curling shot from a Thibaut Courtois, yet in a great evening.

"A decisive action that will feed his legend," enthuses the sports daily L'Equipe.

"I'm always focused, that's the lot of all attackers. We want to settle the situation until the referee has signaled the end of the match," said the player, who rewarded PSG's domination.

With a "Kyky" (5 goals, 4 assists in C1 this season) in such a state of grace, the Parisians can see far.

At 23, the Bondynois is already mature enough to shine at major European events.

No Madrid player has kept his pace.

He disregarded the very particular context, which earned his name being chanted by the supporters … of Real before kick-off.

Everyone sees him joining the "White House" next summer when his contract expires at the end of June with PSG.

"I knew I was expected, but I became the kind of player who is always expected. I wanted to focus on my football," Mbappé explained.

Paris Saint-Germain football player Kylian Mbappe exults after his goal scored against Real Madrid in the Champions League round of 16 match played on February 15, 2022 at the Parc des Princes stadium in Paris.

Messi, the legend is looking for itself

For PSG coach Mauricio Pochettino, the best player in the world is Lionel Messi, and there's no debating that.

Except that the seven-time Ballon d'Or (34) rarely proves him right since he signed for PSG last August.

Convincing in Lille ten days earlier (5-1), the Argentinian was inside against Real.

He missed a penalty (62nd), diverted by Courtois, which could weigh heavily after the return match.

In the game, the man with 125 goals in C1 tried – his 75 assists make him the third most active Parisian in the sector – but without being decisive.

"Messi played a great game for me, he missed a penalty, but that's football. If the team played well it's also because +Leo+ connected all the elements", defended Pochettino .

The Argentinian player of Paris Saint-Germain Lionel Messi during the Champions League round of 16 match against Real Madrid played on February 15, 2022 at the Parc des Princes in Paris.

His match is a good illustration of his first six months in the capital, between commitment and bad luck - he has hit the posts seven times in L1 this season!

Can he finally adapt to his new Parisian life and to a team which, unlike Barcelona, ​​does not necessarily play only for him?

It has three weeks to regain its effectiveness.

Neymar, to complete a legendary "MNM"

Back on the pitch on Tuesday night after a two-month absence with a sprained left ankle, the Brazilian delivered an interesting 20 minutes, with breakthroughs, a chance, and the final assist for Mbappé, with a pretty backheel.

Paris Saint-Germain football players Neymar (left) and Kylian Mbappe (right) during the Champions League round of 16 match against Real Madrid played on February 15, 2022 at the Princes stadium in Paris.

With its N.10 with peroxide hair, PSG finds its magic trio "MNM" which, until then, has had too few opportunities to express themselves, due to frequent absences.

Three matches are on the program (Nantes, Saint-Etienne, Nice) to recreate the automatisms before Madrid.

"We didn't play a lot together. But with this type of player, you don't need a lot of time, assured Mbappé. + Ney + brought a different breath when he entered. We will try to put him in the best conditions ."

The evolution of the "MNM" will be the main red thread of the coming weeks for PSG which, on Wednesday, is hopeful of unrolling it for a few more months, until the final on May 28 in Saint Petersburg.