Why is it important that Germany and Europe maintain dialogue with China? | East West China Dialogue

In 2022, Germany, Europe's largest economy, which has just completed the transition of the federal government, will begin to assume the presidency of the Group of Seven (G7). How much continuity and stability can people expect from China-Germany relations after the political transition has been completed? Why is it always important to maintain dialogue, cooperation and mutual learning between Ch 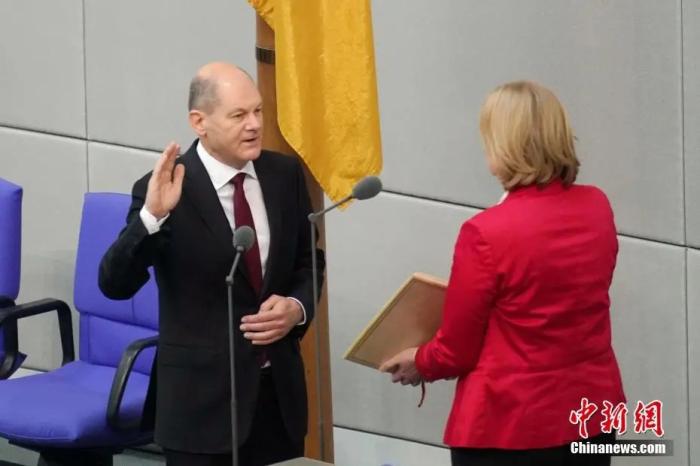 In 2022, Germany, Europe's largest economy, which has just completed the transition of the federal government, will begin to assume the presidency of the Group of Seven (G7).

How much continuity and stability can people expect from China-Germany relations after the political transition has been completed?

Why is it always important to maintain dialogue, cooperation and mutual learning between China and the EU?

Why is the "rule of thirds" ("partners, competitors and institutional rivals") of EU relations with China so urgently needed to be discussed?

In response to the above-mentioned issues, China News Agency's "East-West Question·China Dialogue" recently had an exclusive dialogue with Dr. Hans-Peter Friedrich, a member of the German Bundestag, former deputy speaker, and chairman of the German "China Bridge" Association. ).

Hans-Peter Friedrich said that he is optimistic that Germany-China relations will maintain continuity no matter how the internal affairs of Germany change.

He pointed out that in the face of the challenges faced by all mankind such as the new crown epidemic and climate change, governments of all countries should work together. China and Europe constitute an axis of global development and stability, and the two sides need to work closely together and move forward side by side.

He believes that the Germans can learn from the Chinese how to be more optimistic about the progress made in the field of technology and have the courage to start new projects.

Regarding the EU's "partner, competitor and institutional rival" positioning in its relations with China, Friedrich pointed out that the EU and China are undoubtedly important partners, and competition mainly refers to the competition between enterprises of the two sides, rather than between countries. competition.

Regarding the reference to "system opponents", Friedrich pointed out that neither the EU nor China is willing to change their own political systems.

In his view, Europeans have a strong incentive to ensure that the confrontation between the United States and China does not escalate and that all parties can work together in a peaceful world.

Below is an excerpt from the full text of the conversation:

Peng Dawei: How much continuity and stability can one expect from China-Germany relations?

From a German perspective, China is an important partner not only economically and technologically, but also politically.

In turn, from the perspective of China, Germany is also an important partner in Europe.

Because of this, the relationship between the two parties must have continuity.

Such an important series of partnerships between Germany and China must be nurtured no matter how the internal political landscape changes.

I am also very optimistic in this regard.

Germany now has a new federal government, and I expect Germany's relationship with China to be a priority for the German Chancellery.

Olaf Scholz is the new Chancellor of our Germany.

He was the mayor of Hamburg.

As early as the mayor of Hamburg, he has done a lot to promote the development of relations between Germany and China.

I expect Olaf Scholz to continue this job after he takes office as German chancellor.

His policies have continuity with former Chancellor Angela Merkel.

On December 8, 2021, the new German Chancellor Scholz and all members of the new government cabinet were sworn in at the German Bundestag in Berlin.

The picture shows Scholz taking the oath of office.

David Peng: Why is it so important that Germany and Europe maintain dialogue with China?

First of all, I believe that in a globalized world, when it comes to the challenges faced by all human beings, it is necessary to save our planet from "overloading", such as environmental protection, climate, health and other issues, all Countries must share responsibility and work together.

We are in the midst of a Covid-19 pandemic and feel it firsthand.

In addition, the eradication of hunger is also an important issue.

On the above issues, governments around the world must cooperate, and of course Europe and China also bear special responsibilities.

We all live on the same vast Eurasian continent. I believe that China and Europe constitute an axis of development and stability.

This axis is critical, so Germany and China need to move closely side by side.

Will this open up new space for cooperation with China?

Digitization and tackling climate change are not only two prominent challenges facing the political world, but also a major transformational process for the economic world and business as a whole, which must be completed within the next 10 to 30 years.

As such, digitization and tackling climate change are at the top of everyone's agenda.

Germany and China just have a lot of possibilities for cooperation in the above-mentioned fields.

For enterprises of the two countries, the above-mentioned fields are also of great importance. The utilization of hydrogen energy is one example. In many other specific fields, our two countries will certainly have cooperation in the future.

On October 26, 2021 local time, German President Frank-Walter Steinmeier officially handed over the notice of the end of his term to Merkel, who has served as German Chancellor for 16 years, at the government resignation ceremony.

Peng Dawei: Merkel said in her last interview before stepping down as chancellor, "Germany and the EU should continue their cooperation with China, and both sides can learn from each other."

What do you think each side can learn from the other?

Overall, I think we can learn from China, from the Chinese, how to be more optimistic about the progress made in technology.

Germany is overly cautious about innovation and the development of new technologies in many fields, while the Chinese see the opportunities first and pay attention to the risks second—Germany’s attitude is just the opposite.

I think what the Germans can learn from the Chinese is that it would be great to have the courage to start new projects, to face up to when things are not satisfactory or even temporary failures, and to focus on the opportunities at the same time .

This is a very important point that we must learn from China.

As for what the Chinese can learn from us, that is up to you.

Peng Dawei: What I can think of are green and clean energy and technologies such as hydrogen energy, and more fields - perhaps "cooperation" is more appropriate than "learning".

Peng Dawei: What is your opinion on the EU's "three-dimension" ("partner, competitor and institutional rival") of relations with China?

Will this "rule of thirds" lead to confrontation or even a showdown between different systems?

The "rule of thirds" you mentioned can be found in the coalition agreement of the new German federal government.

But when people look closely at these concepts, the "partnership" is unmistakable. I have just mentioned that it is the cooperation of governments around the world that will enable us to successfully overcome the major challenges facing all of humanity.

In this sense, the issue of "institutional adversaries" really only concerns competition between different power systems, especially between the United States and China.

As Europeans, we have a strong drive to ensure that the US-China confrontation does not escalate and that we can work together in a peaceful world.