The two films were acquitted in the district court after being charged with violating the peace of the grave. The verdict was appealed and the Court of Appeal has now decided that the case will be tried again - by the district court. 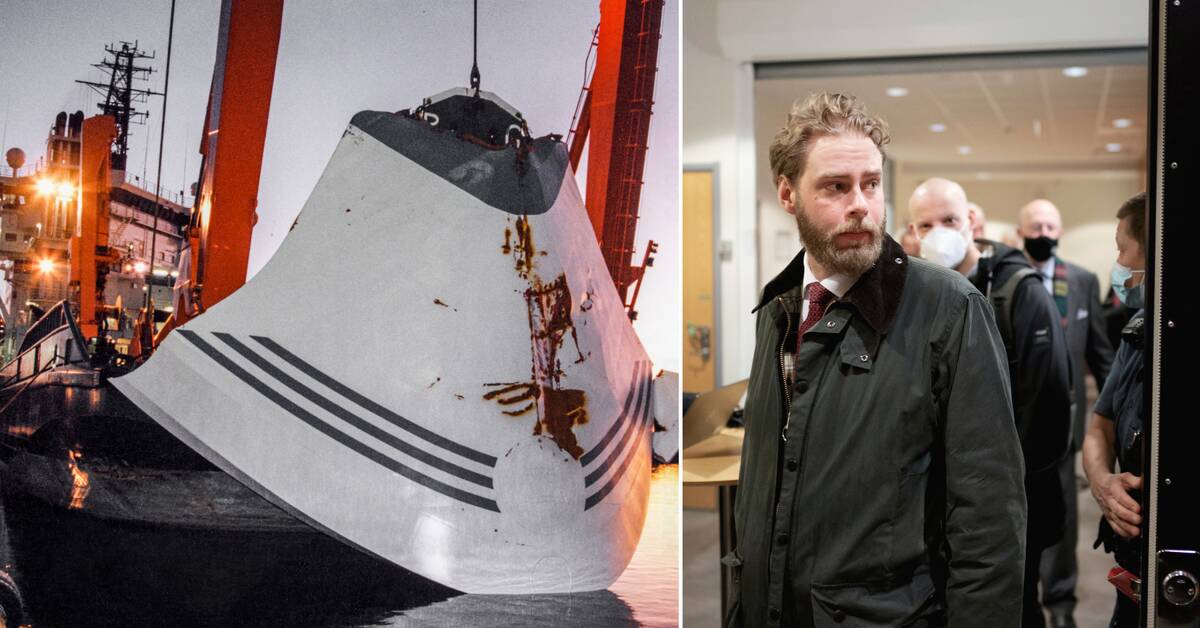 It is expected but we do not agree with it.

That we knew that the Estonian law was not applicable was one of the reasons why we did the expedition.

It's just sad that there will be even more turns because we are quite tired of it at this point, says one of the accused, Linus Andersson to SVT Väst.

In February 2021, the verdict came in Gothenburg District Court, which acquitted the journalist Henrik Evertsson and the wreck expert Linus Andersson, a resident of Torslanda, for the accusations of violating the peace of the grave.

Was on a German-flagged ship

The two accused were on a German-flagged ship in international waters when the dives off Estonia were made.

The district court considered that they could therefore not be convicted of a breach of the peace of the grave by a Swedish court.

We meant by three lines that we did not commit any crime through the investigation we did, Henrik Evertsson said when he was acquitted in the district court.

The Court of Appeal for Western Sweden has now decided that the trial in the district court will be resumed.

They write that the dives made at the Estonia wreck in September 2019 can be tried according to the Estonia Act and that the district court has not tried all the objections that were raised.

It was in September 2020 that the documentary "Estonia - the find that changes everything" premiered.

Damage found by diving with a diving robot.

Something led to the two films being prosecuted and later acquitted of violating the peace of the grave.

The documentary and the new dives off Estonia have led to the accident commissions in Sweden, Estonia and Finland opening to investigate the discovered holes in the hull.

The Swedish government also opened up for the law on grave peace in Estonia to be changed to enable new dives.

Then the investigation around Estonia has commuted