An 18-year-old boy was stabbed in the thigh this Tuesday afternoon when he was in the Calero park in Ciudad Lineal (Madrid) in the company of two other... 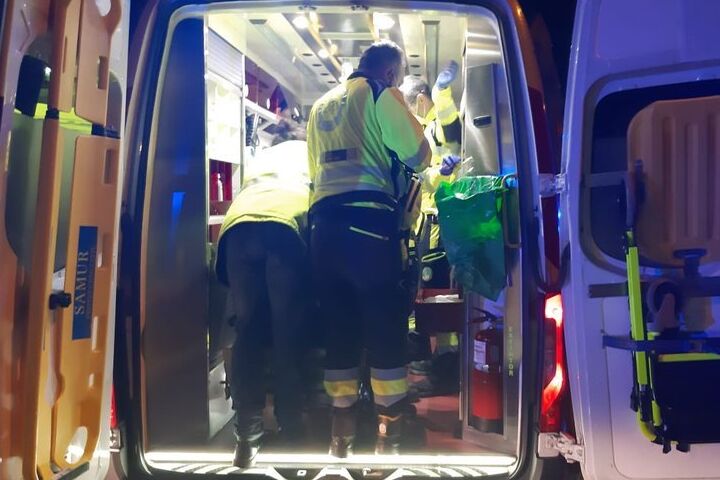 An 18-year-old boy was stabbed in the thigh this Tuesday afternoon when he was in the Calero park in Ciudad Lineal (Madrid) in the company of two other people.

Witnesses point out that

a group of eight people arrived at the scene around 2:15 p.m.

and that one of the individuals stabbed him without saying a word in the thigh of his left leg, very close to the buttock.

The National Police is investigating the case as a

A Samur ambulance has transferred the young man to the Ramón y Cajal hospital with a reserved prognosis, as confirmed by Emergencies Madrid.

The attacked boy is Spanish of Dominican parents.

The agents try to find out if he is related to a gang.

Last Friday, February 4, another 22-year-old was stabbed in the same Calero park at 10:00 p.m. during a brawl in which some 20 people were involved.

He was transferred by Samur to the Gregorio Marañón Hospital with a wound to the left hemithorax.

In the medical center he was detained, since he had a search and arrest warrant from a court for an assault.

This green area of ​​the capital is a place, according to the neighbors, where

young people from the Latin gang of the DDP gather.

Since last weekend, the National Police has deployed

a plan against youth gangs in the region that consists of increasing surveillance of parks and leisure areas where it is diagnosed that these groups move.

During the past weekend there were no brawls or injuries, although the agents identified 3,000 people, arrested 28 and filed more than 100 records for drugs and for possession of prohibited bladed weapons and machetes.

Events The bad companies of the 'Warrior': the 15-year-old minor murdered in Atocha had ties to the Trinitarians, a history and carried a machete in the brawl

Madrid90% of gang members are Spanish and increasingly younger, some under 14