Prominent Emirati singer Hussein Al Jasmi sang in Turkish the famous song "Everything Reminds Me of You", which is the favorite song of Turkish President Recep Tayyip Erdogan. 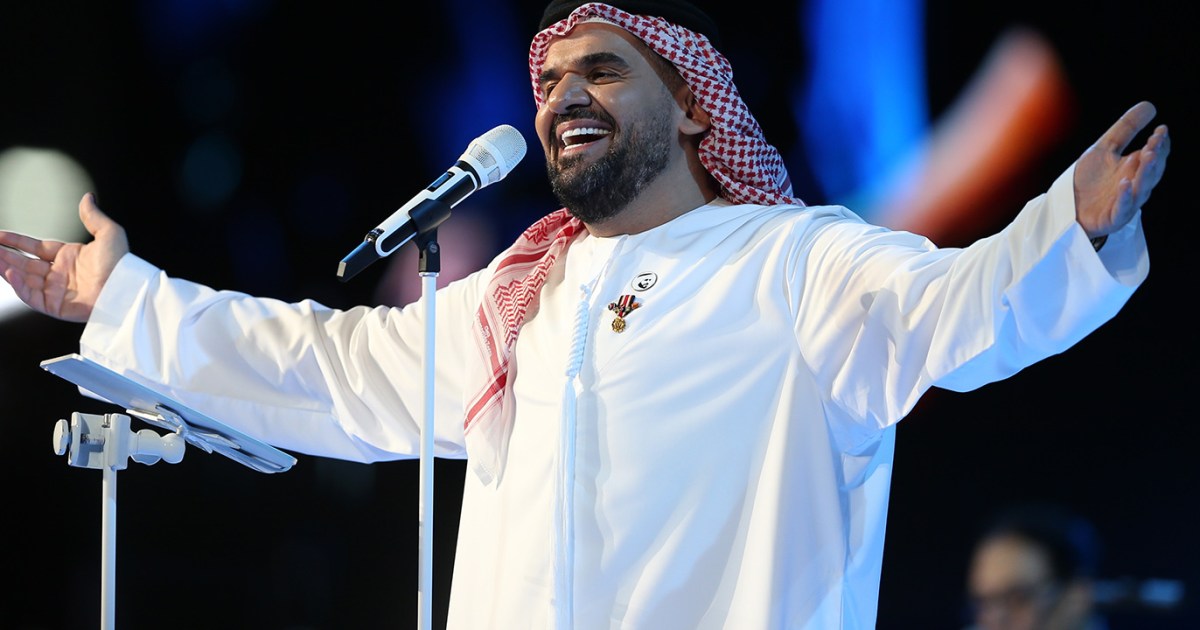 Prominent Emirati singer Hussein Al Jasmi sang in Turkish the famous song "Everything Reminds Me of You", the favorite song of Turkish President Recep Tayyip Erdogan, who began a two-day visit to Abu Dhabi on Monday.

This song was performed by more than one Turkish singer and singer, but the most prominent version belongs to the singer Moazez Abaji, and the song has acquired a political dimension since the end of the nineties of the last century during the journey of Erdogan and the Justice and Development Party to power in Turkey in 2002.

Al Jasmi broadcast, on his YouTube channel, on Monday evening, a video clip of about 4 minutes, in which he sings that song.

The introduction to the lyric clip carried a gift from the Emirati people to their Turkish counterpart.

Al Jasmi appeared while he was sitting on the piano, and sang the song in the Turkish language. In the clip, scenes highlighting the landmarks of Turkey and the UAE appeared.

This love-filled song was sung by President Erdogan on more than one occasion.

And her words say: "Memories surround me, everywhere I look there, though I don't want to think of you, everything reminds me of you, we walked together on these roads."

The clip was liked by more than 22,000 people, including Turks, shortly after it was broadcast on Al Jasmi's YouTube channel.

The clip also spread on social media platforms, especially Twitter, and received many comments on Al Jasmi's account on the platform.

One of the Turks tweeted, "This song is important to us, because it is the song of President Recep Tayyip Erdogan. Thank you."

Another tweeted, "As a Turk I'm proud of you. Thanks for the clip, I think I've listened to it 5 times."

Erdogan's visit to the UAE is widely celebrated at the official and popular levels, and is the first since 2013.

He is accompanied by a large delegation that includes among its members the ministers of foreign affairs, interior, finance, trade, industry and technology, transport and infrastructure, culture and tourism, agriculture and forests, in addition to the head of the Defense Industries Authority.

This visit follows the visit of the Crown Prince of Abu Dhabi, Sheikh Mohammed bin Zayed Al Nahyan, to Turkey on November 24, 2021, which witnessed the signing of several cooperation agreements.