Ukraine and Russia, last hour of the conflict: Ukraine could renounce the NATO candidacy to avoid war with Russia 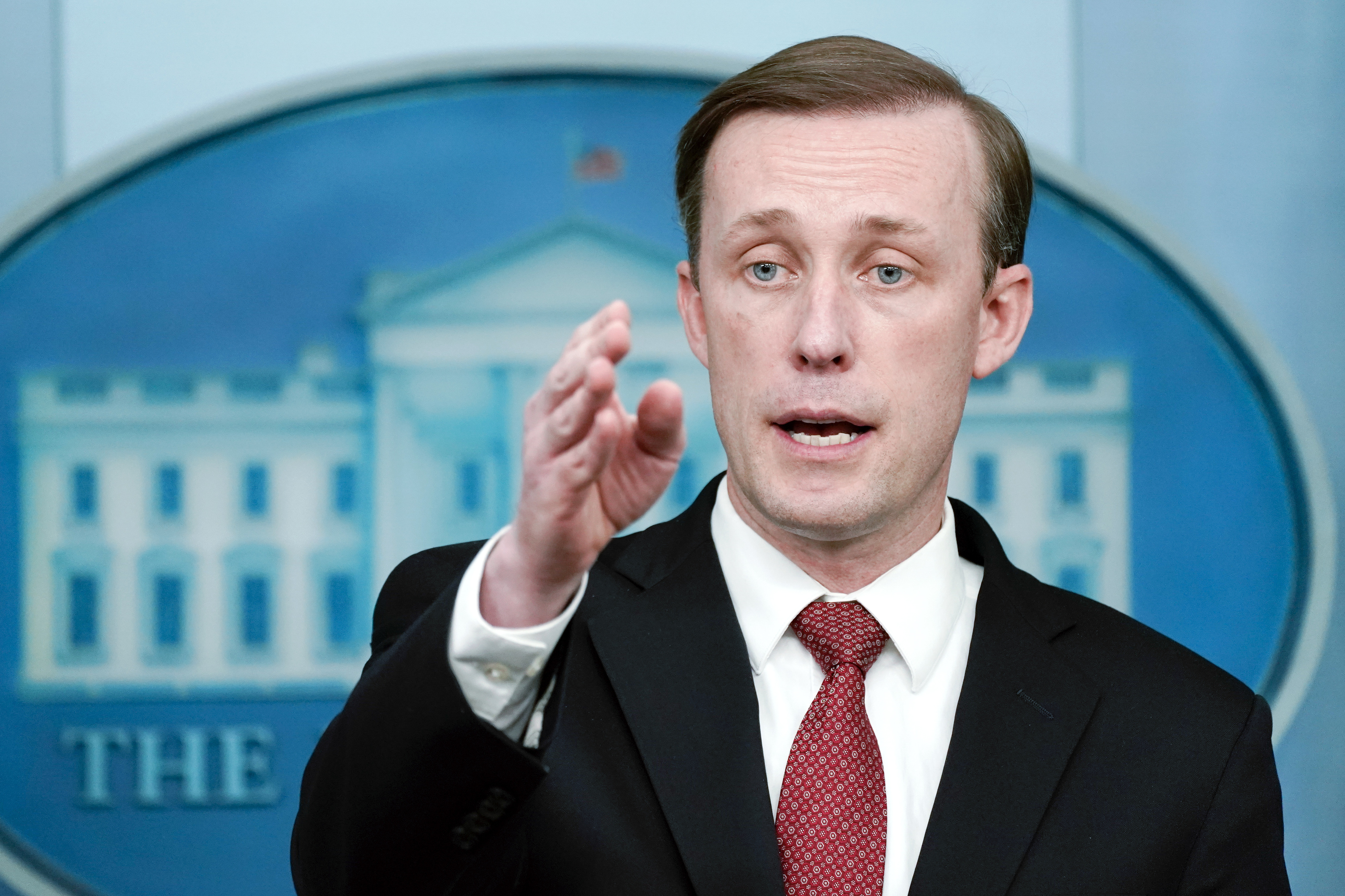 The United States insists on the high possibility of a

"very soon" , and US President

reiterated the commitment to Ukraine's sovereignty and territorial integrity.

The security adviser to the US government,

has assured in a televised interview that an invasion of Ukraine by Russia could occur "at any moment".

"We cannot predict the day exactly, but a Russian invasion of Ukraine could start at any time, including as early as the week now."

For his part, the president of Ukraine,

has invited Biden to visit Kiev in the coming days, as a powerful signal that will

contribute to the de-escalation

of the Ukrainian crisis due to the threat of a Russian attack.

"I am convinced that his arrival in Kiev in the coming days, which are crucial to stabilize the situation, will be a powerful signal and will contribute to de-escalation," Zelensky told Biden in an almost hour-long phone conversation they had this Sunday. .

Ukraine could give up NATO candidacy to avoid war

Ukraine could abandon its NATO bid to avoid war with Russia, according to the BBC, in what would be

a major concession to Moscow

in response to the increase in Russian troops on its borders.

, a move Russian President Vladimir Putin has said would be a trigger for war, Reuters reports.

"It is possible that we will, especially if they threaten us with it, blackmail us with it and push us into it," Prystaiko said when asked if Kiev might change its position on joining NATO.

Putin says Ukraine's growing ties to the alliance could make it a launching pad for NATO missiles aimed at Russia.

He says Russia must establish "red lines" to prevent it.

Ukraine is not a member of NATO, but it has a promise dating back to 2008 that it will eventually be given a chance to join, a step that would bring the US-led alliance to the border with Russia.

Ukraine vows to keep its airspace open despite heightened tension

Ukraine on Monday vowed to keep its airspace open amid heightened tensions over fears of an imminent Russian attack, prompting major insurers to tell Ukrainian airlines they will stop insuring aircraft flying over the country from Monday.

"The airspace over Ukraine remains open, the state is working to prevent risks for air carriers," the Ukrainian Ministry of Infrastructure said on Sunday, reports Efe.

The Government had to react publicly after the

Ukrainian airline SkyUp stated that a flight covering the route between Madeira and Kiev had to land in Chisinau,

the capital of Moldova, because the Irish company that owned the plane announced a ban on flying over the Ukrainian airspace.

Jake Sullivan Says Russian Invasion In Ukraine Could Be 'Any Time'

US government security adviser Jake Sullivan said in a televised interview today that a Russian invasion of Ukraine could happen "at any time."

"We cannot predict the day exactly, but a Russian invasion of Ukraine could begin at any time,

including the week that begins now

," Sullivan said in an interview on the CNN channel, collected by Efe.

in the next 48 hours

with Russia and all the participating countries

of the OSCE Vienna Document

after Moscow ignored the ultimatum it had to respond in detail about its military activities near the border with Ukraine.

"Russia has not even responded to our request

under the Vienna Document" on measures aimed at building confidence and security, presented by Ukraine last Friday, for what it had until today, Ukrainian Foreign Minister Dmitro Kuleba said in his official Twitter account, reports Efe.

Zelensky invites Biden to visit Kiev "in the next few days"

US sources said Biden and Zelensky "agreed on the importance of continuing down the path of diplomacy and deterrence."

The Ukrainian presidency added that Zelensky urged Biden to visit Kiev "in the next few days" as a show of moral support, although

the White House did not cite the invitation

in its statement about the telephone conversation, AFP reports.

appeared firm in his determination to "immediately"

apply sanctions against Russia if it attacks Ukraine

"In the event of military aggression against Ukraine that threatens its territorial integrity and sovereignty, we have tough sanctions that we have carefully prepared and that can be applied immediately," Scholz said on the eve of his departure.

arrives in Kiev on Monday before visiting Moscow

the worst crisis since the Cold War.

The German leader will visit the two capitals in the reverse order of what French President Emmanuel Macron did last week in his bid to quiet the war drums that are beating in Eastern Europe.

, challenging the West over NATO's expansion into countries that were in the orbit of the former Soviet Union.

Western countries remain united over Putin's demand for assurances that NATO will withdraw its forces and deny Ukraine's potential membership of the alliance.

But US intelligence has warned that in the weeks of negotiations, Russia has had time to prepare a major offensive, should Putin decide to attack Ukraine.

Washington on Sunday reaffirmed its warning that Russia is ready to strike "at any moment" with an assault that could begin with "a significant barrage of missiles and bombs."

US President Joe Biden briefed his Ukrainian counterpart Volodimir Zelensky on Sunday about his telephone conversation with Putin on Saturday.

The Biden-Putin conversation did not change the situation, according to the White House.

with Ukraine at a "critical" moment in the crisis, a Downing Street spokeswoman said today. .

despite the fact that the Executive believes that all the information available indicates that Moscow could be planning an invasion "at any time".

According to local media, Johnson receives information from secret service officials on a daily basis, while working with other global allies to provide more defensive and economic support to Kiev.

"The crisis on the border with Ukraine has reached a critical juncture. All the information we have suggests that Russia could be planning an invasion of Ukraine at any moment. This would have disastrous consequences for both Ukraine and Russia," the spokeswoman for Russia said. Downing Street in a statement.

The official source of the London Executive also pointed out that "there is still an opportunity for de-escalation and diplomacy, and the prime minister will continue to work tirelessly together with our allies so that Russia moves away from the brink (of war)".

The British Executive has not specified with which leaders Johnson will talk this week.