The Iranian nuclear program.. Tehran talks about the worsening difficulties in the negotiations and accuses the West of evading commitments

Iran accused the West of putting obstacles in the Vienna negotiations aimed at reviving the 2015 nuclear deal in order to evade its commitments, while a Russian official spoke of tangible progress in the talks. 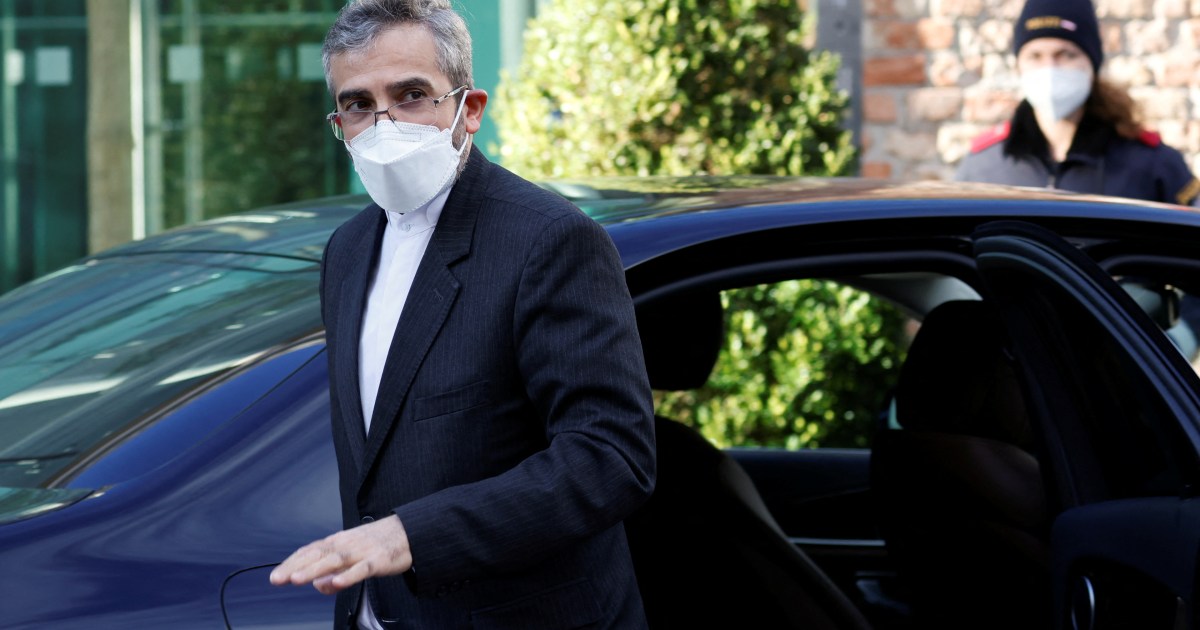 Iran accused the West of placing obstacles in the Vienna negotiations aimed at reviving the 2015 nuclear agreement in order to evade its commitments, while a Russian official spoke of tangible progress, amid talk of the need to take political decisions in order to resolve these talks.

In a tweet on Twitter on Sunday evening, the Secretary-General of Iran's Supreme National Security Council, Ali Shamkhani, said that the work of Iranian negotiators to move forward with Tehran's rational decisions is becoming increasingly difficult.

Shamkhani added that what he called the play of the initiative of the western parties to evade obligations continues, as he put it.

Tonight's phone conversation with Dr. Bagheri, about the #Vienna_negotiations, put two things on my mind:

1. The difficulty of the Iranian negotiators' work to move forward with Tehran's logical and legal decisions is exacerbated moment by moment

He added that he reached these conclusions after a telephone conversation he had on Sunday evening with the chief Iranian negotiator in Vienna, Ali Bagheri.

Earlier, the Secretary of the Iranian National Security Council said that the voices being heard from the US administration show that there is no internal harmony for making political decisions to move forward with the Vienna talks.

In parallel with Tehran's talk of difficulties in the negotiations, the Chief of Staff of the Iranian Armed Forces, Major General Mohammad Bagheri, said that his country will continue to develop its missile capabilities.

On Sunday, Iranian media quoted a source it described as close to the Vienna negotiations, that the United States has not yet taken a decision regarding the Vienna talks, accusing Washington of procrastination.

The Iranian news agency "IRNA" quoted this source as saying that a large part of the texts of the agreement were drafted, which is considered a remarkable progress in the negotiations.

The source added that if Western countries take the necessary decisions regarding lifting sanctions and nuclear files, a "result" can be reached in a very short period of time.

For his part, the Russian delegate to international organizations in Vienna, Mikhail Ulyanov, spoke on Twitter on Sunday about tangible progress in the ongoing negotiations in the Austrian capital.

And last Thursday, Russian Foreign Minister Sergei Lavrov said there was still a long way to go before reaching a revival of the 2015 nuclear deal.

The eighth round of the Vienna negotiations between Iran and the 4+1 group started on the seventh of this month, and included statements from the participating parties that the negotiations had entered their final and decisive stages, and Washington's repeated demands to expedite an agreement.

The current negotiations aim to allow Washington and Tehran to simultaneously return to abide by the agreement supported by current US President Joe Biden.

Tehran demands the lifting of all sanctions targeting it, and says that it has returned a clear program of action to Vienna, while the United States considers that the conclusion of the agreement has become an urgent matter.

In this context, Israeli Foreign Minister Yair Lapid said Sunday in a tweet on Twitter that he discussed with his British counterpart Liz Truss nuclear talks with Iran in Vienna and the expansion of strategic relations between Israel and Britain.

For her part, Truss said in a tweet on Twitter that she discussed with Lapid the Vienna negotiations and ensuring that Iran does not obtain a nuclear weapon.

On the other hand, head of the Second Asia Department of the Russian Foreign Ministry, Zamir Kabulov, stressed that his country does not limit itself to the embargo imposed on Iran in matters of military and technical cooperation.

He revealed that the two countries are working to establish a mechanism to protect trade exchange and financial transactions between them from the risks of Western sanctions.

Kabulov added that the new Iranian leadership gave signals to Moscow that Russian companies will have the preference to invest in Iran after the lifting of sanctions.