The Economist: Diplomatic insults... Another facet of political brutality

When Liz Truss traveled to Moscow on February 10 for talks with her Russian counterpart, Sergey Lavrov, she sure hoped her intervention would help ease tensions over Ukraine, but no way. 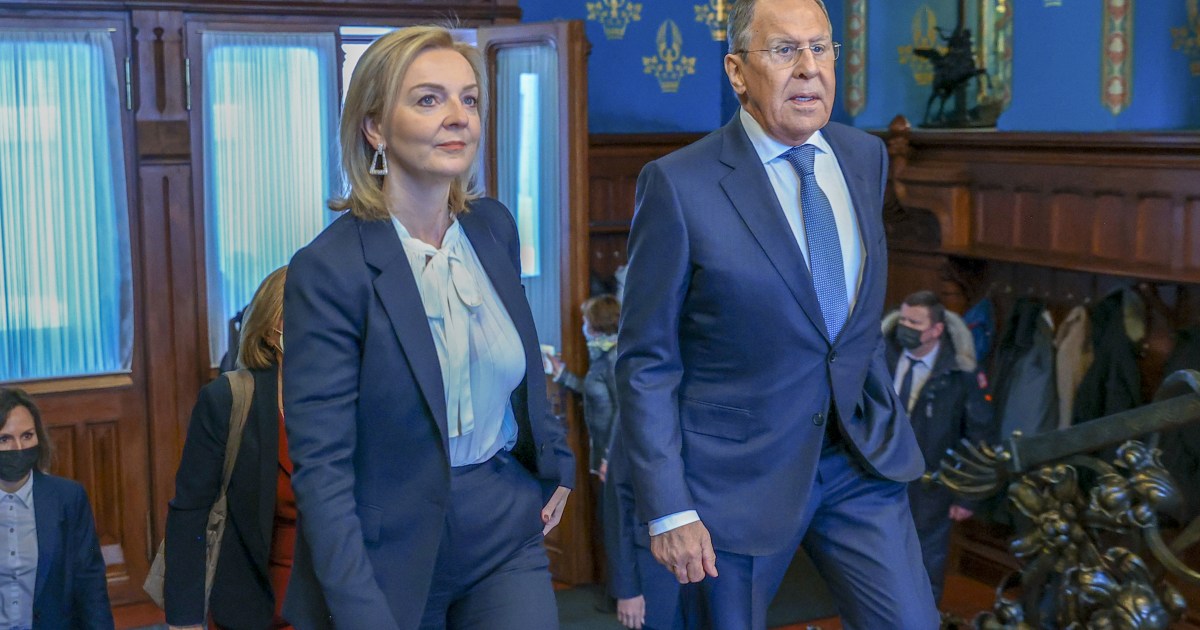 When Liz Truss, Britain's foreign secretary, traveled to Moscow on February 10 for talks with her Russian counterpart, Sergey Lavrov, she was surely hoping her intervention would help ease tensions over Ukraine, but things did not go as planned.

And the British newspaper, The Economist, said, in a report, that Lavrov described his conversations with Truss during a press conference as a "dumb with the deaf" conversation, before leaving and leaving Truss in front of the cameras' lenses alone.

The report shows that Lavrov is known for his rudeness. In 2015, the microphone picked him up describing foreign officials as "idiots." He is not the first to use insults as a diplomatic tool, because the history of world leaders exchanging verbal insults is long.

In its report, the newspaper shows that the history of diplomatic verbal insults goes back centuries, and cites as an example a story that it said occurred during the rule of the Ottoman Caliph Sultan Selim I, who ruled from 1512 to 1520.

And he remembered that he chose a strong way to announce his victory over Banu Dhul-Qadr, a buffer state located between his empire and the Mamluk Sultanate in Egypt. Finally, Sultan Selim overthrew the Mamluk state after he invaded Cairo shortly afterwards.

In another insult, as The Economist reported;

In 1827, the Ottoman governor of Algeria struck the French ambassador with a fly, causing Algeria to live under colonialism for more than 130 years.

The newspaper points out that modern diplomacy tends to be less materialistic, but maintains the same charge. Hugo Chavez, who ruled Venezuela between 1999 and 2013, was famous;

With the insults he hurled at US President George W. Bush, he regularly referred to the American president as a "devil".

During a televised address in 2006, Chávez described Bush as, "You are an ignorant, a donkey, a dangerous man, a coward, a murderer, responsible for many genocides, as well as an alcoholic and a liar."

In contrast, Chavez's rhetoric did not appeal to other leaders. During a summit in 2007, the King of Spain publicly rebuked Chavez, saying: "Why don't you shut up?"

Cursing diplomacy damages the reputation of world leaders, but it is controversial and remains the preferred method of populist and authoritarian leaders;

The way of the populists

Although insult diplomacy damages the reputation of leaders in the world, it is controversial and remains the preferred method of populist and authoritarian leaders, who enjoy projecting their sense of power and self-confidence to their people, according to the report.

In its report, the newspaper cites a position by Robert Mugabe, the late president of Zimbabwe, who once described former British Prime Minister Tony Blair as "the boy in short pants", and this aroused the approval of people in his country even who were opposed to him, and perhaps for similar reasons;

Among the other autocrats who don't think twice before uttering their words, the paper adds, are:

There is Philippine President Rodrigo Duterte, who in 2016 insulted the European Union after MEPs criticized his brutal war on drugs, saying "Damn you".

In its report on diplomatic insults, the newspaper also mentions the position of North Korean President Kim Jong Un, when, in 2017, he described Donald Trump, the former US president, as a "senile man", in response to the latter's mockery of him, as Trump had described him before That's "Rocket Man".

Another kind of behaviour

The newspaper says that diplomatic insults may take another form beyond the verbal dimension. In 2010, a diplomatic row broke out between Turkey and Israel because the Israeli deputy foreign minister sat the Turkish ambassador on a low-level sofa in a meeting.

Vladimir Putin, the President of Russia, annoyed Angela Merkel, the then German chancellor, by showing her his dog even though he knew Merkel had a dog phobia, the newspaper said in its report.

The Economist report confirms that the diplomacy of vitriolic criticism and insults will continue, pointing out that diplomatic insults have taken a new form in our modern era, where diplomats are now exchanging sarcastic images as insults and reprimands.

For example, as stated in the report, the Supreme Leader of Iran published a tweet referring to Israel as a “malignant tumor” in 2018, and the Israeli Embassy in America responded with a screenshot from the movie “Mean Girls,” which revolves around the adventures of female students. In high schools, "Why are you so obsessed with me?" was written under it.