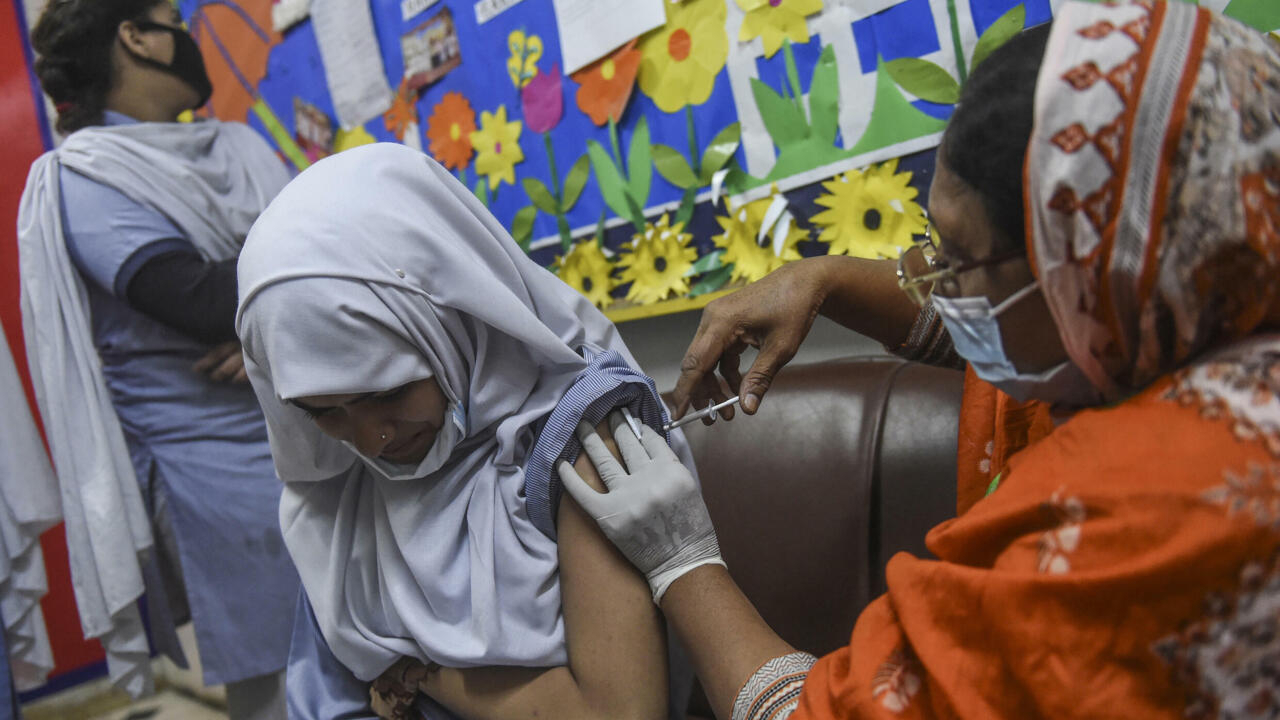 The Ambassador Bridge, a strategic commercial axis between the United States and Canada, reopened after seven days of blockage, but protesters against health measures continued their occupation of the capital Ottawa on Monday.

Washington had put pressure on the Canadian government by asking it a few days ago to use "federal powers" to end a blockage with "serious consequences" on the American economy.

Belgian authorities on Monday blocked vehicles preparing to converge on Brussels as part of the so-called “freedom” convoys of opponents of anti-Covid restrictions, the city’s mayor announced on Monday.

The demonstration, inspired by convoys of truck drivers in Canada, was banned in Belgium and, after weekend rallies in France, Belgian police were deployed on several highways to filter access to the capital, where it will be possible to "negotiate with the police a route on foot," said the mayor.

Participants in the so-called "freedom" convoys in a parking lot near Brussels, February 14, 2022 Kenzo TRIBOUILLARD AFP

About 1,300 vehicles, according to the French police, stopped Sunday evening near Lille, not far from the Belgian border.

In Strasbourg (eastern France) a prefectural decree prohibited any "undeclared demonstration" of anti-vaccination pass convoys near the European Parliament, meeting in plenary session.

Germany plans to gradually remove, from March 20, most of the restrictions put in place to combat the Covid-19 epidemic, according to a government plan unveiled on Monday.

“By early spring, March 20, 2022, restrictions on social, cultural and economic life should be gradually lifted,” reads the eight-page document obtained by AFP which will serve as the basis of discussions during a meeting on Wednesday between the government and the German regions.

A poster informing about the possibility of being vaccinated against Covid-19 in pharmacies, on February 9, 2022 in Berlin STEFANIE LOOS AFP / Archives

Hong Kong hospitals were almost reaching their maximum occupancy rate on Monday, authorities said after acknowledging that the wave of contamination by the Omicron variant has dealt a "hard blow" to the health system.

Although the infection rate remains low compared to other major cities around the world, Hong Kong's policy of sending infected people, even asymptomatic ones, to hospitals and quarantine places has led to overcrowding and an increase in waiting times.

Anyone wishing to enter this communist country which has practically isolated itself from the rest of the world since the start of the pandemic must be fully vaccinated and must observe a three-day quarantine.

Sweden: fourth dose for over 80s

Swedish health authorities on Monday recommended a fourth dose of the Covid vaccine for all people over the age of 80, as well as for residents of nursing homes regardless of age.

Sweden distinguished itself during the pandemic by a more flexible strategy, without confinement and without masks.

With around 16,500 dead for just over 10 million inhabitants, its toll is slightly lower than the European average, but higher than those of Denmark, Norway and Finland.

Vials of the AstraZeneca vaccine against Covid-19 on a production line, February 8, 2022 in Södertälje, Sweden Jonathan NACKSTRAND AFP

The pandemic has officially killed more than 5,813,329 people worldwide since the end of December 2019, according to a report established by AFP on Monday at 11:00 GMT.