The far right continues to divide with the rallying on Sunday to Eric Zemmour of the only senator of the National Rally Stéphane Ravier, a long-time figure in the party, weakening Marine L… 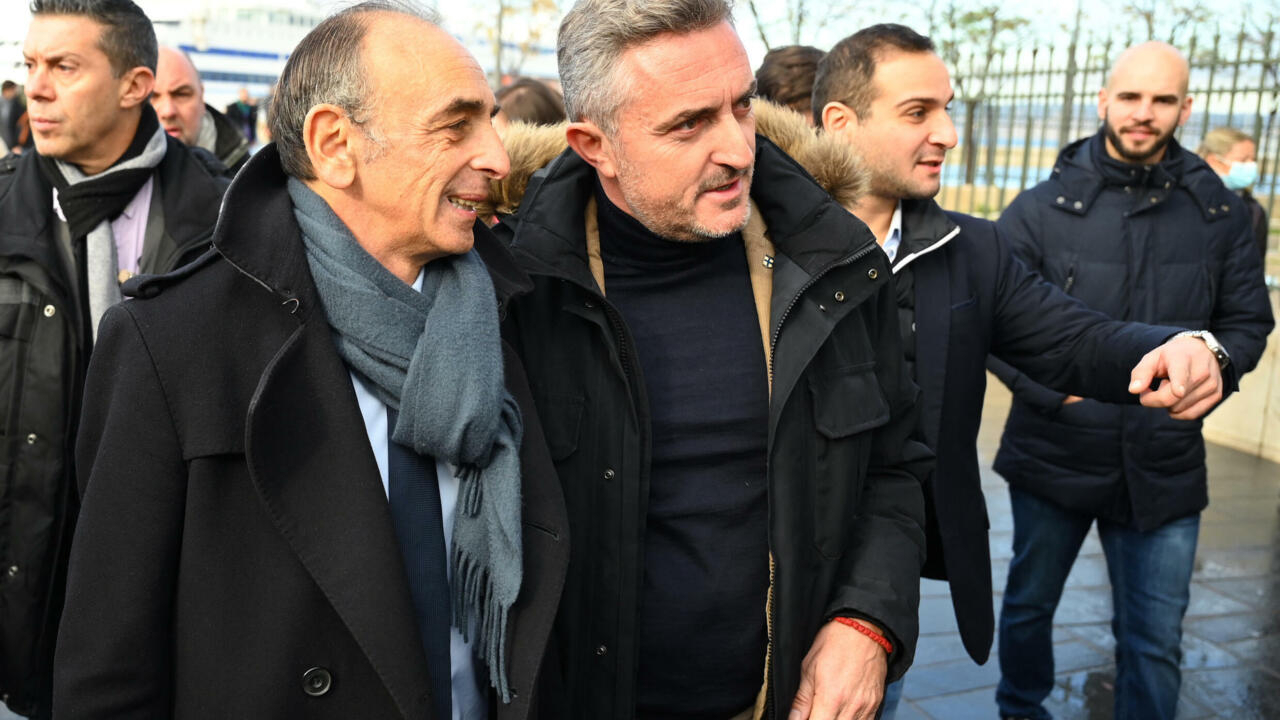 "They (my ideas) are no longer carried by Marine Le Pen and they are carried by Eric Zemmour. From there, it is obviously coherent, logical, to support Eric Zemmour", declared the elected official of Bouches-du- Rhône on Europe1 / CNews / Les Echos, criticizing the "lack of combativeness" of the RN candidate.

He specified that his sponsorship would go to the far-right candidate for "balance of all accounts" but that he "left the RN" where he had been active for "30 years".

RN President Jordan Bardella downplayed this new start on Sunday, after that of three MEPs and several regional councilors.

It is about a "ten elected officials" out of around 1,000, "this is part of the adventures of the campaign", he said on RTL / LCI / LeFigaro, even welcoming "a clarification" by "lovers provocation" and supporters of a "line perhaps more brutal than that of the RN".

However, this line "does not make it possible to win a presidential election" that Eric Zemmour "has no chance of winning", judged the acting head of the RN.

Marine Le Pen, LR candidate Valérie Pécresse and Eric Zemmour are fighting in the polls for the place of the second round against Emmanuel Macron.

"Eric Zemmour is in the process of recreating a glass ceiling which we have managed to get rid of," he argued.

Marine Le Pen herself wanted "those who want to leave to leave" as soon as "now", during a trip to Madrid with MEP Nicolas Bay, also cited among those tempted by Eric Zemmour.

Stéphane Ravier, who had accompanied Eric Zemmour during a hectic visit to Marseille at the end of November, hailed the former columnist of Le Figaro and CNews as a "true unifier", evoking a "return to the sources" of the former president of the FN (now RN) Jean-Marie Le Pen.

He severely criticized Marine Le Pen who, according to him, "lacks combativeness", "no longer has the niaque" and is "permanently in the process of composing, backing down before being elected", on immigration or Islam.

This close friend of Marion Maréchal, who now "leans" for Eric Zemmour, castigated the "non-management" of the party which "has nothing to do with local establishment" and has taken "the habit" of "cutting off heads of all those who have not knelt in front of Marine Le Pen", so many criticisms which had arisen within the movement after the failure of the RN in the regional elections in June 2021.

Stéphane Ravier had pressed Marine Le Pen on Wednesday to "clarify the situation" of his party in Marseille, which was torn around a sponsorship in favor of Eric Zemmour.

Even if he assures that Eric Zemmour "will be in the second round", the senator hinted that he could vote Marine Le Pen against Emmanuel Macron.

"I will vote for France of course".

He made no secret of being in the perspective of a recomposition of his camp beyond the presidential election, "My political time does not stop at April 24", the date of the second round, and after this election "he it will be necessary at some point that we discuss (…), that the great national family meet”, he said while Eric Zemmour promotes “the union of the rights” understood as the meeting of the extreme right and part of the classical right.

Whatever the outcome of the presidential election, "this election will have political consequences on the recomposition of the national thought group", recently told AFP Jean-Marie Le Pen, who supports his daughter but whose adviser Lorrain de Saint Affrique will vote for Eric Zemmour.

"The problem is not to build the future party but to change the future of our children as quickly as possible", judged for his part on Friday the former Sarkozyist minister Thierry Mariani, who supports Marine Le Pen but is cited among those tempted by Eric Zemmour, for whom he does not hide his "sympathy".