In a vote this Sunday, 57% of Swiss people said yes to the anti-smoking initiative. The Alpine country is one of the last countries in the world, along with the United States, not to have ratified the anti-t… 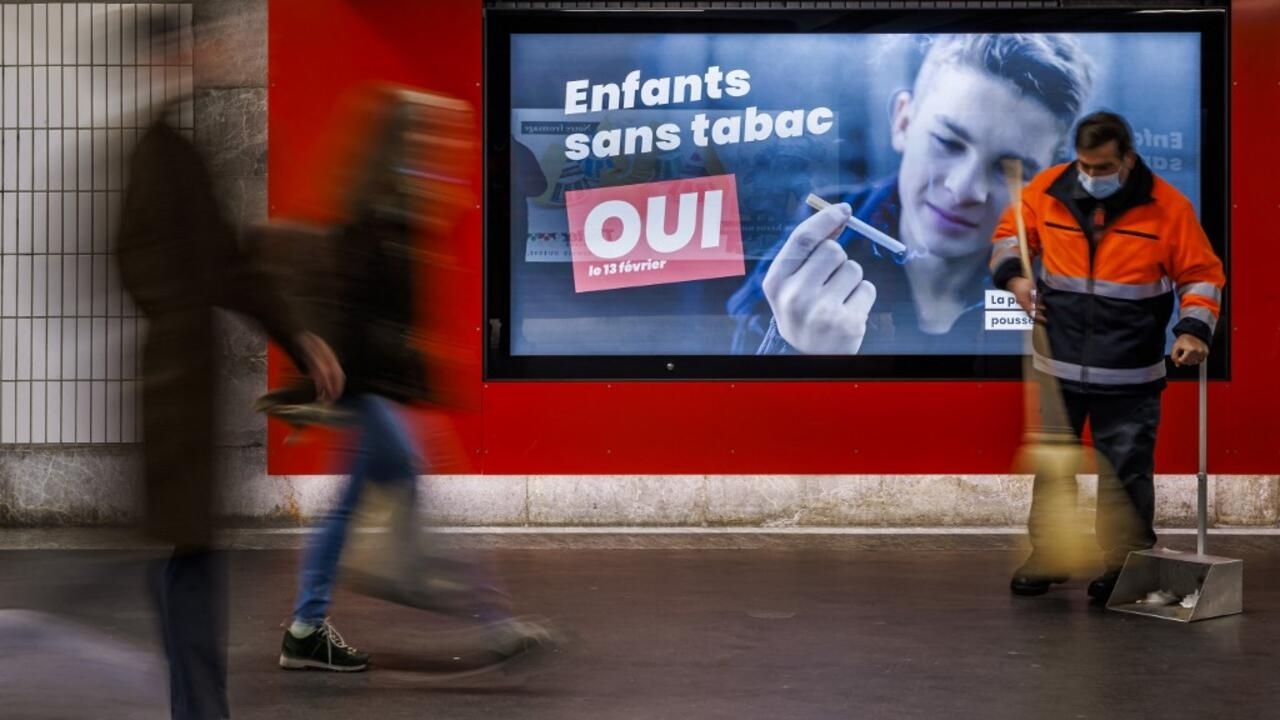 A campaign poster for the referendum against tobacco in Lausanne, February 8, 2022. AFP - VALENTIN FLAURAUD

In a vote this Sunday, 57% of Swiss people said yes to the anti-smoking initiative.

The Alpine country is one of the last countries in the world, along with the United States, not to have ratified the WHO anti-tobacco convention.

Tobacco advertising will henceforth be prohibited in the press, in the cinema, in the street and even on the internet, the new playground of the major tobacco groups, which are very influential in Switzerland.

The result of this Sunday's vote is a snub for industrialists and the right, which felt that the text went against economic freedom, explains our correspondent in Geneva,

But it is also a setback for the government, which favored a much more permissive anti-tobacco law in the field of tobacco advertising, in particular because of the very strong lobbying of the largest tobacco companies in the world, which have their headquarters there. .

Arguments which therefore did not convince the voters while Switzerland is regularly singled out for its anti-smoking legislation among the most flexible of the developed countries.

So far only advertisements on radio and television and those specifically targeting minors are banned.

Some cantons had already tightened their rules and a new law was due to come into force in 2023. But tobacco control groups felt that much more decisive action was needed to protect young people and launched this

An initiative supported by the left and medical associations.

“Individual freedom is on a slippery slope”

Opponents of the advertising ban say the initiative goes too far.

Some have denounced the hygienist trend that is invading our societies.

We are talking today about cigarettes, we will talk about alcohol, meat.

His concerns echo those of Philip Morris International (PMI), the world leader in the sector, which, like British American Tobacco and Japan Tobacco, is headquartered in Switzerland and helped fund the “no” campaign.

Individual freedom is on a slippery slope

,” a spokesperson for the tobacco company told AFP, urging authorities to ensure that advertising aimed at adults remains authorized.

One in four people smoke

With this “yes”, Switzerland enters the ranks of the fight against smoking.

The country is one of the last countries in the world, along with the United States, not to have ratified the WHO anti-tobacco convention.

It should now be able to validate it, as almost all countries have already done, including states such as Syria and North Korea.

With around one in four people smoking, the Alpine country pays a heavy price for smoking: 9,500 smoking-related deaths per year, for a population of 8.6 million.

The Swiss Minister of Health explained that the law on the prohibition of tobacco advertising should not come into force this year.

The same rules will apply to electronic cigarettes.