Lagging behind in the polls, the candidate of the Les Républicains (LR) party gathered this Sunday more than 7,000 people at the Zénith de Paris. A first big meeting in the capital for Valérie Pécre… 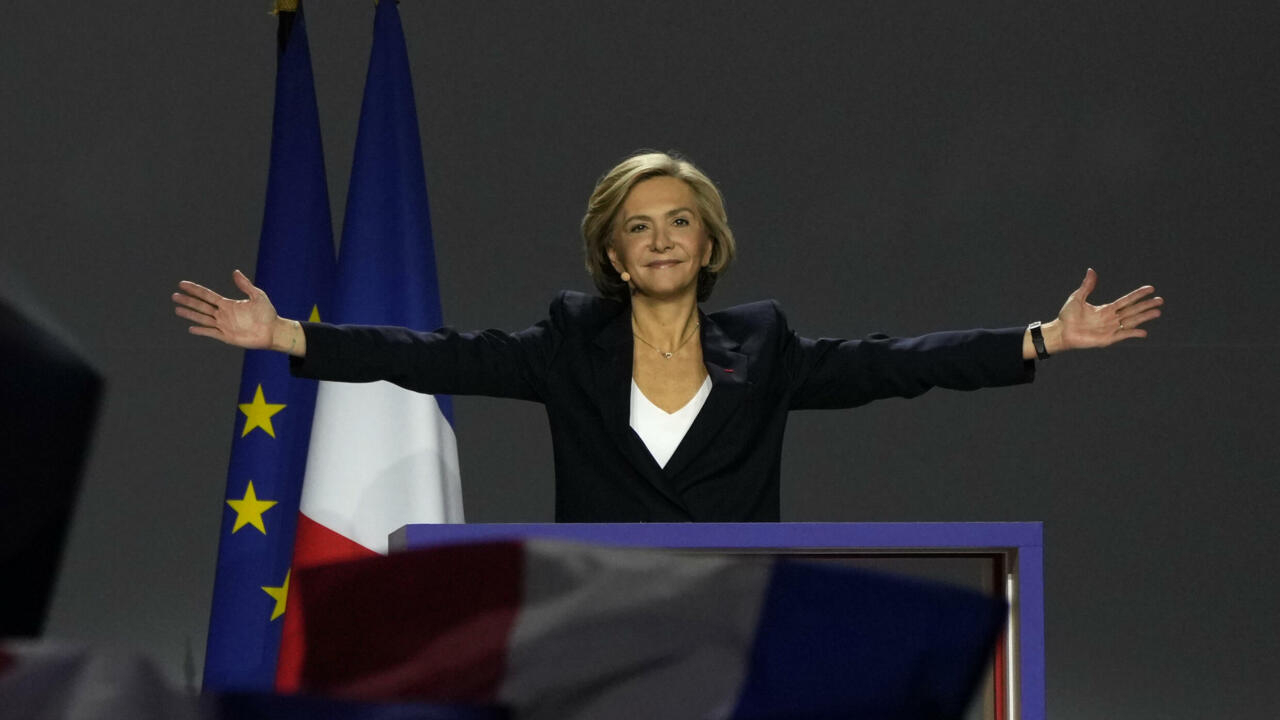 The right-wing candidate Les Républicains (LR) for the presidential election Valérie Pécresse, during her first major campaign meeting, on February 13, 2022, at the Zénith, in Paris.

Lagging behind in the polls, the candidate of the Les Républicains (LR) party gathered this Sunday more than 7,000 people at the Zénith de Paris.

At the Zénith de Paris, the time was this Sunday for the rally.

After a difficult week with several

All the major figures of the party were present, except the former president,

, who has still not given his support to the right-wing presidential candidate.

Before going on stage, she kissed Rachida Dati who had crushed her campaign manager Patrick Stefanini on Thursday, and took care in her speech to pay tribute to Jacques Chirac, Nicolas Sarkozy and François Fillon.

To listen and read also: The noose is tightening around Valérie Pécresse

We are here, together, to affirm, loud and clear, that New France is coming

That of seeing our nation rediscover the strength that belongs to winning nations.

Valérie Pécresse, LR candidate, in a meeting at the Zénith in Paris

On a stylized background with blue-white-red colors and two tricolor flags, the candidate LR unrolled the main lines of her program, interspersed with "

r" from her supporters, who decided with the solemn character of his speech.

For more than an hour, she was very firm on the sovereign, while Éric Zemmour judged her "

" on Saturday, vilifying the "

She promised to resort to a citizens' initiative referendum and addressed all aspects of her program: "educational nation", defense of nuclear power, 10% increase in wages.

I want France in order, because I want the France of harmony

We are at a crossroads

, neither the big replacement nor the big downgrading

", affirmed Valérie Pécresse who has never pronounced the names of Éric Zemmour nor of Marine Le Pen.

I defend the French identity, the real

In the public, activists from the far-right collective Nemesis briefly unfurled a banner "

Do not hide your face

", quickly seized by the security service.

For candidate LR, who was inaugurating a new blue and red logo there – a “Valérie Pécresse” encrusted on the V for victory – the challenge was also to tackle her rivals: Emmanuel Macron and the two

with whom it is fighting for qualification in the second round according to opinion polls.

Quoting Jules Michelet and Charles Péguy, she defended wokism which is "

the opposite of the Republic

" and tackled Emmanuel Macron who "

gave in to repentance

racialized the question of the suburbs

The head of state "

will have to be accountable

if we do not react very strongly, a day will come when the French will no longer live together, but face to face

A rather solemn speech that the candidate, criticized for being too technocratic, and sometimes appearing to be overplayed, wanted to humanize at the end, recounting her childhood as a "

", her psychiatrist grandfather, and thanking her husband Jérôme and his children, of whom she said she was "

I am this indomitable French woman

nothing will stop me

The new blue and red logo, a “Valérie Pécresse” encrusted on the V for victory.