Clashes erupted in East Jerusalem on Sunday between Palestinian protesters and Israeli police in the sensitive neighborhood of Sheikh Jarrah. Incidents following a visit by a far-right Israeli lawmaker that inflamed tensions. A total of 31 Palestinians were injured, and several hospitalized. 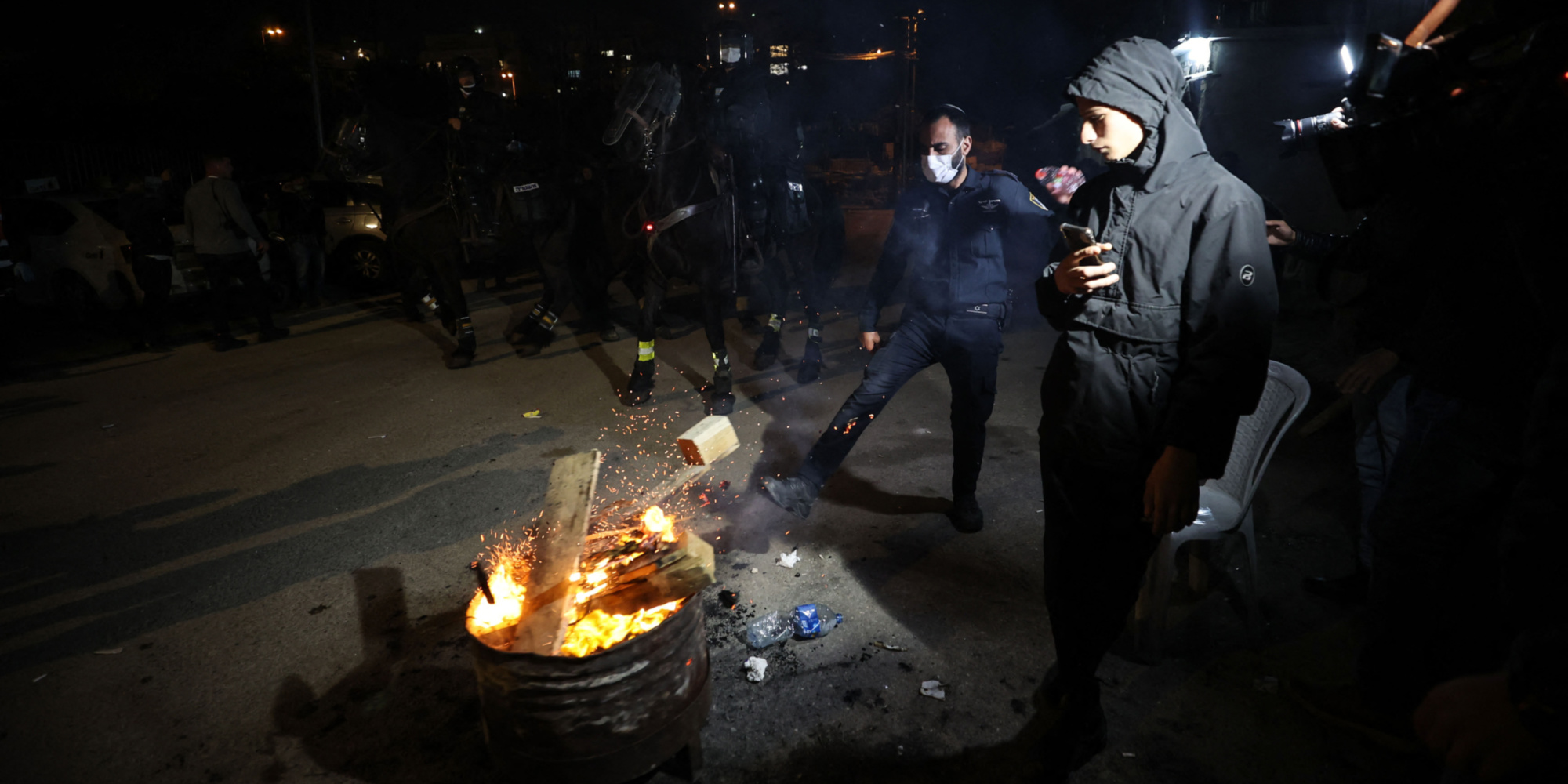 On Sunday in East Jerusalem, clashes erupted between Palestinian protesters and Israeli police in the sensitive neighborhood of Sheikh Jarrah.

Incidents following the visit of a far-right Israeli MP who inflamed tensions.

A total of 31 Palestinians were injured, and several hospitalized.

A total of 31 Palestinians were injured, including several hospitalized, in the clashes in which Israeli police used water cannons and rubber bullets to disperse protesters, according to a latest report from the Palestinian Red Crescent Society.

A neighborhood symbol of the fight against colonization

The Israeli police reported "violent clashes" in the neighborhood of Sheikh Jarrah, which has become the symbol of the struggle against Israeli colonization in East Jerusalem, and announced the arrest of 12 "rioters".

More than 300,000 Palestinians and 210,000 Israeli settlers live today in East Jerusalem, the Palestinian part occupied by Israel since 1967 and then annexed.

The Palestinians aspire to make East Jerusalem the capital of a future state, while Israel considers the entire city of Jerusalem as its capital.

Itamar Ben Gvir, deputy of the far-right party "Religious Zionism" and known for his inflammatory statements about the Palestinians, went to Sheikh Jarrah during the day to open an "office" and support the Jewish residents of the neighborhood.

Prior to his visit, he accused police on Saturday of failing to respond to a suspected arson attack that burned down the home of a Jewish family in the neighborhood.

“If the terrorists tried to burn a Jewish family alive without the police reacting, I would come to the spot,” he said, asking that the police “take care of the safety of the Jewish residents”.

A fight between a deputy mayor of Jerusalem and an MP

Several supporters of the deputy joined him in the neighborhood, chanting "Death to terrorists".

On the other side, a group of Israelis opposed to the lawmaker circulated an online petition calling on people to come to Sheikh Jarrah to support the Palestinians.

A fight broke out between Arieh King, the deputy mayor of Jerusalem, and Ahmad Tibi, an Arab Israeli MP who came to Sheikh Jarrah to express his solidarity with the Palestinians.

Itamar Ben Gvir accused the security forces in the evening of having violently dismantled the tent he had set up as an "office", saying however to "stay sleeping here this evening".

Sporadic clashes continued late in the evening in the neighborhood.

"These irresponsible provocations and any other act of escalation in this sensitive area will inflame tensions and must end," the European Union (EU) representation in the Palestinian Territories wrote on Twitter.

The Palestinian Authority condemned Itamar Ben Gvir's visit, calling it "a provocation threatening to inflame the situation which may become difficult to control".

The Palestinian Islamist movement Hamas, in power in the Gaza Strip, warned Israel against "the consequences of the repeated attacks against the district of Sheikh Jarrah".

In May, demonstrations in support of Palestinian families threatened with eviction in Sheikh Jarrah for the benefit of Jewish settlers degenerated into clashes with Jewish settlers and the Israeli police.

Hundreds of Palestinians had been injured.

In the process, Hamas launched salvoes of rockets towards Israel which replied, violence which gave rise to an 11-day war between the Palestinian movement and the Israeli army.

In recent years, the Israeli colonization of the West Bank, Palestinian territory occupied by Israel, but also of East Jerusalem, has intensified with real estate projects financed by the government, or initiatives by settler organizations to buy houses from Palestinians, or even expropriate them.

Illegal under international law, settlement has continued under every Israeli government since 1967.