Anti-pass convoys continue on their way to Brussels

Some of the self-proclaimed "freedom convoys", which had stopped on Saturday around Paris, left on Sunday morning in the direction of Brussels, but the police remained mobile... 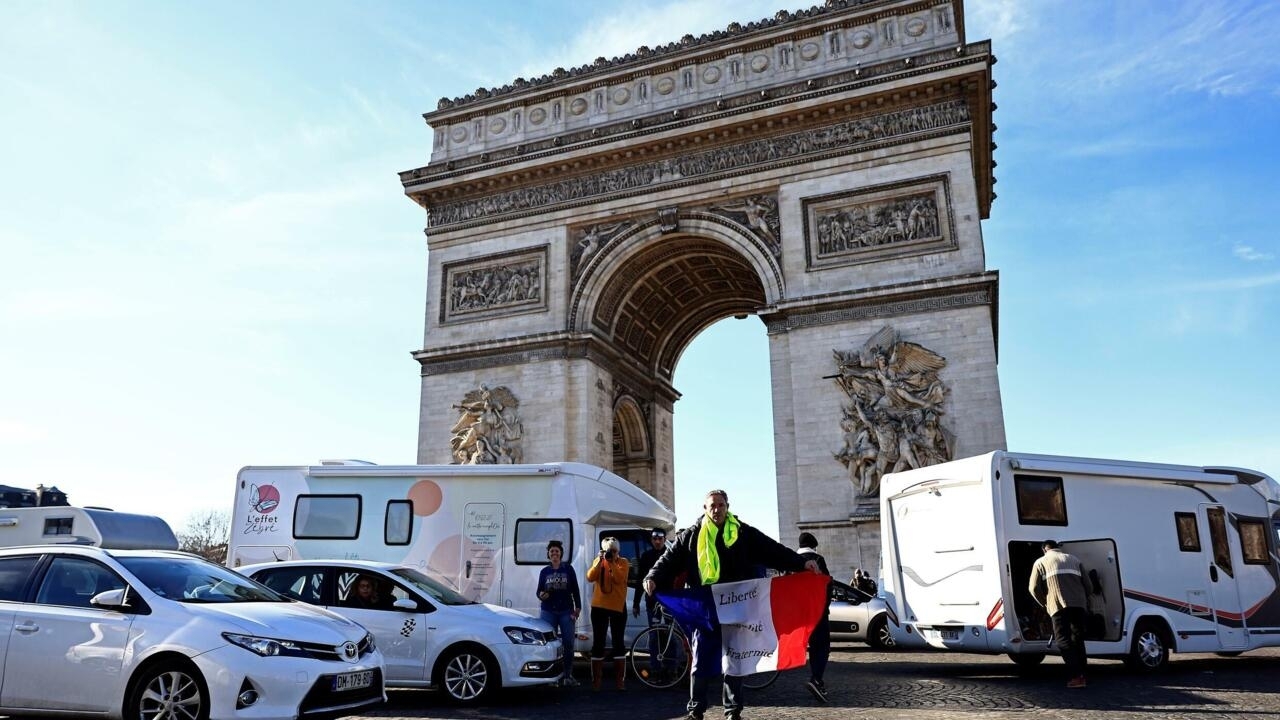 Early Sunday morning, there were a hundred motorhomes in the Bois de Boulogne, 220 vehicles in Seine-et-Marne and 120 in Val-d'Oise, according to a police source.

The watchword of the organizers of the anti-pass convoys is to take the road around 10 a.m. to reach Brussels where a large rally is planned for Monday.

But, according to a police source, not all participants should follow this order.

At the start of the afternoon on Saturday, more than a hundred vehicles had managed to reach the Champs-Élysées, which were gradually evacuated by the police with tear gas.

A handful of diehards, however, remained until late at night from Saturday to Sunday in the Champs-Élysées district and in the Bois de Boulogne, forcing, according to the PP, the police to intervene to "verbalize and disperse "the last participants in this demonstration banned by the prefect of police, Didier Lallement.

The police proceeded on Saturday in Paris to 97 arrests and 513 verbalizations of opponents of health measures participating in anti-step convoys, according to an overall report communicated on Sunday by the PP.

Jérôme Rodrigues, one of the figures of the "yellow vests" movement, films the demonstration which takes place in Place d'Italie in Paris, on February 12, 2022 Sameer Al-DOUMY AFP

According to the prosecution, at 6:00 a.m., 81 people were in police custody, including Jérôme Rodrigues, one of the faces of the "yellow vests" movement, and active support of the anti-pass convoys.

Arrested near the Elysée, he was placed in police custody for "organization of a prohibited demonstration and participation in a group formed with a view to committing violence", according to this source.

In addition, the Paris police prefect on Sunday requested an internal administrative investigation following the broadcast on social networks of a video showing a police officer hitting a man on the avenue des Champs-Elysées on Saturday.

"A video is currently circulating on social networks following a police intervention on the Champs-Elysées. The prefect is having an internal administrative investigation launched," tweeted the police headquarters.

During an arrest on the Champs-Elysées, February 12, 2022 Sameer Al-DOUMY AFP

This video shows a member of the security forces going towards a man and beating him with a truncheon on the head, before leaving.

The man has a head wound.

A heterogeneous gathering of opponents of President Emmanuel Macron, the vaccine pass and "yellow vests", those who call themselves "freedom convoys" have been formed on the model of the mobilization which is currently paralyzing the Canadian capital Ottawa.