Ukraine: Macron and Putin spoke for 1h40 on Saturday

A few days after their meeting, French President Emmanuel Macron and his Russian counterpart Vladimir Putin spoke again on Saturday for 1h40&nbsp;in an attempt to ease the growing tension in the Russian-Ukrainian crisis, indicates the Elysée. Putin must then discuss with the American president Joe Biden. 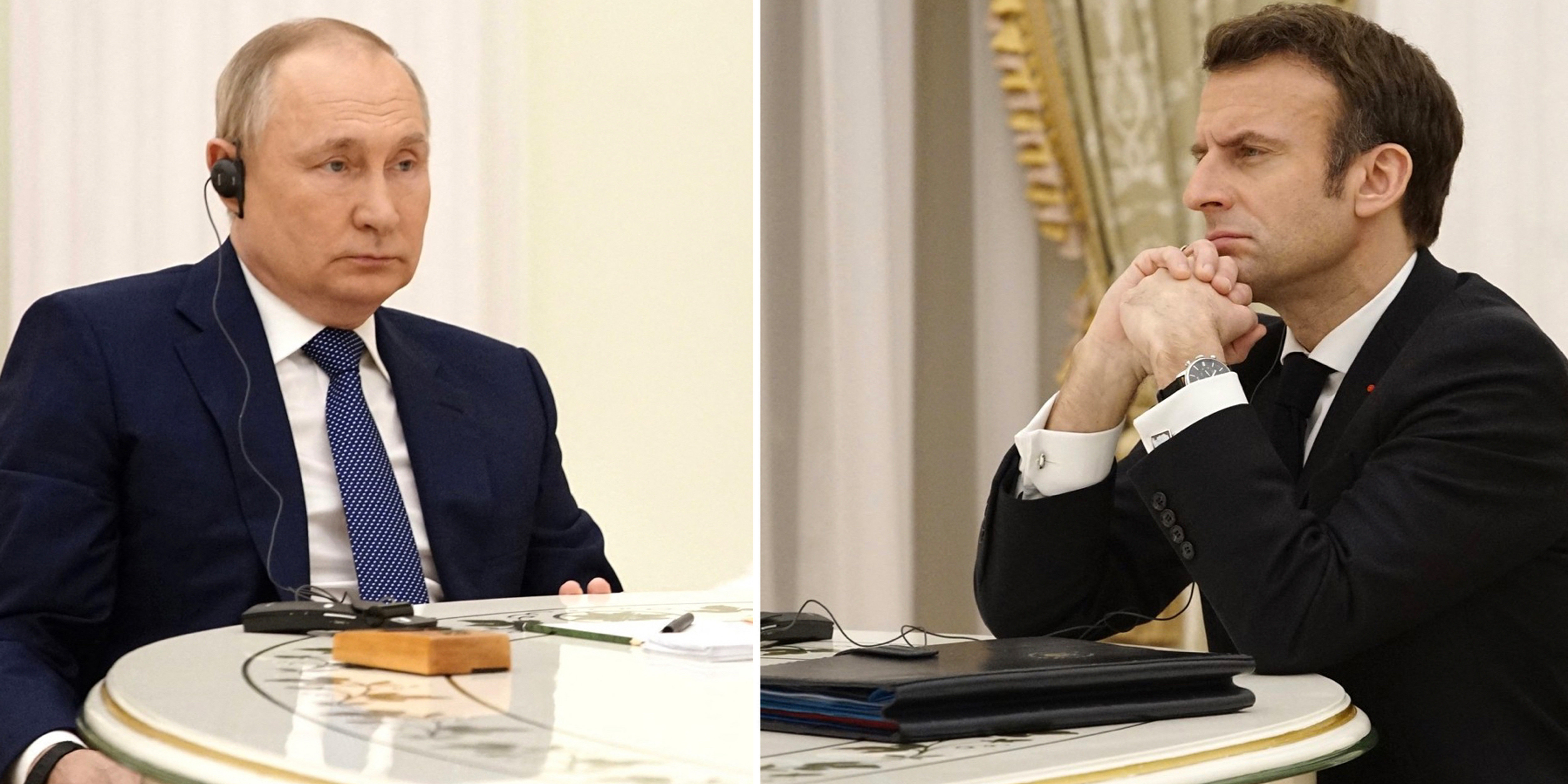 A few days after their meeting, French President Emmanuel Macron and his Russian counterpart Vladimir Poutine spoke again on Saturday for 1h40 to try to reduce the growing tension in the Russian-Ukrainian crisis, indicates the Élysée.

Putin must then discuss with the American president Joe Biden.

French President Emmanuel Macron spoke for 1 hour and 40 minutes on Saturday with his Russian counterpart Vladimir Putin in an attempt to ease the growing tension in the Russian-Ukrainian crisis, the Elysee Palace said.

This interview, which began at 12:30 p.m. (French time), preceded a call to be made later by US President Joe Biden and Vladimir Putin.

- Why Emmanuel Macron placed himself far away during his meeting with Putin?

Information to come on the content of the discussions

The Elysée was to give information in the afternoon on the content of the discussion between the French and Russian heads of state, who had already met for more than five hours on Monday in the Kremlin.

Emmanuel Macron then went to Kiev on Tuesday to meet with Ukrainian President Volodymyr Zelensky, then to Berlin.

The Elysée had indicated that this diplomatic tour had achieved its "objective" by allowing "to move forward" to reduce tension between Russia and Ukraine.

But concern rose at the end of the week, with the United States saying on Friday that a Russian invasion of Ukraine could take place "at any time".

De-escalation is needed on Russia's side, says the United States

US Foreign Minister Antony Blinken said on Saturday that the diplomatic channel remained "open" to avoid a conflict in Ukraine but would require "de-escalation" from Moscow.

For his part, Sergei Lavrov described Washington's accusations as "provocations".

The Ukrainian president lamented on Saturday that warnings of a Russian invasion "cause panic".

Many Western countries, but not France, have asked their nationals to leave Ukraine and Moscow has announced that it will reduce its diplomatic staff there, citing possible "provocations" from the West or from Kiev.