The Korean series "We are all dead" .. The end of the world in a new way

The 12 episodes of "We Are All Dead", inspired by a famous digital comic story of the same name published in 2019, reached the top-watched list on the seventh day of its presentation on the Netflix platform. 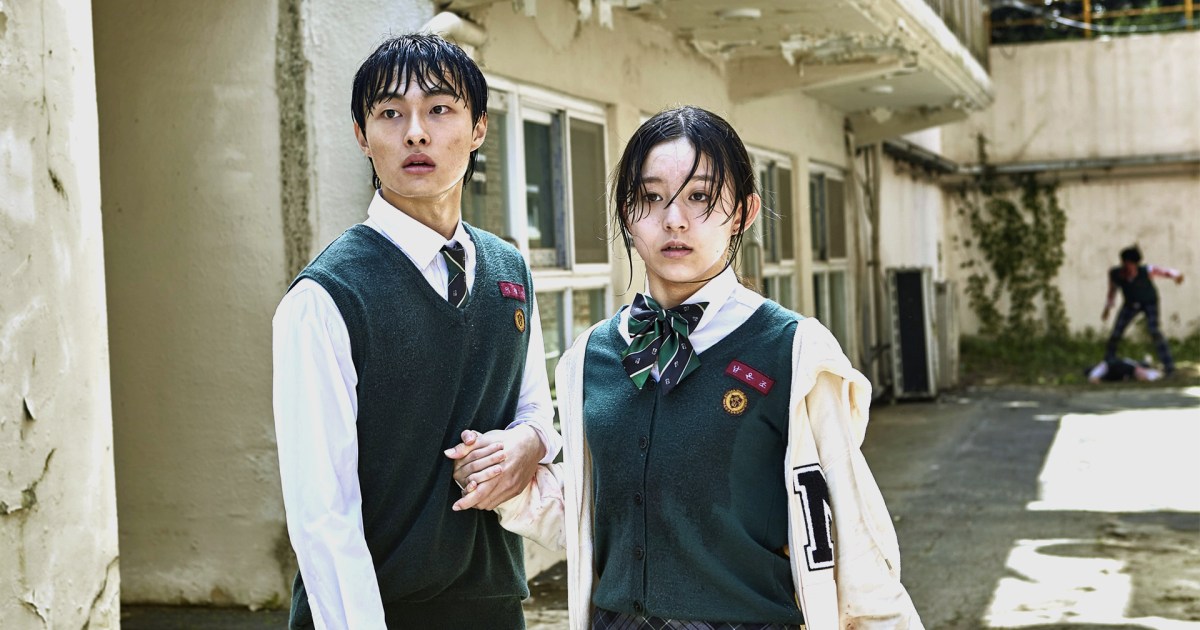 4 months after the South Korean series "Squid Game" was shown on Netflix, and achieved unprecedented records to become the most watched in the history of the network, the new thriller and horror series "All of Us Are Dead" sets a new record During the first weeks of its presentation.

There is no way to escape

The series tells the breathtaking story of high school students in South Korea who are trapped after a zombie epidemic invades their school, after a girl was bitten by a laboratory mouse that was the victim of a failed scientific experiment. Students, the school becomes the cradle of the outbreak.

With the students rapidly spiraling out of control, zombies take over, the school sinks in a pool of blood, and the uninfected seek to escape.

But the chances of surviving from the zombies that filled the classrooms and roads are almost impossible, and the police did not respond at first because they did not believe the idea that there were really zombies, but soon the virus spread and invaded the entire city.

A zombie virus breaks out fast inside a school.

See the endangered students who fought to survive and escape in the Korean zombie horror All Of Us Are Dead.

Among the characters was Nam Eun Joo, whose father is a firefighter who taught her survival skills, through which she tries to save herself and the rest of the students.

Meanwhile, scenes of bites and attacks on those trying to stop zombies are repeated, and the new infected bid farewell before their humanity fades, and the survivors' attempts to protect themselves continue.

Besides being an action-packed zombie series, it also sheds light on high school students' issues, including the bullying that caused the start of this epidemic, harassment on social media, students' mental health, exam pressure and applying to college.

This is what makes “We are all dead” distinct from a large number of other existing zombie works, and many American websites have stated that the series is similar to the zombie epidemic with the Corona pandemic and its rapid outbreak, but with a dry cough replaced by a continuous thirst for human flesh and the lack of chances of survival.

"We're All Dead" became the fourth Korean work to top the Netflix charts of non-English TV series, after "The Squid Game", "Hellbound" and "The Silent Sea".

The series achieved more than 236 million watch hours in just two weeks of its release, benefiting from the growing interest in Korean drama following the success of "The Squid Game", which watched for 1.65 billion hours in its first 28 days of release.

Netflix has spent about $500 million on South Korean content over the past year, and viewership of Korean business has jumped more than 200% between 2019 and 2021.

While the network has yet to announce the production of a second season of the series, it seems inevitable that this ending has left viewers waiting to learn the rest of the story.