The peak of infections seems to have passed in France, and even if the pressure remains strong in the hospital, the number of admissions is down. The authorities therefore announced, on Friday February 11, to… 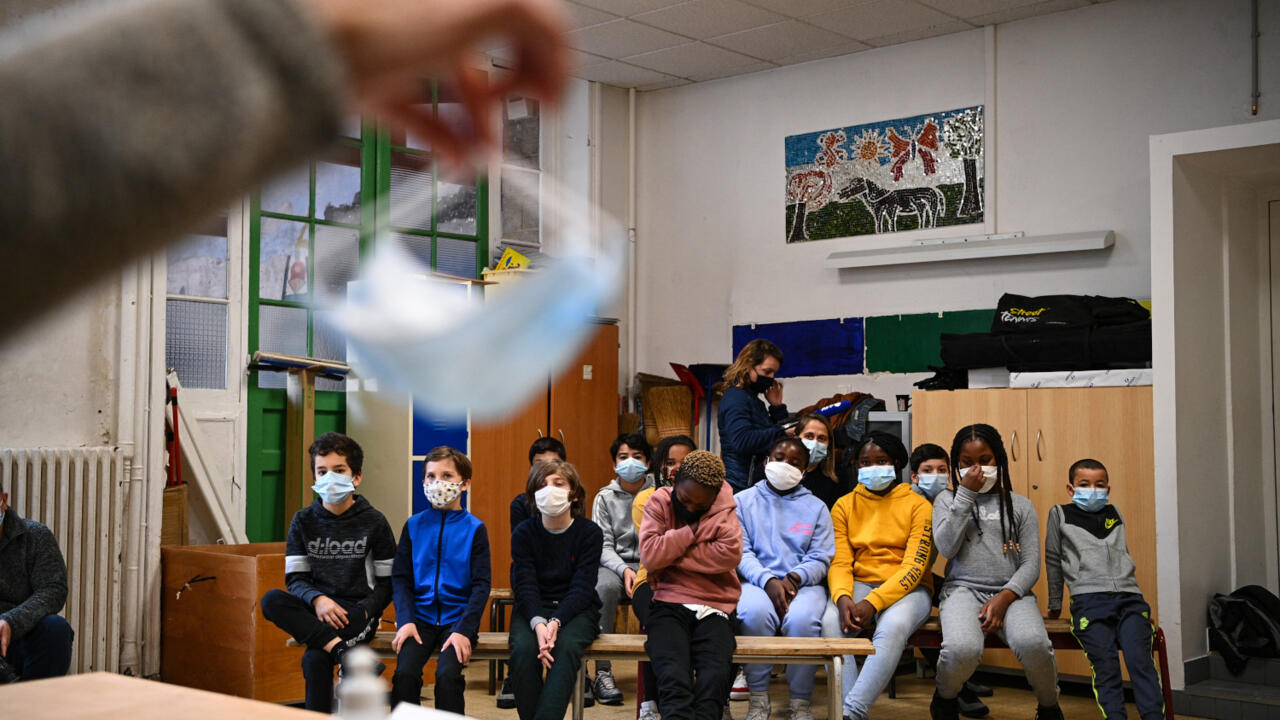 After the winter holidays, the protocol will be lightened in schools: no more masks in primary school playgrounds, for example.

The peak of infections seems to have passed in France, and even if the pressure remains strong in the hospital, the number of admissions is down.

From February 28, the French will be able to drop the mask in closed places where the vaccination pass is required such as cinemas, theaters, museums, restaurants or bars, except in transport.

If they are in contact, they will only have to do one more test after two days.

►Also read: “Freedom convoy”: leaving from all over France, the first demonstrators arrive in Paris

A measure that will also apply to students.

In schools, the protocol will also be lightened at the end of the holidays, i.e. from February 21 for zone B and March 7 for zone C. No more masks in elementary school playgrounds, and pupils can again be mixed with their comrades of the same level.

The declarations on honor of tests that families submit to the school will be abolished from February 21.

End of tests for travelers to France

Finally, from this Saturday, vaccinated travelers arriving in France, regardless of the country they come from, will no longer have to present a negative test.

Only unvaccinated people from a country on the "orange" list will have to show a compelling reason to travel to France and may be subject to a random test on arrival.

And then, next Wednesday, the nightclubs will reopen, as planned.

It will also be the return of standing concerts and glass or coffee at the counter in bars.

for the end of March or the beginning of April, while the surge of contamination linked to Omicron has decreased significantly since the end of January.

On Friday, there were thus 159,323 daily cases on average over the last seven days against 273,180 the previous Friday.

In recent days, however, the virus still causes the death of 250 to 300 people daily.