Biden warns Putin by phone: "The US will impose a severe cost on Russia"

Hours after Washington and its allies warned that Russian forces could invade Ukraine at any moment, US President Joe Biden and Russian... 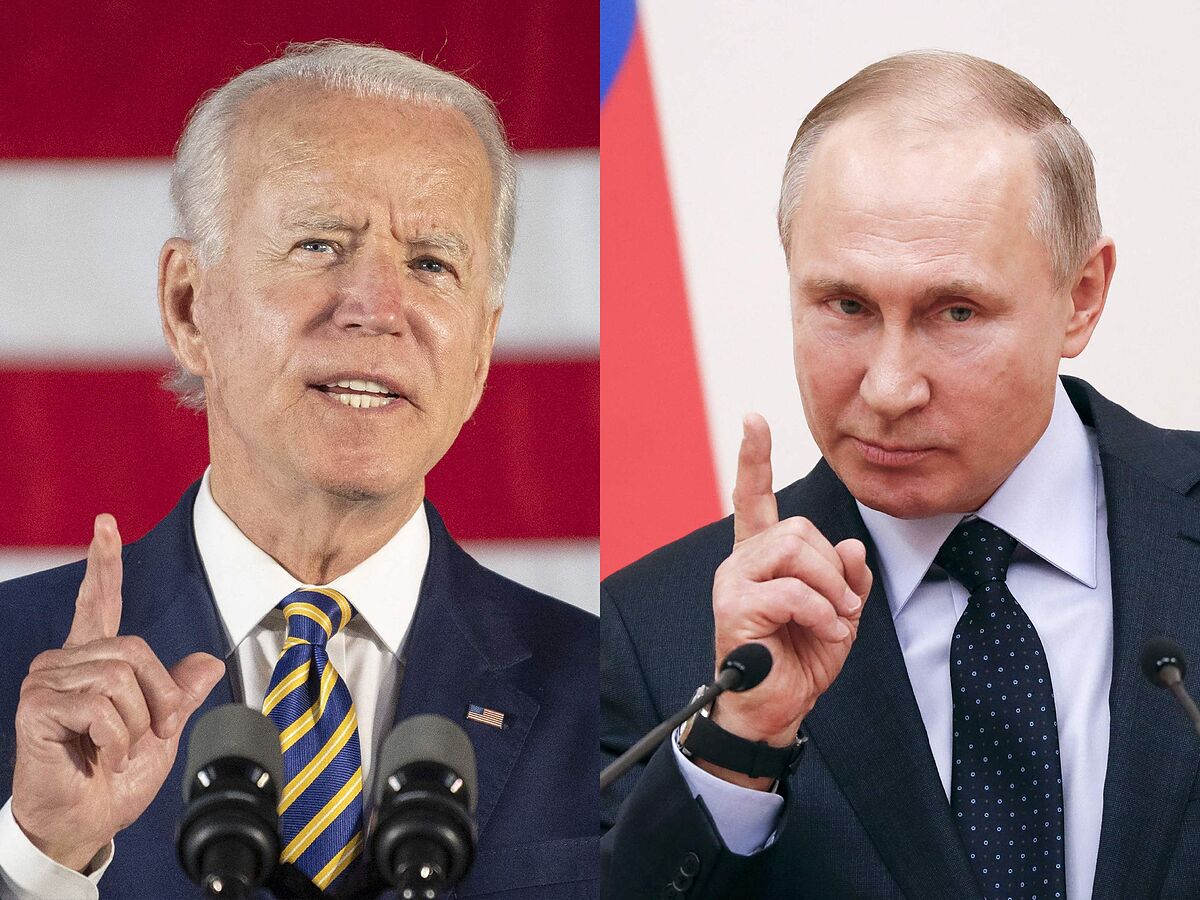 Hours after Washington and its allies warned that Russian forces could invade Ukraine at any moment,

spoke by phone for an hour

According to a White House note, President Biden was clear that "if Russia undertakes a new invasion of Ukraine, the United States, along with our allies and partners, will respond decisively and

impose a severe cost on Russia

The US leader was clear that while the United States remains prepared to engage in diplomacy, "we are equally ready for other scenarios."

The conversation came shortly after Russia

That of Biden and Putin was not the only contact between the two countries.

US Secretary of State Antony Blinken shared a 35-minute call on Saturday with his Russian counterpart Sergei Lavrov.

Blinken stressed that the path to a negotiated solution remains open

despite Moscow's troop buildup, according to a State Department official.

No signs of offense

The Russian president, and his French counterpart, Emmanuel Macron, also discussed the Ukraine crisis in a phone call that lasted one hour and 40 minutes.

According to a French presidential official, "

from what Putin has told Macron, we have no indication that Putin is preparing an offensive

The call with Macron came days after the two leaders met in Moscow for more than five hours of talks that bore no fruit and left a halo of mistrust.

The Russian leader spent that meeting reciting grievances dating back to the end of the Cold War.

Putin denounces that the West has broken its commitments to Russia since 1997 with the expansion of NATO to include nations of the former Soviet bloc.

chased away a US submarine in Russian waters in the Pacific

after the submarine ignored a Russian order to surface, according to the Russian Defense Ministry account, which summoned the US military attaché after this incident.

The submarine was seen near the Kuril Islands early Saturday morning as Russia conducted naval exercises with its Pacific Fleet and was ordered to surface immediately.

It appears that the order was ignored by the crew of the US submarine, prompting the crew of Russia's Marshal Shaposhnikov frigate

to use unspecified "corresponding means" to make the ship leave

Russia's defense minister also spoke by phone with his American counterpart on Saturday when, hours after the United States and other Western nations warned that war in Ukraine could break out at any moment.

ArgentinaAlberto Fernández: the key to Russia's entry into Latin America

From 2013 to 2022 'Drums of war' on the Russian-Ukrainian border: a timeline of the crisis