As part of the investigation into the party scandal, the London police send a legal question to Johnson

British Prime Minister Boris Johnson received a legal questioning from London police yesterday, Friday, as part of an investigation into the scandal of parties held in Downing Street that violated the closure imposed to combat the Corona virus. 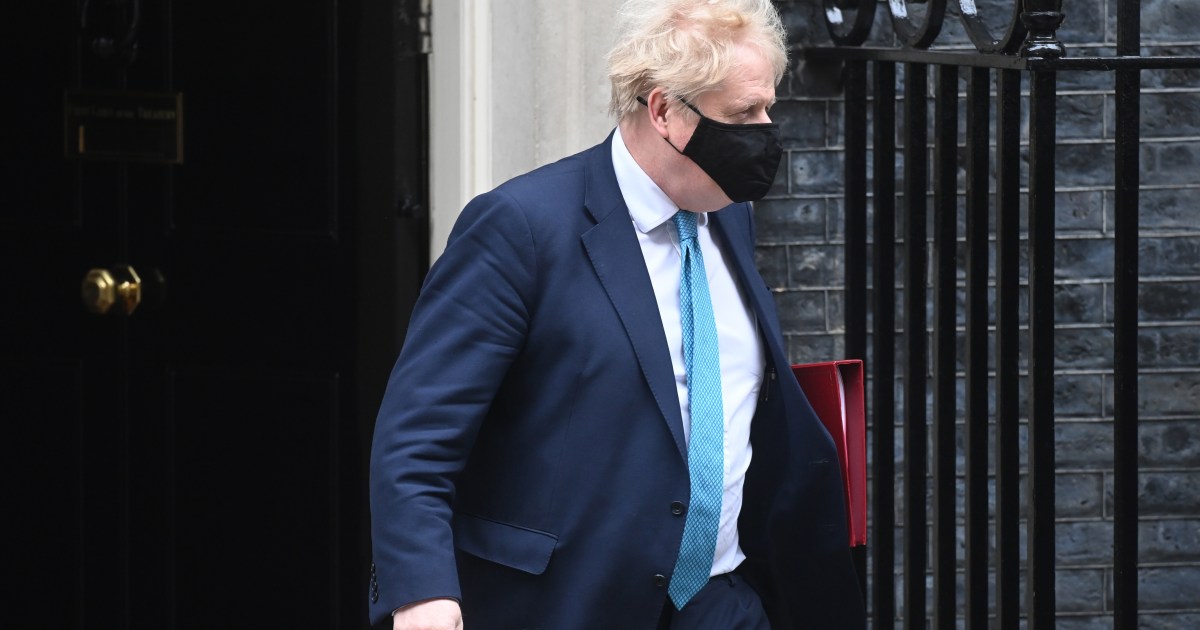 British Prime Minister Boris Johnson has received a legal questioning from London police as part of their investigation into the scandal of parties in Downing Street that violated the closure imposed to combat the Corona virus.

A spokesman for the British Prime Minister confirmed that the Prime Minister had received the legal form from the Metropolitan Police and said that he would "respond to what is required."

The move means that Johnson will have to provide a valid reason for attending those events organized during the restrictions imposed due to the Corona virus, or else he will face a fine.

For his part, a police spokesman said in a statement: "We can confirm that the Prime Minister has received a question form from the London Police. He will respond to it as he should."

Investigators in this case announced Thursday evening that they would contact "more than 50 people" to obtain their statements about this scandal, which threatens Johnson's political future.

Johnson participated in a party

The police statement came hours after the media published a new picture in which Johnson appears to participate in one of these parties with two other people.

The questionnaires investigate the activities of these people during 12 occasions held at the Prime Ministry during the closure between 2020 and 2021.

Johnson has come under increasing criticism in recent weeks due to anger over the many parties at the British government headquarters during a period when it urged Britons to avoid social contact in order to stop the spread of the Corona virus.

This sharp and unusual attack of the long-standing conservative politician highlighted the danger threatening Johnson's future due to the scandal of what has become known as "Party Gate", especially as many ruling Conservative Party deputies had previously called for him to resign.