Who betrayed Anne Frank? A recent investigation at the heart of a controversy

It was supposed to end a World War II mystery, but a new book about famous young Jewish writer Anne Frank quickly found itself at the heart of controversy. 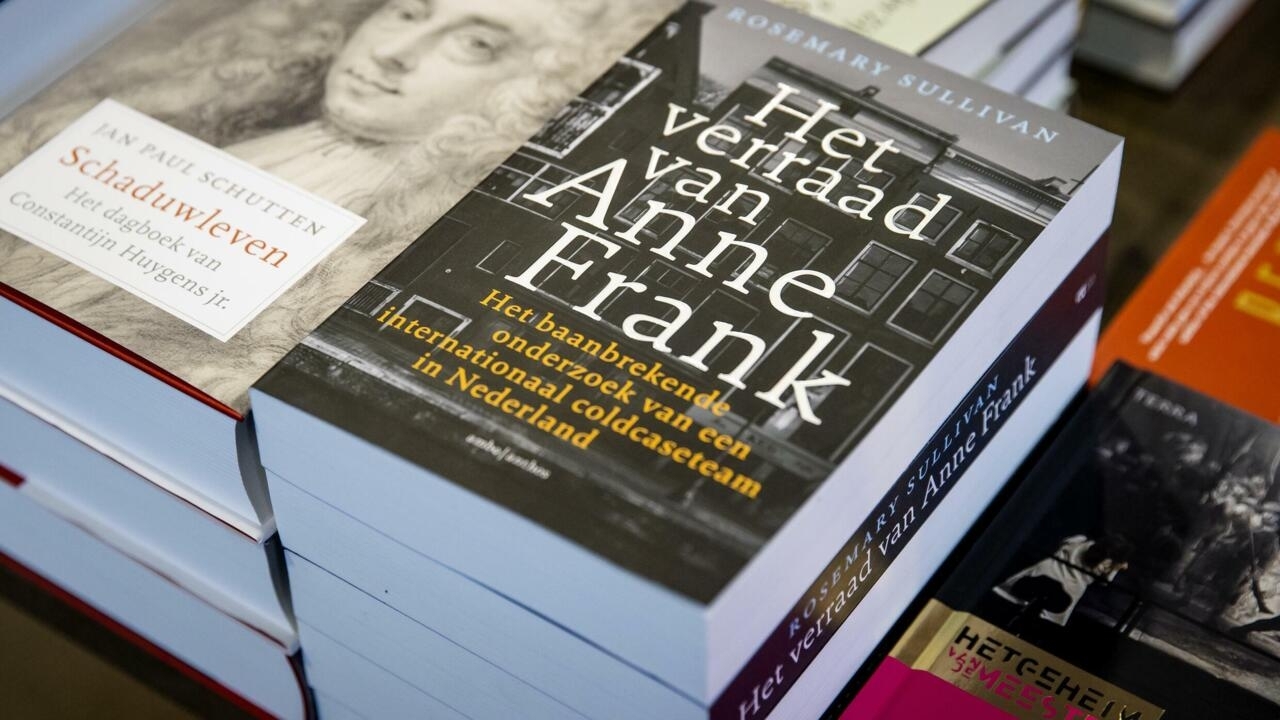 The book, which claims the German teenager was most likely betrayed by a Jewish notary to save her own family, has sparked an international media storm since its release on January 18.

The book "Who Betrayed Anne Frank?"

He is strongly criticized by historians and Jewish organizations in the Netherlands.

The director of the Jewish Central Council of the Netherlands (CJO) judged the results of the investigation "extremely speculative and sensationalist".

Ex-FBI agent Vincent Pankoke, who led the investigation for six years, slammed "virulent attacks", probably motivated according to him by the controversial conclusion of the book: a Jew responsible for treason.

Anne Frank is known for her diary written between 1942 and 1944 while she and her family were hiding in a clandestine apartment in Amsterdam.

Arrested in 1944, she died the following year, at the age of 15, in the Bergen-Belsen concentration camp.

The evidence against Mr Van den Bergh has, according to investigators, been backed up by modern techniques as well as an anonymous letter sent to Anne Frank's father after the Second World War identifying the notary as the traitor.

The book had the effect of a bomb in the Netherlands, still haunted by the guilt of the deportation of more than 100,000 Jews.

The results of the investigation "are mainly based on a letter, found after the war", loose with AFP the president of the Jewish central council of the Netherlands, Ronny Naftaniel.

Mr. Van den Bergh, who died in 1950, “cannot defend himself” and the evidence presented against him “would never hold water in court”, believes Mr. Naftaniel.

A wax effigy of Anne Frank writing in her diary at Madame Tussauds in Berlin on March 9, 2012 ODD ANDERSEN AFP/Archives

The conclusions of the investigation "border on a conspiracy theory", declared with the Swiss daily Blick John Goldsmith, president of the Anne-Frank Foundation.

Jewish organizations in the Netherlands even called for the book to be withdrawn from sale.

"There are simply too many gaps in history about Arnold van den Bergh," Johannes Houwink ten Cate, a professor at the University of Amsterdam who specializes in the Holocaust, told AFP.

Arnold van den Bergh and his family went into hiding in early 1944, months before the Nazis broke down the door to the Franks' hideout, the professor said.

"Why would Van den Bergh risk revealing his own hiding place? It's inconceivable," he observed.

The author of the book responded by assuring that the investigation was "professional" and "thorough" and testified convincingly to a time when citizens were faced with impossible choices to save their families.

Mr. Pankoke meanwhile wanted to "set the record straight", repeating that the hypothesis of the investigators remained "the most plausible theory".

Photographs of Anne Frank displayed at the Jewish Museum in Frankfurt am Main, western Germany, on October 21, 2020 STR AFP/Archives

“There is a body of evidence, supported by witness statements, and a copy of a piece of physical evidence presented (…) by Otto Frank himself”, he underlined.

He believes that one of the main reasons for the controversy was the controversial claim that "the Jews were forced to betray each other".

But, he observes, identifying a suspect is not necessarily convicting him, and the message from the investigators is clear: "without the Nazi occupiers, none of this would have happened".