Thirty states promise to do more for the oceans

Protect the high seas and fight against the invasion of plastic: around thirty heads of state and government promised Friday in Brest, around Emmanuel Macron, to do more to protect… 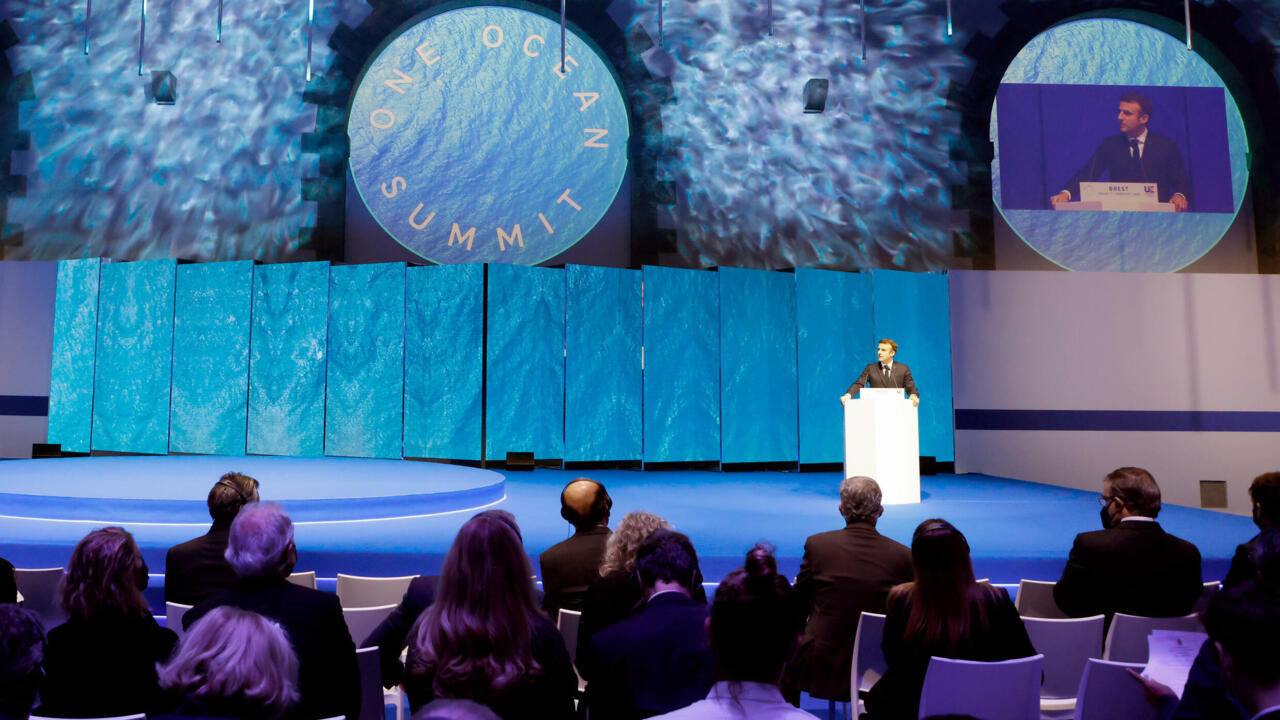 In 2022, several important international meetings will be held around the oceans.

"Today's mobilization has made it possible to concretize many commitments, new coalitions of private and public actors, of States", estimated the French president at the conclusion of the summit.

The political leaders who have succeeded in Brest, present or on video, have committed themselves to several issues, including progress towards global treaties for the protection of the high seas and against plastic pollution.

Other leaders intervened by video messages.

"If we give ourselves the means, we can make historic decisions, it must start today, in Brest", hammered the French president, Emmanuel Macron.

Main progress, Ursula von der Leyen announced from Brest the launch of a coalition comprising the 27 Member States of the EU and 13 other countries to conclude a treaty intended to protect the high seas, which is not under the jurisdiction of no state.

Negotiations, underway under the aegis of the UN since 2018, were interrupted by the Covid-19 epidemic.

The fourth and theoretically final negotiating session is scheduled for March in New York.

"We are very close but we must give impetus to conclude it this year", insisted the European leader.

"This is an important and providential commitment," welcomed Peggy Kalas of the High Seas Alliance, which brings together several NGOs.

The United States has announced its support for the launch of negotiations under the aegis of the UN for an international agreement against plastic pollution.

The United States thus joins a dozen countries and the whole of the European Union.

The launch of these negotiations will be examined at the 5th Assembly of the United Nations for the environment at the end of February, in order to reach an international agreement against the pollution caused by the 8.3 billion tonnes of plastics produced since the 1950s.

"We need an agreement that ensures the highest level of ambition possible," claimed John Kerry.

The President of French Polynesia, Edouard Fritch, announced on Friday the project of a "marine protected area of ​​more than 500,000 km2" and areas reserved for coastal fishing on an equivalent surface.

Other topics were discussed, such as reducing greenhouse gas emissions from the maritime sector, which is not affected by the Paris Climate Agreement.

Or, as demanded by Emmanuel Macron, the elimination of public subsidies encouraging overfishing and illegal fishing, a subject under discussion at the World Trade Organization.

He also promised to do more to protect the turtles with devices to prevent them from getting stuck in the nets.

Honorary President of WWF France Isabelle Autissier welcomed this announcement, while "remaining vigilant on the actual implementation of this promise".

For NGOs, France, the second largest maritime power in the world, is not up to the task of properly protecting its seas and oceans.

About 150 people gathered Friday morning in Brest at the call of Greenpeace and the association Pleine mer to denounce "a blue washing operation".

Emmanuel Macron "announces that he is the champion of the oceans and who behind does nothing, even defends extremely destructive industrial activities", lamented to AFP François Chartier, of Greenpeace France.

"We talked very little about overfishing, we did not talk about fundamental things, about effective and real protection of marine protected areas (...) We completely missed the subject", commented Lamya Essemlali, president of Sea Shepherd France, to AFP.