Rejection of settlements and in support of the prisoners..Dozens of Palestinians were injured in confrontations with the occupation in the West Bank

Dozens of Palestinians were injured in confrontations with the occupation forces during rallies that took place in the north and south of the occupied West Bank, rejecting settlements and in support of the prisoners. 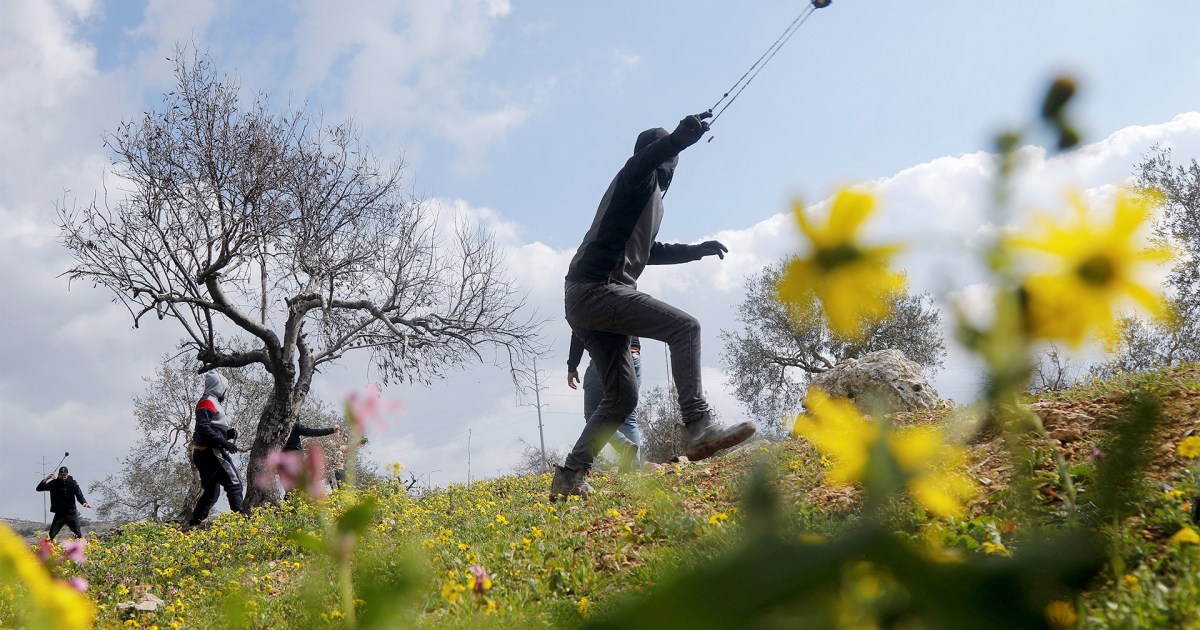 Dozens of Palestinians were injured in confrontations with the occupation forces during rallies that took place in the north and south of the occupied West Bank, rejecting settlements and in support of the prisoners.

In the town of Kafr Qaddoum in the Qalqilya governorate (in the northern West Bank), a number of Palestinians were injured by metal bullets during confrontations with the occupation forces, who fired live bullets and tear gas canisters after Friday prayers towards a march calling for the reopening of the main street of the village, which closed service for the nearby settlement of "Kedumim".

The march was devoted to supporting the demands of the prisoners in the occupation prisons, who declared Friday a "day of rage" in the prisons to protest the abusive measures against them.

In the town of Beita - which has witnessed almost daily protests for several months - 24 Palestinians were injured during confrontations that the town witnessed, rejecting Israeli control of privately owned lands in Jabal Sabih.

Ahmed Jibril, the ambulance and emergency official in the Palestinian Red Crescent Society (non-governmental) in the Nablus area, stated that ambulance crews dealt with 24 injuries in the town of Beita.

Jibril added - in a statement that Anadolu Agency received a copy of - that among the injured were 5 journalists, 4 were treated in the field, and a female journalist was transferred to the Beta clinic to complete the treatment.

He indicated that live bullets were hit in the foot, 3 were hit by rubber bullets, and 15 suffocated because they inhaled tear gas.

According to eyewitnesses who spoke to Anadolu Agency, the Israeli occupation army intercepted Palestinians who marched peacefully towards their lands threatened by settlement, and fired live and rubber bullets and gas bombs to disperse them.

In the town of Beit Dajan in the Nablus governorate, Jibril said that ambulance crews dealt with 45 injuries with rubber bullets, including two paramedics and a journalist, and 37 cases of gas suffocation, including two journalists.

In the city of Hebron (south of the West Bank), clashes took place between Palestinian youths and the Israeli occupation army, which resulted in injuries with rubber bullets and cases of gas suffocation, according to an eyewitness.

The witness added that at least 5 young men were wounded by rubber bullets.

Data from the Israeli human rights movement Peace Now indicate that there are about 666,000 settlers, 145 large settlements, and 140 random outposts (not licensed by the Israeli government) in the West Bank, including East Jerusalem.