Paris SG is preparing for its knockout round of the Champions League against Real Madrid with the delicate reception of Rennes on Friday (9 p.m.), on the eve of Lyon-Nice, a duel of candidates for Europe q... 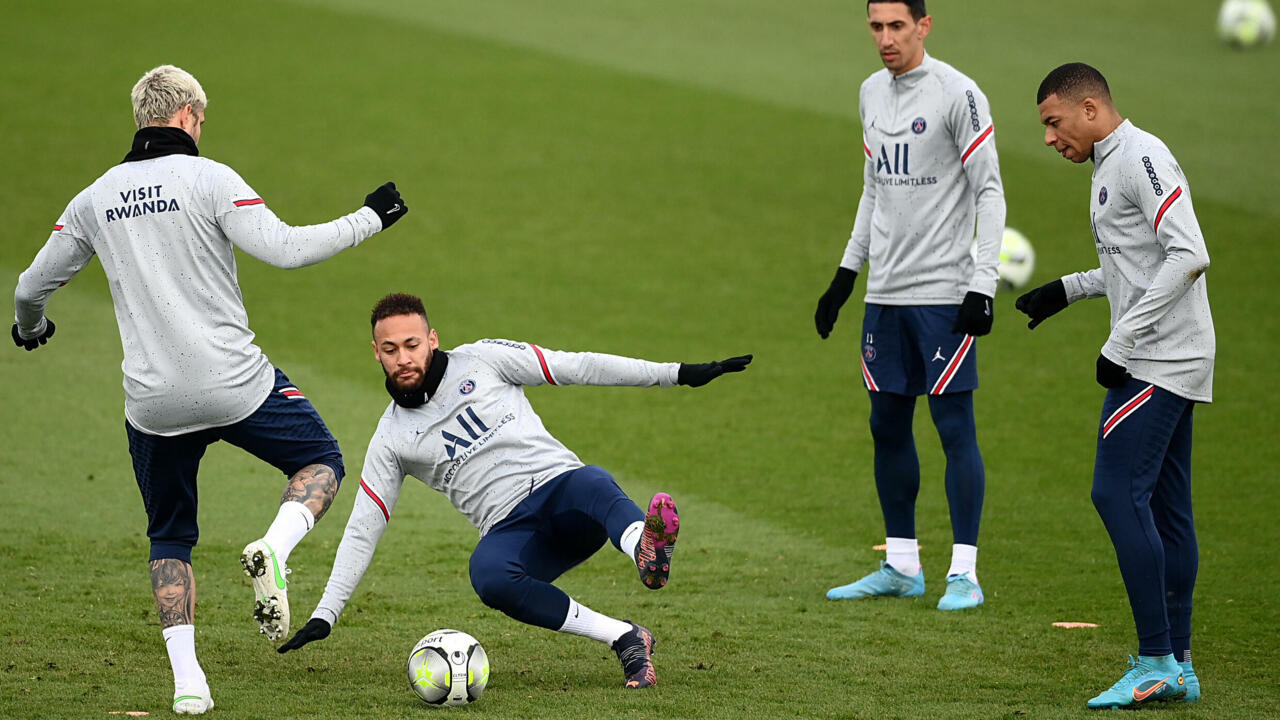 Four days before the clash of the C1, PSG sets off in search of confidence and certainty, facing an opponent who is doing it rather poorly.

The Bretons have won two of the last four confrontations against the current leader of L1, the last of which, in the first leg in Brittany (2-0).

That day, the Lionel Messi-Neymar-Kylian Mbappé trio had been extinguished by the realism of Gaëtan Laborde and Flavien Tait, in what is still the only Parisian defeat this season in the league.

Friday, Paris will also count its injured: Neymar, almost recovered from a sprained ankle contracted at the end of November, withdrew and still hopes to be operational against Real.

Just like Sergio Ramos, injured in a calf and absent on Friday.

Rennes, for its part, regained some of its luster last weekend by performing a solid match against Brest (2-0), with a brilliant first half.

"We found a lot of principles of attacking play," said coach Bruno Genesio.

"Now we have to confirm."

The Bretons will go to Paris without their supporters, banned from traveling to the capital after lighting smoke bombs in the Coupe de France.

OL in a hurry

Saturday evening (9:00 p.m.), two candidates for Europe beaten during the weekend will seek to regain precious points: Nice and Lyon.

The Aiglons, who gave up their second place at OM after a surprise defeat against Clermont in Ligue 1 (1-0), reacted in the quarter-finals of the Coupe de France against the Marseillais (4-1), Wednesday evening.

As for the Lyonnais, they were overtaken in Monaco (2-0) despite the debut of their recruits Romain Faivre and Tanguy Ndombélé, and point to an unworthy 8th place (34 pts), two units from the Monegasques, 6th.

In the event of a victory for OL, there would only be a five-point difference between Lyon and Nice, and the race for the podium would be relaunched.

Strasbourg, 4th four points behind Nice, could then come a little closer if successful on Sunday (3:00 p.m.) in Angers, just like Monaco which receives Lorient at 1:00 p.m.

AS Saint-Etienne remains on a good victory over Montpellier at Geoffroy-Guichard, February 5, 2022 JEAN-PHILIPPE KSIAZEK AFP / Archives

Less well placed, Montpellier (7th, 34 pts) and Lille (11th, 32 pts) also have the opportunity to replace themselves: they face each other on Saturday (5:00 p.m.) after having both lost the previous day.

The red lantern Saint-Etienne will aim for a third success in a row in Ligue 1 on the lawn of Clermont on Sunday (3:00 p.m.), before the trip of the Marseille dolphin to Metz at the end of the weekend (9:00 p.m.).

Program of the 24th day of Ligue 1