L1: before Real, PSG on a take-off mission against Rennes

Paris SG, which regained height in Lille on Sunday (5-1), wants to perfect its rise to power on Friday against Rennes (9:00 p.m.) in Ligue 1, still deprived of Neymar for the last stage before... 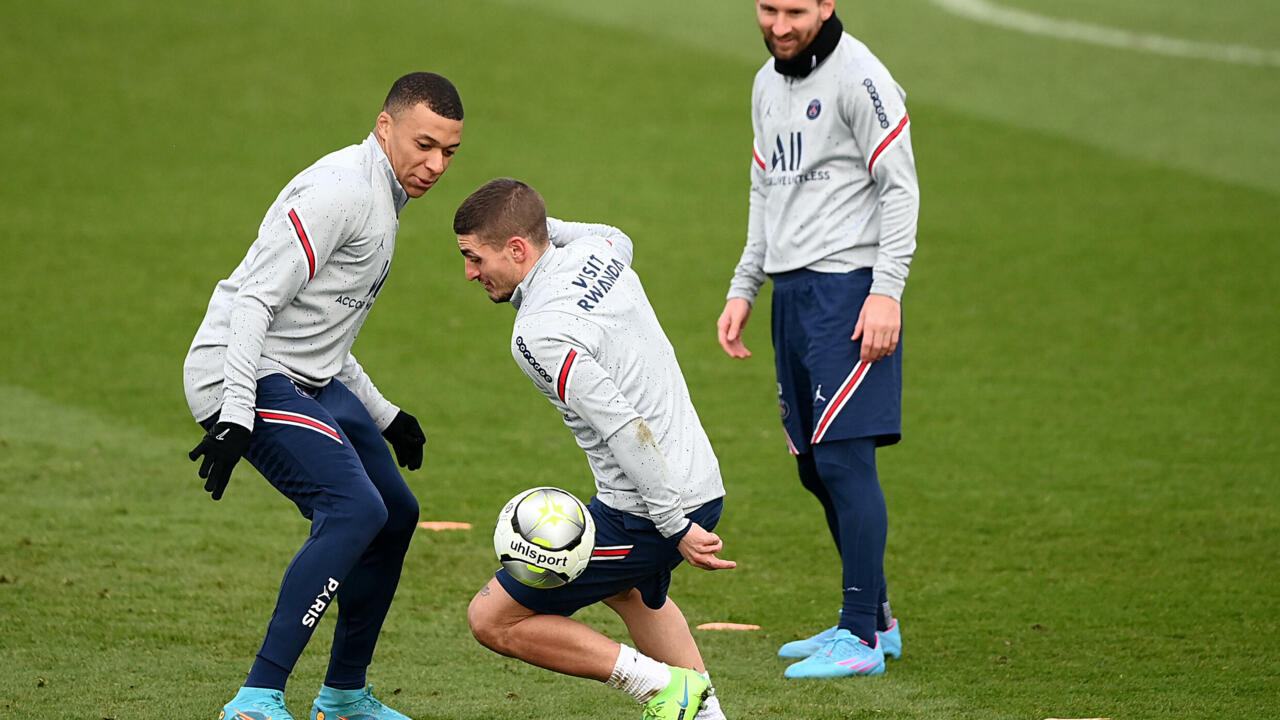 At PSG, whose results depend a lot on the individual exploits of its stars, Lionel Messi's state of form is reassuring.

His good performance in Lille, punctuated by his first goal in Ligue 1 since November 20, dispelled the doubts born of a month of January slowed down by his contamination with Covid-19.

The Argentinian will be ready for the round of 16 first leg of the Champions League on Tuesday against Real, against whom he wrote part of his legend during the clasicos disputed in the jersey of FC Barcelona.

"It's impossible for me to stop him alone. My teammates will have to help me! It's going to be a great match," assured the Brazilian midfielder Real Casemiro in an interview with the Spanish monthly Panenka in February.

"(Messi) needs, like everyone else, time to adapt," said his coach, Mauricio Pochettino, on Sunday.

"I'm happy with his performance and I hope the future will be bright."

One thing to improve against Rennes?

In L1, the "Pulga" found seven times the amounts, a total which is a stain for the striker, on the way to achieving his worst statistical season since 2007/2008.

The midfield battle will be one of the keys to the confrontation against Real, a world reference in this sector with Luka Modric, Casemiro or Toni Kroos.

Rennes, the only team to have beaten PSG in L1 this season (2-0), on October 3, can give a good indication of the collective dynamic of the Parisians.

If today Paris feels ready to do battle, it is largely thanks to the good form of Marco Verratti.

After a start to the exercise cut short by injuries (knee, hip), the Italian metronome has finally found its rhythm.

He has played in his team's last seven matches, his longest streak of the season.

He took the opportunity to score twice against Reims (4-0) on January 23, when he had not scored since April 2019!

"The day before (from Reims), Messi said to me: + Tomorrow, you promise me, you hit, and you score. + So I hit and I scored. Yes, I know how to hit," he said. he said in an interview with the daily L'Equipe, published on Tuesday.

The solid Portuguese holds the rope to start against Real, alongside Verratti and Idrissa Gueye, whose return is expected after his coronation at the CAN with Senegal.

Neymar still in the infirmary

The victory in Lille, the biggest of the season, restored momentum after elimination in the round of 16 of the Coupe de France against Nice (0-0, 6-5 on tab) six days earlier.

Everyone moves forward... except those stuck in the infirmary.

Among them, the superstar Neymar, victim of a sprained ankle at the end of November.

The Brazilian has paced his race against the clock to be restored for Real, with optimistic publications on social networks: recovery "step by step", he wrote again on Tuesday.

But he is not yet at the physical level to follow all the collective sessions.

Still forfeited for Rennes, he can only hope for a few minutes in C1 at best.

"All the great players want to play the big matches. He has the experience and the maturity to manage himself, and channel his energy, to arrive in the best conditions when he can play," Pochettino said on Thursday.

The absence or presence of Sergio Ramos against his former club also remains unresolved.

The emblematic former captain of Real suffers from a relapse of a right calf injury and will miss the reception of Rennes.

And the Spaniard's injury history does not encourage him to rush his return...