JO-2022: some doping cases that have marked the history of the Games

More than 400 athletes have been disqualified or banned from participating in the Olympic Games in the history of the event, for 129 podiums modified due to doping, according to estimates from the… 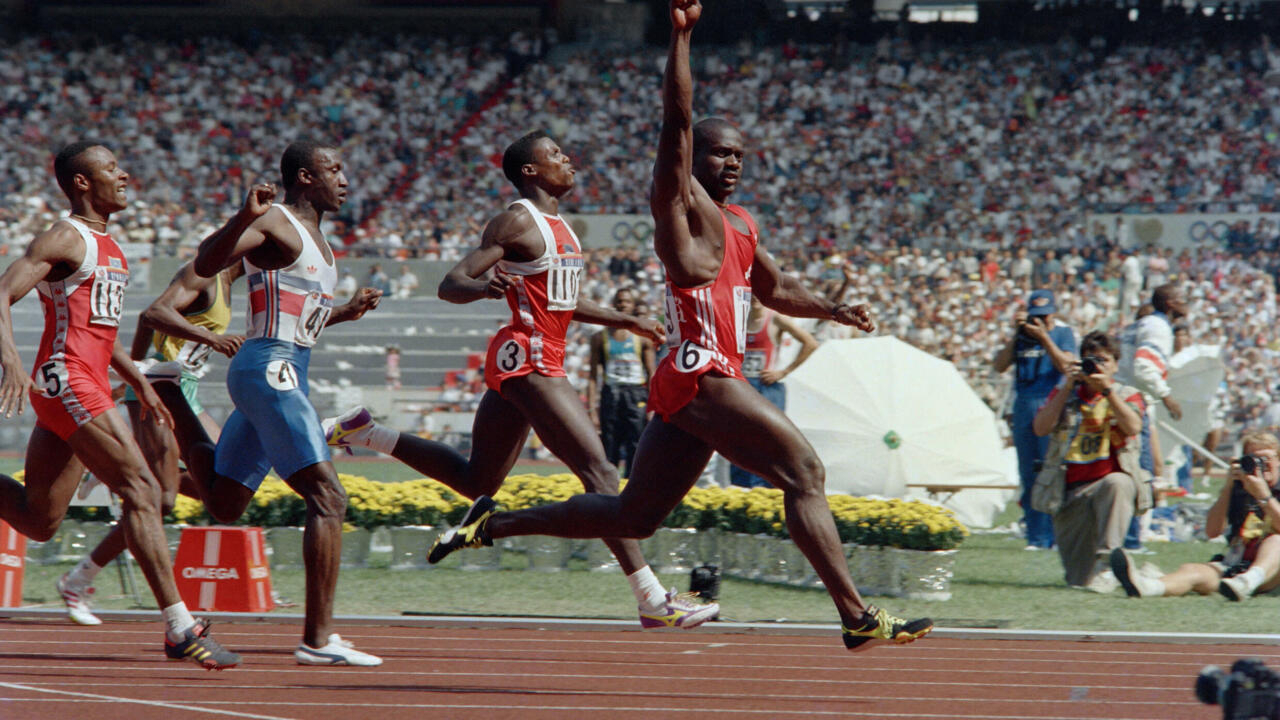 Some cases that have marked the history of the Olympic Games, without the list being exhaustive:

This death, then that of Tom Simpson during the 1967 Tour de France, prompted the International Olympic Committee (IOC) to set up a medical commission and to enact a list of prohibited products.

- 1968: first anti-doping controls at the Olympics, in Grenoble and Mexico.

The first athlete convicted of doping is a Swedish pentathlete, Hans Gunnar Liljenvall, for alcohol use!

- 1988: Canadian Ben Johnson caused a sensation by winning the 100m in 9 sec 79, a new world record, ahead of American star Carl Lewis.

The announcement, three days later, of his positive test for stanozolol (anabolic steroid) caused a huge scandal, the very first related to doping in the history of the Olympic Games.

Steroids remain by far the most detected products at the Games - 225 of the 401 cases recorded by AFP - ahead of stimulants (50), which includes amphetamines.

- 2000: American shot putter CJ Hunter is banned from the Sydney Games after testing positive for nandrolone.

But seven years later, cornered by American justice, the American sprinter admits to having taken doping products made to measure by the Balco laboratory.

The IOC will strip him of all his medals.

But her lies led to her spending six months in prison in 2008.

- 2002: under the leadership of its new president, Jacques Rogge, the IOC's anti-doping policy is accelerated.

Seven positive cases are recorded at the Salt Lake City Winter Games, whereas there were only a handful between 1924 and 1998. Three concern gold medalists in cross-country skiing, the Russians Larissa Lazutina and Olga Danilova and the Spaniard Johann Mühlegg, who tested positive for Aranesp, the last EPO at the time, thanks to the collaboration of the pharmaceutical group producing it.

- 2004: the Athens Games are the first to be governed by the World Anti-Doping Code.

Greek sprinters Konstantinos Kenteris and Ekhaterini Thanou, who go so far as to grossly simulate a motorcycle accident in an attempt to escape control, are paying the price by being excluded from the Games.

A total of 26 anti-doping offenses are recorded in Athens, a record.

Not to mention the cyclist Tyler Hamilton who returned his gold medal in 2011, after confessing.

The Greek Ekaterini Thanou, in the 100m final of the national championships on June 10, 2004, will be convicted of doping at the Olympic Games of the same year FAYEZ NURELDINE AFP / Archives

- 2006: the collaboration between the Italian police forces and the IOC enables the dark practices of Austrian cross-country skiers and biathletes to be brought to light at the Winter Games in Turin.

The carabinieri discover in their chalet in Pragelato a veritable blood transfusion pharmacy.

- 2008: more than the nine positive tests of second-rate athletes who punctuated the Beijing Games, it was the additional analyzes carried out in the following months that marked a new decisive step.

The development of a test for detecting EPO-Cera prompts the IOC to verify all blood samples from athletes competing at the Games.

Eight months later, five athletes fell, including the Olympic champion in the 1,500m Rashid Ramzi, who carried the hopes of Bahrain, and the silver medalist in road cycling, the Italian Davide Rebellin.

- 2014: The Sochi Winter Olympics were a triumph for Russia, with 33 podiums including 13 titles to finish top of the medal table.

But two years later, the former head of the Moscow anti-doping laboratory, Grigori Rodchenkov, admits the existence of a system of state cheating, which concerned 30 sports between 2011 and 2015 involving the Russian secret services.

At the end of 2017, the IOC withdrew 13 medals and disqualified 43 athletes present at the Olympics, but at the start of 2018, the Arbitrary Court of Sport (CAS) acquitted 28 of them due to "insufficient evidence".

After this scandal, Russia is excluded at the end of 2020 for two years from major international competitions with the Tokyo Olympics and

As a sanction, the IOC deprived the Russians of parading behind their flag during the closing ceremony.

- 2022: Russian skater Kamila Valieva, who won the team event at the 2022 Beijing Olympics at the age of 15 with her country, tested positive for trimetazidine on December 25 - some weeks before the start of the Games - which could deprive Russia of the title.

The result of the test was known on February 8, 2022, the day after the Olympic team title for the Russians.