Corona .. easing restrictions in Germany, France and the Health Organization: the pandemic is not over yet

The World Health Organization has warned that the Covid-19 pandemic is not over yet, and it is likely that more strains of Corona will appear. At a time when Germany and France are preparing to ease restrictions, amid record numbers of injuries in Russia. 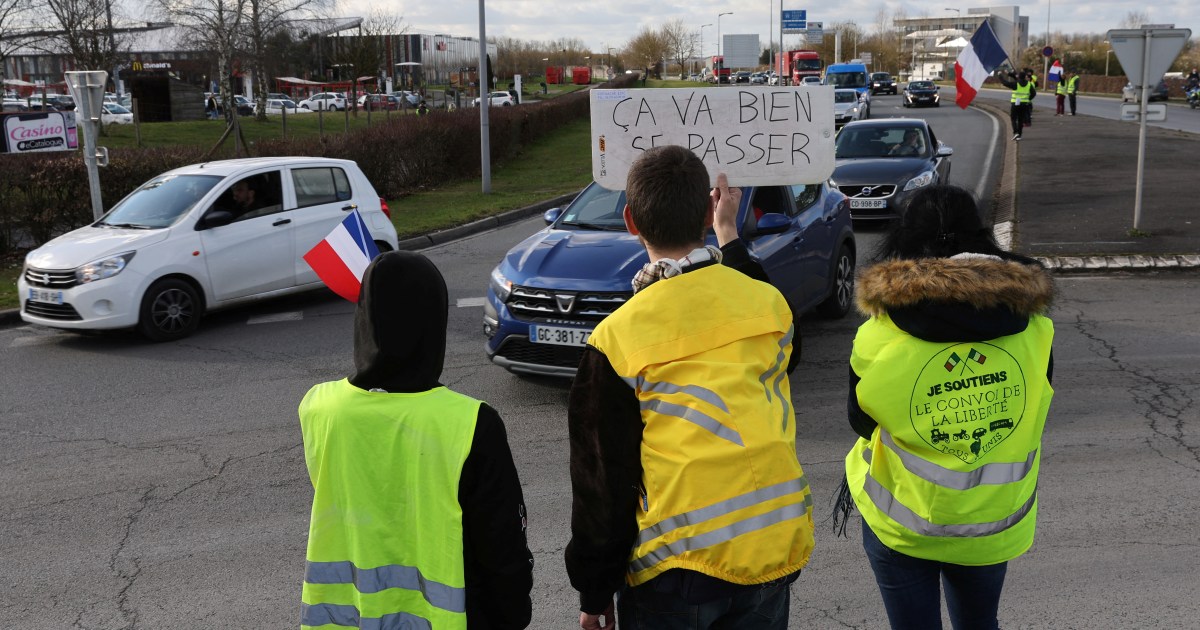 The World Health Organization has warned that the Covid-19 pandemic is not over yet, and it is likely that more strains of Corona will appear.

At a time when Germany and France are preparing to ease restrictions, amid record numbers of injuries in Russia.

Today, Friday, Somya Swaminathan, the chief scientist of the organization, said that the world has not yet witnessed the end of the Covid-19 pandemic, as more mutated strains of the Corona virus are expected to appear.

"We've seen the virus evolve and mutate...so we know there will be more mutated strains, interesting mutated strains, so we are not at the end of the pandemic," Swaminathan told reporters in South Africa.

The WHO official was visiting vaccine manufacturing facilities in South Africa with Director-General Tedros Adhanom Ghebreyesus.

In Germany, Chancellor Olaf Schultz said today that his country is approaching the peak of the Corona virus wave, and will begin to ease some restrictions imposed with the aim of lifting more measures during the spring.

Schultz added - in a speech to the Federal Council (Bundesrat) - "scientific forecasts show us that the peak of the wave is now on the horizon."

"This allows us to take the first steps to reopening and consider further steps in preparation for spring when the federal government meets with states next week," he added.

For its part, the health authorities in France said today that in public places, where it is required to provide evidence of receiving the Covid-19 vaccine, people will no longer have to wear masks in closed places.

She explained that masks will remain mandatory in public transport, and in closed places that are not subject to health passports.

The new rule, which comes into effect on February 28, is in line with health authorities' recommendations, and comes after a slowdown in the rate of COVID-19 infections.

On the other hand, the Paris police said that they will deploy forces estimated at thousands in and around the capital today and early next week, and will set up checkpoints at toll collection stations on the main roads leading to Paris, with the aim of preventing a march of motorists calling themselves "the convoy of freedom" from entering.

Despite the police issuing an order not to enter the capital, motorists protesting the restrictions imposed due to the Covid-19 pandemic intend to gather in Paris from several cities from across the country, inspired by the noisy demonstrations currently taking place in Canada.

The motorists' protest follows waves of protests against France's imposed vaccine certification rules, which require citizens to show proof of having received COVID-19 vaccines in order to enter bars, restaurants, cinemas and other public places.

In New Zealand, more protesters gathered in front of Parliament today, as protesters demanding an end to compulsory vaccination and strict COVID-19 restrictions refused to end their protests despite dozens of police arrests.

Several thousand protesters are blocking the streets near Parliament in the capital Wellington for the fourth consecutive day with trucks, cars and motorcycles, inspired by demonstrations that have been going on for nearly two weeks in Canada, where truck drivers closed two border crossings with the United States.

In numbers, the health authorities in Russia have recorded more than 200,000 cases for the first time since the start of the pandemic, with the outbreak of the mutant Omicron continuing.

The task force concerned with combating the virus also announced the registration of 722 confirmed deaths with Covid-19 during the past 24 hours.

On the Arab level, Yemen recorded 153 new confirmed cases of the virus during the week ending today, compared to 253 cases during the previous week, according to data from the committee concerned with combating the Corona virus.

The committee - which is affiliated with the internationally recognized government - stated in a statement that it had recorded 24 deaths related to Covid-19, most of them in Hadhramaut governorate in the east of the country, which is the main focus of the pandemic, compared to 16 deaths the previous week.

Observers say that deaths and injuries in Yemen are much greater than what this concerned committee records, in light of the war conditions that prevent the conduct of Covid-19 examinations and limit the reporting of cases, as well as preventing patients from entering hospitals due to poverty or poor confidence in the health sector.