After an attack on Abha airport, the Pentagon: We are discussing ways to help Saudi Arabia and the UAE to repel Houthi threats

The US Department of Defense said that Washington is continuing to discuss ways to help Saudi Arabia and the UAE to better defend themselves against Houthi threats, after the Houthi group bombed the Saudi Abha airport with a drone. 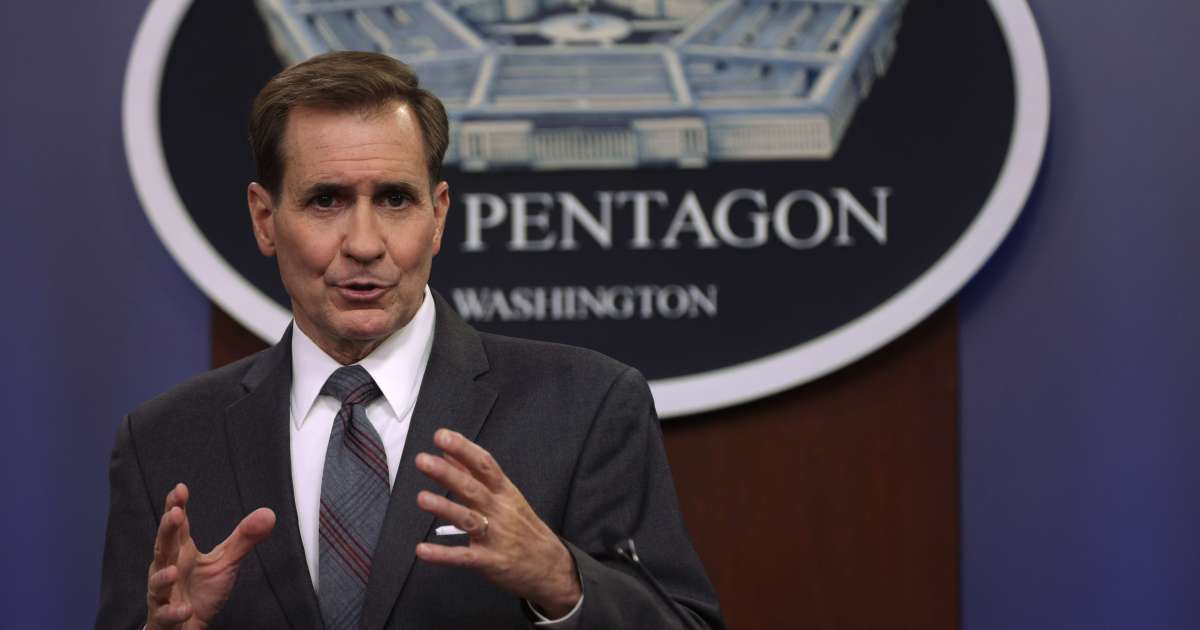 The US Department of Defense (Pentagon) said that the United States is continuing to discuss ways to help Saudi Arabia and the UAE better defend themselves against Houthi threats, while the Riyadh-led coalition said yesterday, Thursday, that it would bomb "critical points" in the Yemeni capital from which drones are launched, after The Houthis attacked Abha airport (south of the kingdom) with a drone.

And Pentagon spokesman John Kirby said - in an exclusive interview with Al Jazeera - that Washington is in constant contact with the Saudis and Emiratis about their defense needs.

Kirby added that more than 400 Houthi attacks on Saudi Arabia and the UAE were recorded.

In a related context, the commander of the US Army's Central Command, General Kenneth McKenzie, said in an interview with "Reuters" that the United States will help the UAE renew interceptor missiles after it was exposed to a series of attacks by the Houthis.

The US military official added after a visit to Abu Dhabi this week that the United States will do everything in its power to help the UAE defend itself.

Reuters quoted an informed source as saying that the UAE specifically requested the United States to renew the missiles of its interceptor defense systems, including the THAAD and Patriot systems.

US National Security Adviser Jake Sullivan said that the United States strongly condemns what he called the terrorist attack on Abha in Saudi Arabia, which wounded innocent civilians.

Sullivan made it clear that the Houthis bore responsibility for the attack, and that Washington would work with Saudi Arabia and international partners to hold them accountable.

Yesterday, Thursday, the Saudi-led coalition stated that the Saudi air defenses destroyed a Houthi drone loaded with explosives that was launched towards Abha airport, and fragments of it fell in the vicinity of the airport, as a result of which 12 civilians were injured, bringing the number later to 16.

In a statement, the US State Department condemned the Houthi attack on Abha airport, and said that the Houthis had followed a "dangerous pattern of obstructive and increasingly aggressive measures against Yemenis, Yemen's neighbors and the international community."

The US State Department statement said that repeated attacks in the past weeks have damaged civilians and civilian infrastructure.

He added that the parties to the war in Yemen should sit down to the negotiating table to work together and support the new peace process led by the United Nations.

Following the attack on Abha airport, yesterday, Thursday, the coalition called on civilians in Sanaa to evacuate civilian sites used militarily within the next 72 hours.

He stressed that he would take "firm operational measures in response to the threat of targeting civilian airports and travelers."

Following the attack on the Saudi Abha airport, the coalition called yesterday, Thursday, for civilians in Sanaa to evacuate civilian sites used militarily within the next 72 hours, pledging to bomb the Houthi launch sites of drones.

Yesterday, Thursday, the coalition added that it launched 18 targeting operations against the Houthis in the governorates of Ma'rib and Hajjah during the past 24 hours, which resulted in the destruction of 12 military vehicles and human losses in the ranks of the group.

Today, Friday, Saudi television quoted the coalition as saying that it launched 16 targeting operations against the Houthis in the governorates of Hajjah and Saada within 24 hours, and the operations resulted in the destruction of 13 vehicles and the infliction of human losses among the Houthis.

On the other hand, the Houthi military spokesman, Brigadier General Yahya Saree, said that the movement bombed a military target at Abha airport with a Qasef K2 drone, and the hit was accurate, he said.

Brigadier General Saree added - in a tweet on Twitter - that Abha Airport is one of the airports used for military actions against Yemen, calling on Saudi citizens to stay away from military sites.

The coalition has been fighting the Houthi movement since early 2015, after the group drove the internationally recognized Yemeni government from the capital, Sanaa, and took control of it.

The Houthis frequently target Abha airport, located near the Yemeni border in the south of the Kingdom, and other areas with drones and missiles, and most of the attacks are intercepted, but some of them have caused a few casualties, and the coalition is constantly launching air strikes on what it says are Houthi military targets in Yemen. .

And last January, the UAE - a member of the coalition - said that its forces destroyed an area in Yemen for launching missiles belonging to the Houthis, after unprecedented attacks by drones and missiles on the UAE this year, for which the Houthis claimed responsibility.

Until the end of 2021, the war in Yemen killed 377,000 people directly and indirectly, and cost the country's economy 126 billion dollars, and most of the population - numbering about 30 million people - has become dependent on aid, in one of the worst humanitarian crises in the world, according to the United Nations.