“It is fraught with a new phase of confrontation”: how the situation around the settlement of the conflict in eastern Ukraine is developing

The meeting in the Normandy format showed that three of the four participants, including Kiev, are not ready to implement the Minsk agreements. This was stated by Deputy Head of the Presidential Administration of Russia Dmitry Kozak. According to him, Berlin and Paris "with pleasure succumb" to the "manipulations" of Kiev. Earlier, Kozak called the situation with the settlement of the intra-Ukrainian conflict a stalemate. He also stated that Russia did not see the readiness of France and Germany to influence Kiev on the implementation of the Minsk agreements. From the point of view of experts, if in the current circumstances Europe does not put pressure on Ukraine, then real progress on the implementation of "Minsk" will not be achieved. In addition, as analysts note, failure to comply with these agreements could lead to another aggravation in the Donbass. 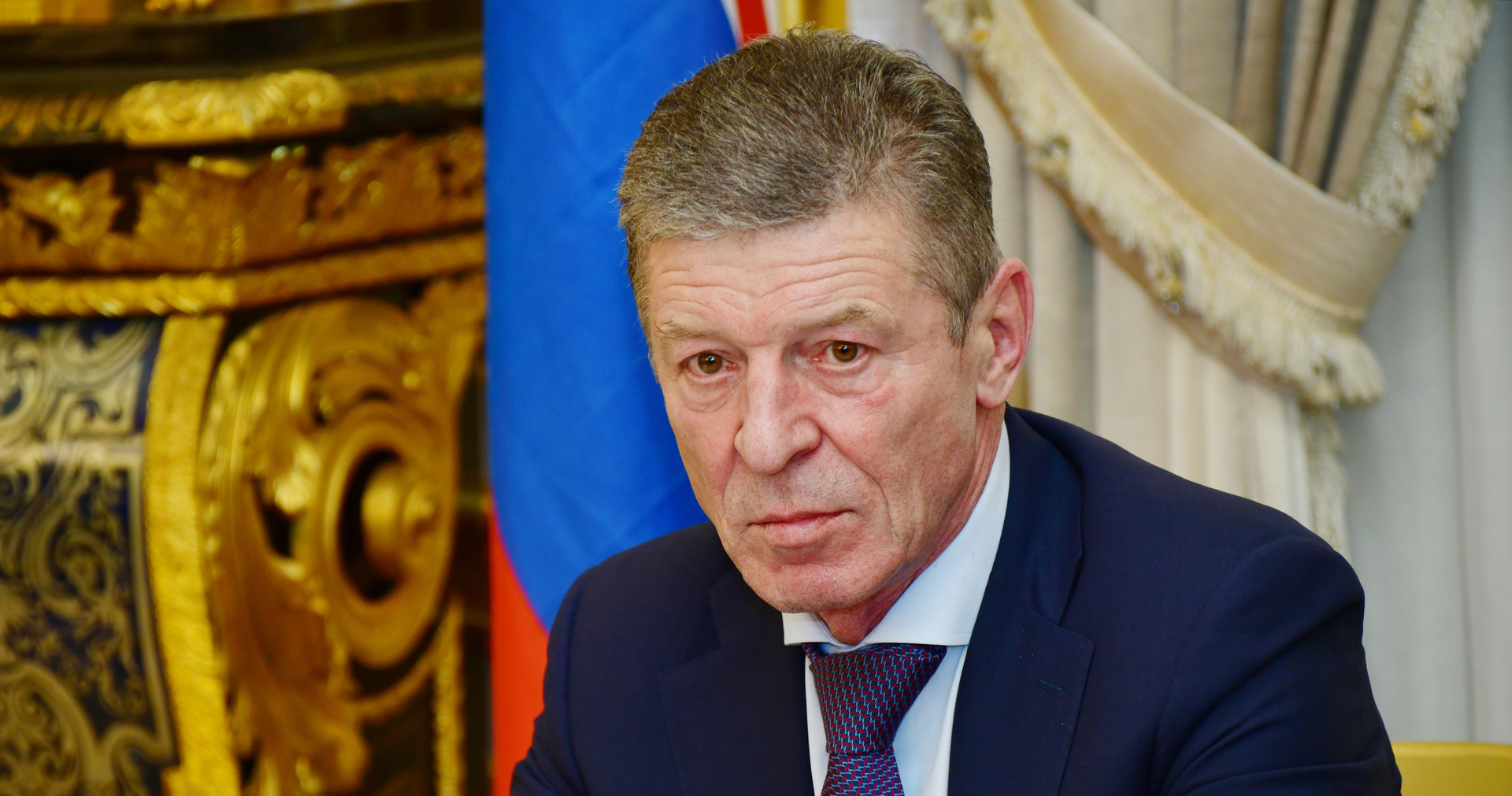 The meeting in the Normandy format showed that three out of four of its participants are not ready to implement the Minsk agreements.

This was stated by Deputy Head of the Presidential Administration of Russia Dmitry Kozak.

“It became absolutely clear that all these years, seven years – in two days it will be seven years of the Minsk Package of Measures – we have been playing such a game.

It turned out that three out of four participants in the Normandy format are not ready to implement the Minsk agreements, ”Kozak told reporters.

In particular, according to him, Kiev has been sabotaging the agreements all this time.

Recall that, in addition to Russia and Ukraine, Germany and France are also participating in the Normandy format negotiations.

At the same time, as Kozak emphasized, Berlin and Paris "with pleasure succumb" to the "manipulations" of Kiev.

) support all those ideas and proposals that are absolutely absurd,” said the deputy head of the presidential administration of Russia.

In addition, Kozak said that some time ago, the US State Department sent out instructions to all NATO partners on how to “bring to a standstill and drag out” negotiations with Russia to resolve the conflict in southeastern Ukraine.

Earlier, following the discussions of political advisers to the leaders of the Normandy format, the deputy head of the presidential administration of Russia called the situation with the settlement of the conflict in eastern Ukraine a stalemate.

But today it was not possible to overcome these differences.”

He also noted that Ukraine has taken an unshakable position, refusing to overcome differences regarding the post-conflict settlement of the situation in Donbass.

“In words, both Germany and France had a common understanding of how issues in the political sphere should be promoted, but Ukraine's position is adamant.

They refused in this document - a draft statement that was proposed for consideration - even to quote the Minsk agreements that the issues of the future post-conflict status of these territories should be resolved in consultations and discussions with representatives of individual regions (Donbass.

This is a key disagreement that Ukraine refused to agree on,” Kozak said.

He also stressed that "any statement of the existence of disagreements on the interpretation" of the key provisions of the Minsk agreements in the Normandy format has a devastating effect on the negotiations in the contact group.

In addition, as the deputy head of the presidential administration of the Russian Federation stated, Western colleagues in the Normandy format and Ukraine allow public statements that Moscow is allegedly obliged to comply with the Minsk agreements.

However, as Kozak stressed, “Russia has not a single” such obligation.

“They asked (of colleagues in the Normandy format.

The answer is the same: we don’t know,” said the deputy head of the presidential administration of Russia.

He also said that at the last talks he did not see the readiness of Berlin and Paris to put pressure on Kiev on the implementation of the Minsk agreements.

According to him, France and Germany only demonstrated attempts to "find some convenient niche" for Ukraine to continue its line.

To our great regret,” Kozak stated.

Recall that political advisers to the leaders of the Normandy Four countries held the second round of negotiations this year.

The first took place on January 26 in Paris.

Then Dmitry Kozak also stated that "progress is almost zero."

In addition, he reported that all the proposals of the Donbass republics are ignored by Kiev.

“Donbass, like a fish on ice, is beating to fulfill (Minsk agreements.

Then he also called on Kiev to comprehend the need to resolve the intra-Ukrainian conflict.

“It is necessary to fulfill the Minsk agreements — consistently, without wagging, without interpretations, without exceptions, without selective implementation of these agreements,” Kozak emphasized.

After that, in an interview with The Associated Press published on January 31, Secretary of the National Security and Defense Council of Ukraine (NSDC) Oleksiy Danilov said that Kiev cannot implement the Minsk agreements in their current form.

He also warned the West against trying to put pressure on the Ukrainian authorities to force them to return to the implementation of the agreements.

In early February, Ukrainian Foreign Minister Dmitry Kuleba said that Kiev would not comply with the Minsk agreements "on Russian terms."

As the press secretary of the President of the Russian Federation Dmitry Peskov told reporters on February 11, the Ukrainian side is doing everything not to fulfill its obligations.

“In fact, the task does not need to be complicated.

The task is to ensure the implementation of the Minsk package of measures, which is absolutely clearly spelled out in a certain sequence, where the obligations of the parties are recorded.

The task is this.

So far, the participants in the negotiations (in the Normandy format.

) have not been able to get closer to completing this task, ”Peskov stated.

According to experts, the ineffectiveness of the latest negotiations in the Normandy format indicates Ukraine's categorical refusal to implement the Minsk agreements.

“In particular, we are talking about agreements regarding the organization of local elections and constitutional reform providing for a special status for Donbass.

Ukraine simply exposes the leaders of Germany and France as empty talkers who are led by the nose, and because of their inability to put pressure on Kiev, they continue to do so, ”said Victoria Fedosova, deputy director of the RUDN Institute for Strategic Studies and Forecasts, in an interview with RT.

In her opinion, the Ukrainian authorities say what is convenient for them in each specific situation regarding the settlement in Donbass.

“We are seeing exhortations from Western leaders in bilateral talks with Kiev, and then a complete rollback when it comes to the Normandy format or contact group.

But if Europe does not use real levers of pressure on Ukraine, without fear of accusations of “betraying friends,” then no result will be achieved,” says Fedosova.

According to Vladimir Olenchenko, senior researcher at the Center for European Studies at IMEMO RAS, the latest negotiations in the Normandy format have once again clearly demonstrated that it is Ukraine that is the party that is resisting the implementation of the Minsk agreements with all its might.

“Non-fulfillment of these agreements is catastrophic, because there is no replacement for them.

Ignoring the Minsk agreements means an aggravation of the conflict in the east of Ukraine.

Russia does not want such an outcome and is doing everything to prevent it.

France and Germany, although they publicly declare that the solution to the issue can only be political or diplomatic, in fact they do not motivate Ukraine to implement the Minsk agreements, ”the analyst said in an interview with RT.

He called the position of Germany and France "half-hearted".

“Publicly, they support the idea that Kiev should follow the Minsk agreements, but at the same time they did not begin to influence Ukraine, did not show the necessary integrity and perseverance.

This suggests that Berlin and Paris are not aware that the situation around the conflict in Donbass is very serious.

It does not reach the German and French partners that the sabotage of the Minsk agreements is fraught with a new phase of military confrontation, ”Olenchenko argues.

In his opinion, the French and German leadership currently "does not show independence in the process of resolving the situation in Ukraine."

“The Ukrainian issue is just one of the aspects of the dependence of Paris and Berlin on NATO and the United States,” the analyst believes.

At the same time, from his point of view, Kiev purposefully and "methodically blocks the way to resolve the conflict by political means."

“Ukraine does not hide the desire to torpedo the Minsk agreements, despite the fact that this document was approved by the UN Security Council.

This behavior of Kiev can only be described as extremely provocative,” the expert says.

At the same time, he expressed confidence that Russia would not allow the intra-Ukrainian conflict "to develop as the West or Ukraine wants."

“Moscow will make every effort to keep the process within the framework of a political settlement.

Russia intends to ensure that Western partners and Kiev eventually realize the absence of a peaceful alternative to the Minsk agreements, ”concluded Olenchenko.