To prevent the "freedom convoys" do not paralyze the capital, the Paris police headquarters has mobilized an important device. 7,200 police and gendarmes were mobilized in Île-de-France. Their objective: to prevent vehicles from paralyzing certain roads in the Île-de-France region. 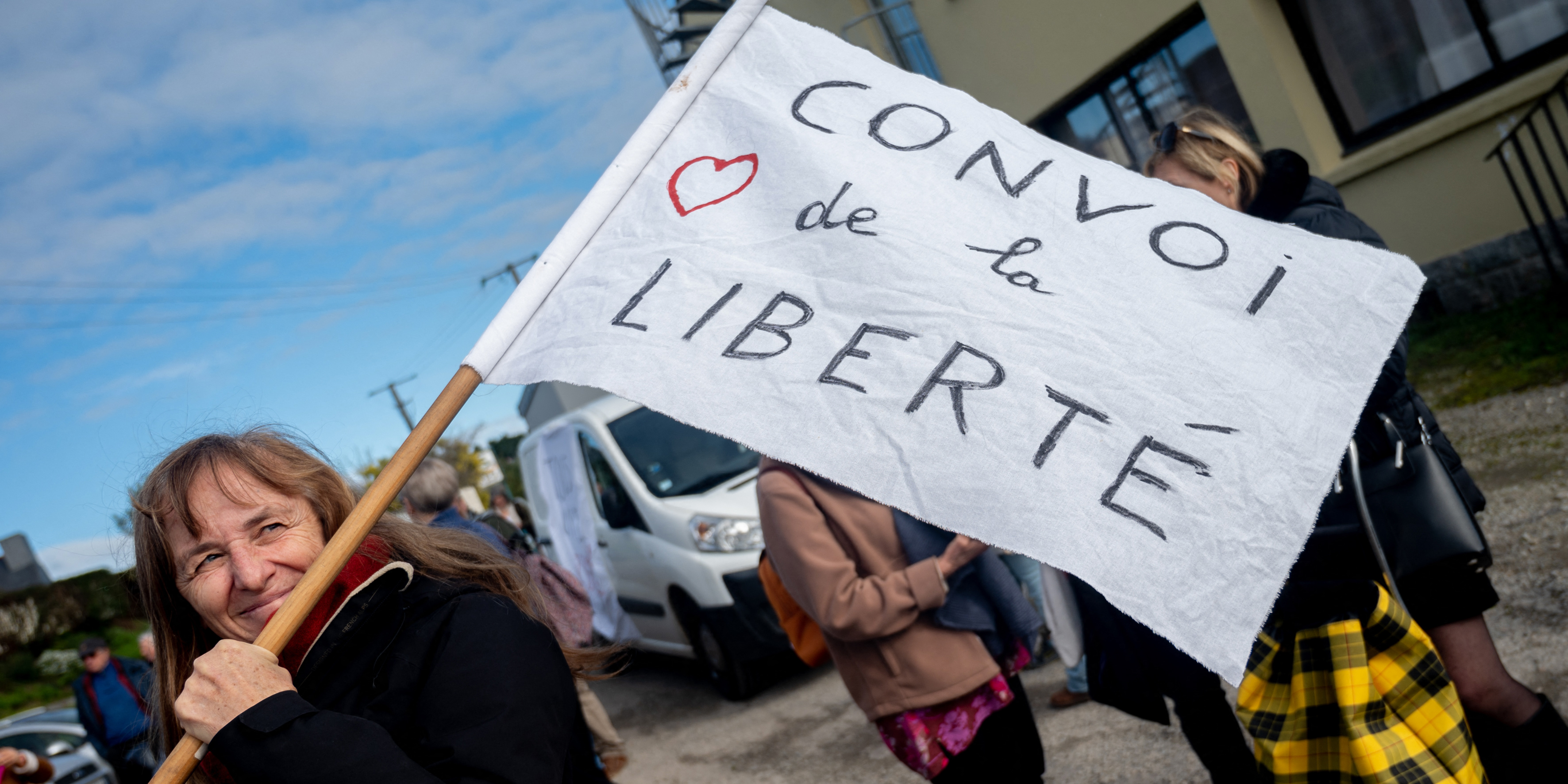 To prevent the "freedom convoys" from paralyzing the capital, the Paris police headquarters has mobilized an important device.

7,200 police and gendarmes were mobilized in Île-de-France.

Their objective: to prevent vehicles from paralyzing certain roads in the Île-de-France region.

They risk never arriving in Paris.

This Friday, the police headquarters communicated on the means mobilized to prevent the "freedom convoys" from reaching the capital.

Water launchers, armored ... The device mobilized by the police is substantial.

In all, 7,200 police and gendarmes are mobilized until Monday to prevent any blocking of roads in Île-de-France.

INFORMATION EUROPE 1 - Who is hiding behind the "freedom convoys"?

The prefect of police, Didier Lallement gave clear instructions to his troops.

"Our system is ready. It will be, in accordance with the instructions of Mr. Darmanin, firm. And we will ensure that freedom of movement can be exercised. It is natural. This is due to the whole inhabitants of the Île-de-France region", he explained this Friday.

Police have orders to arrest drivers of vehicles blocking traffic.

A point of vigilance is closely scrutinized by the intelligence services: the headquarters of the pharmaceutical laboratory Pfizer, in the 14th arrondissement, which is the subject of a call for a rally on Saturday afternoon.

Armored vehicles of the gendarmerie, tractors and trailers of the police stand ready to intervene if necessary.

"We're trying to get things moving": Sophie joined the convoy for freedom

For the moment, the convoys leaving on Wednesday from the four corners of the territories have gone well but there is always a risk of seeing aggregate this Friday evening and tomorrow, Saturday, vehicles in the Paris region before a group departure, Monday , in the direction of Brussels.