Editor's note: "The Spring Festival is a beautiful time to bid farewell to the old and welcome the new, and it will always bring people new aspirations." General Secretary Xi Jinping's words express the core of the Spring Festival culture. The Chinese New Year is a "year of time" to say goodbye to the old and usher in the new, and it is also a "year of culture" to move forward towards kindness. 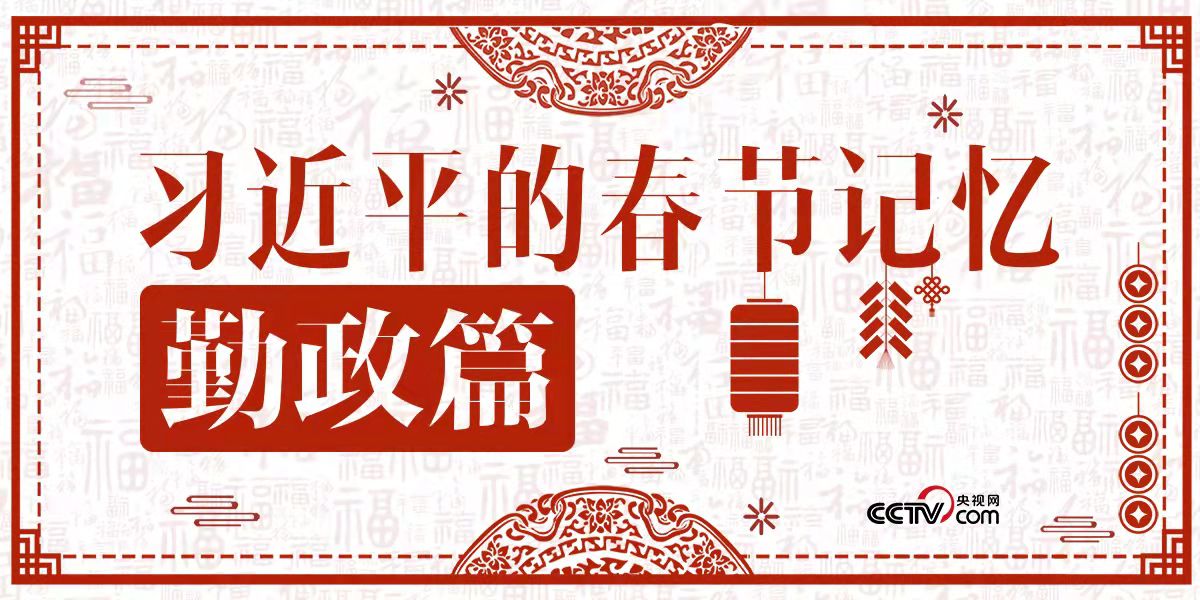 "The Spring Festival is a beautiful time to bid farewell to the old and welcome the new, and it will always bring people new aspirations." General Secretary Xi Jinping's words express the core of the Spring Festival culture.

The Chinese New Year is a "year of time" to say goodbye to the old and usher in the new, and it is also a "year of culture" to move forward towards kindness.

On the occasion of the most important traditional festival of the Chinese nation, CCTV's "People's Leader Xi Jinping" column launched a series of special articles "Xi Jinping's Spring Festival Memories" to experience the "Chinese New Year style" of the general secretary with you.

When the Spring Festival meets the Winter Olympics, Xi Jinping is extra busy.

From the fourth to the sixth day of the first lunar month alone, he attended more than 20 foreign affairs activities, including attending the opening ceremony of the Beijing 2022 Winter Olympics, as well as attending the opening ceremony of foreign heads of state, government, royal family members and international organizations in China. The person in charge held a welcome banquet and attended relevant bilateral activities.

On the evening of February 4, 2022, the opening ceremony of the 24th Beijing Winter Olympic Games was grandly held at the National Stadium.

"When I was working in the local area, I had to be on duty during the New Year and holidays, for fear that something would happen."

In the documentary "Loyalty - Xi Zhongxun's Wife Qi Xin", there is such a clip: Xi Zhongxun chatted with his wife Qi Xin and his daughter Xi Qiaoqiao about Xi Jinping's work status during a walk-

Xi Qiaoqiao told his father Xi Zhongxun that Xi Jinping went to Xiamen and was very busy there. "On the evening of New Year's Eve, Li Yuan and his family had a hot pot at home, and then went out the next day."

When working locally, Xi Jinping will be on duty during the New Year and holidays.

"I'm afraid something will happen," Xi Jinping said at the fifth plenary meeting of the 18th Central Commission for Discipline Inspection on January 13, 2015.

Later, he further said: "Many local and departmental responsible comrades disappeared as soon as the holidays came, and went to other places to go on vacation. How can you feel at ease when you travel so far? What should you do if something happens?" He urged Leading cadres "must have a strong sense of responsibility".

One of the manifestations of Xi Jinping's sense of responsibility is "investigation and research".

Due to his busy work, Xi Jinping, then governor of Fujian Province, was unable to reunite with his parents during the Spring Festival in 2001.

While he was going to the countryside, he had a phone call with his mother.

Hearing the news that Xi Jinping could not come back, Qi Xin was not surprised, but said earnestly: "You have so much work, Mom is quite happy to hear it. The key is not whether you come or not, as long as you do your job well, It is the greatest filial piety to parents. This is to be responsible for the family, and also for yourself, which is consistent. "

During the Spring Festival of 1989, Xi Jinping, then secretary of the Ningde Prefectural Party Committee, visited and expressed condolences to the people who were affected by the strong typhoon in She Village, Jiuxian Mountain, Jiudu Town, Jiaocheng District.

It is Xi Jinping's consistent work style to go deep into the front line and grasp first-hand information.

According to Pan Zheng, who worked with Xi Jinping in Fujian, one of the things he did most often was to accompany Xi Jinping to research.

He said that Xi Jinping attaches great importance to research and that as long as there are no major conferences and activities in the province, Xi Jinping will arrange for grass-roots research.

It is often just a few days after returning from the research, and it is time to set off again.

Traveled all over the villages in Zhengding, the towns of Fuzhou and Ningde, and all the counties and cities in Zhejiang... Xi Jinping measured his responsibilities with his footsteps.

"Go to a remote place, get together with the masses, meet and chat, what's wrong? You can stay in some places for a day. You can understand the situation and know more." After Xi Jinping was elected general secretary of the CPC Central Committee This is what he said when he left Beijing for the first time.

On January 25, 2020, the first day of the new year, a special meeting of the Standing Committee of the Political Bureau of the Central Committee was held in Huairentang, Zhongnanhai.

"I originally wanted to let everyone have a good year. Now that the epidemic situation is urgent, we have to convene everyone to study and deploy this issue together." The general secretary stated the reason for the meeting.

At the meeting that day, it was decided that the Party Central Committee established a leading group for responding to the epidemic, and sent a steering group to Hubei and other severely epidemic areas to promote the relevant localities to comprehensively strengthen the front-line work of prevention and control.

"If the steering group has any situation or needs, you can call me and tell me directly." General Secretary Xi Jinping is concerned about the epidemic prevention and control work in Hubei and Wuhan and the lives of the people day and night, and has given hundreds of important instructions to the central steering group. They also conducted research and guidance in communities, hospitals, disease control centers, and scientific research institutes, and used actions to convey confidence in fighting the "epidemic".

On February 10, 2020, Xi Jinping, General Secretary of the CPC Central Committee, President of the State, and Chairman of the Central Military Commission, surveyed and guided the prevention and control of the new crown pneumonia epidemic in Beijing.

This is Xi Jinping's investigation at the Chaoyang District Center for Disease Control and Prevention.

The report of the China-WHO joint expert team on COVID-19 pointed out that the government-led social prevention and control measures adopted by China have successfully avoided or at least prevented the occurrence of hundreds of thousands of cases across the country.

"Be sure to have a good year this year!"

Since the 18th National Congress of the Communist Party of China, on the eve of the Spring Festival every year, General Secretary Xi Jinping has appeared on the road of local inspections and investigations, visiting cadres and the masses.

On February 3, 2013, General Secretary Xi Jinping came to visit the needy people in Yuangudui Village, Tianjiahe Township, Weiyuan County, Dingxi City, Gansu Province, with an altitude of more than 2,400 meters and a per capita net income of more than 1,400 yuan.

The picture shows Xi Jinping having a cordial conversation with Ma Gang, an 80-year-old party member, to learn about production and living conditions.

In February 2013, bypassing nine bends and eighteen bends, General Secretary Xi Jinping came to Yuangudui Village and Bulengou Village in Longyuan Land successively. He visited old party members and people in need, and fellow villagers held hands and chatted about family affairs. , to encourage the villagers to find a way to develop, work hard and change the face of poverty as soon as possible.

Here, he said affectionately: "Our party members and cadres must have such a consciousness: as long as there is one family or even one person who has not solved the basic living problems, we cannot be at peace."

In February 2015, General Secretary Xi Jinping returned to Liangjiahe Village, Shaanxi Province after a long absence, and brought the New Year's goods purchased with his own money to the villagers, and recalled with them the scenes of eating and working together in the 1960s and 1970s.

The heart is concerned with the people's livelihood, and the love is drawn to the lights of thousands of homes.

Looking back on the inspection footprints of the General Secretary on the eve of the Spring Festival in ten years, the stories of poverty alleviation of nearly 100 million people are condensed, and the picture of a well-off society in the new era is also drawn.

On January 26, 2022, in Linfen City, Shanxi Province, General Secretary Xi Jinping visited two mountain villages, and he still cares about them, but the Chinese villages have changed a lot compared to ten years ago.

Walking into the lively crowd, the general secretary and the villagers talked about the feeling of this trip:

"I came to Shanxi to visit two villages this time, and I am very happy to see that everyone is satisfied with the current life." "The only choice of the Communist Party of China in power is to do good deeds for the people, to strive, dedicate and serve for the people's happy life. . This persistent pursuit has not changed in more than 100 years."

"I would like to borrow the wind from the sky to blow far away, and every family and alleys will become spring." Now, my heart is warm, and spring has arrived.