Washington talks about a last chance to save the agreement with Tehran.. Iranian President: Fears about our nuclear program are just fabricated lies

Iranian President Ibrahim Raisi affirmed that the Biden administration's policy has not so far differed from the policy of the previous administration, explaining that the current conditions of the nuclear agreement are the result of Washington's disavowal of its commitments and lack of goodwill. 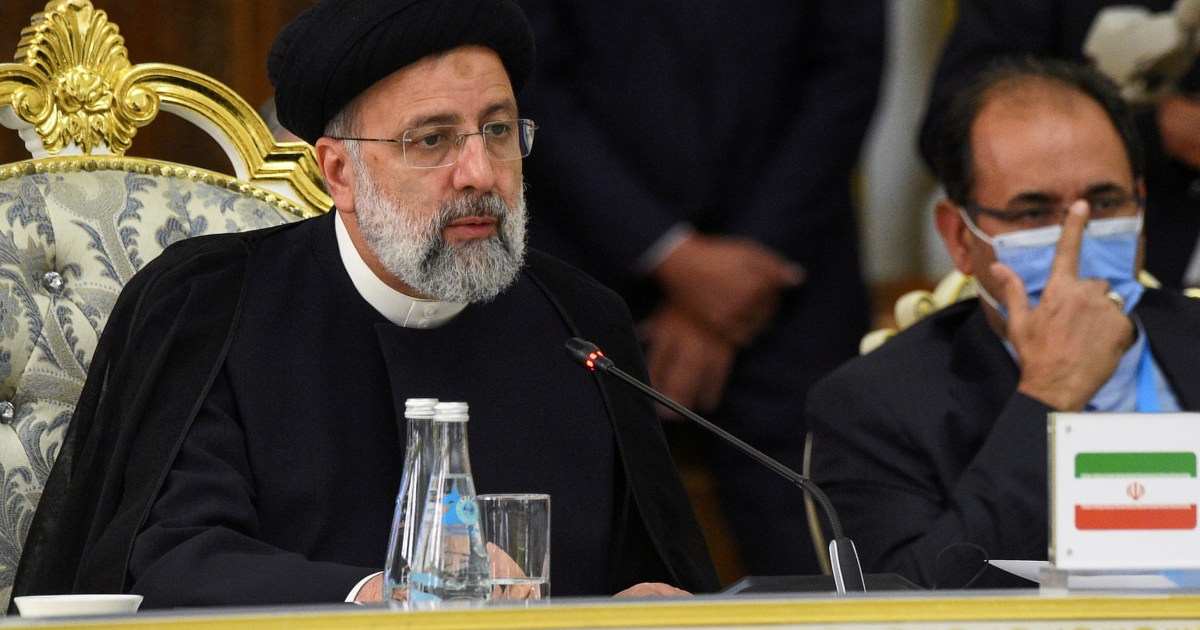 Iranian President Ibrahim Raisi affirmed that the Biden administration's policy has not so far differed from the policy of the previous administration, explaining that the current conditions of the nuclear agreement are caused by Washington's disavowal of its commitments and lack of goodwill, while Washington talked about a last chance to save the agreement on Iran's nuclear deal.

The Iranian president added that the fears about his country's nuclear program are just fabricated lies, and their aim is to incite us.

"We have demonstrated our seriousness in the Vienna negotiations to push forward diplomacy and respond to the international community's concerns," Raisi said, stressing that Tehran believes in "not acquiring nuclear weapons, and we have a clear fatwa in this regard."

This comes at a time when Vienna continues to try to revive the Iranian nuclear agreement, with statements promising its success and calling for expediting its decision.

Washington talked about a last chance this month to save the agreement, at a time when Iran says that the voices coming from the US administration show that there is no internal harmony to take political decisions to make the negotiations succeed.

Iranian Foreign Minister Hossein Amir Abdollahian stressed that the opposing party is facing a test to implement the obligations stipulated in the nuclear agreement, stressing the seriousness of his country's will to reach a good agreement in Vienna.

The Secretary of the Iranian National Security Council, Ali Shamkhani, also stressed that the voices being heard from the US administration show that there is no internal harmony in it to take political decisions to move forward with the Vienna talks.

And Politico revealed that officials in the administration of President Joe Biden warned in a secret briefing to congressional representatives that Iran could produce enough materials for a nuclear bomb within a period not exceeding two months, and that it reduced its schedule after the withdrawal of the Donald Trump administration from the agreement. 4 years ago.

Politico also quoted Democratic Senator Chris Murphy as saying that he sees no way to stop Iran's progress except by returning to the nuclear deal.

The US envoy to Iran, Robert Malley, gave a closed briefing on the progress of the nuclear agreement negotiations in Vienna, while the White House talked about preparing emergency scenarios.

This briefing, which Mali gave to members of the Committee on Foreign Relations in the US Senate, is the first of its kind, as he had not previously briefed members of Congress on the course of the Vienna talks.

And 33 Republican lawmakers in the Senate pledged in a letter - the day before yesterday, Tuesday - to President Biden to block any new agreement with Iran, unless the US president returns to Congress first on this agreement.

Agreement is the solution

For its part, the White House said that a nuclear agreement that addresses the core concerns of all parties is on the horizon, but has not yet been reached.

Speaking to reporters, White House spokeswoman Jen Psaki said talks with Iran had reached the point of a mutual return to full implementation of the nuclear deal.

European Union foreign policy chief Josep Borrell expressed his "hope" that results would be reached quickly, despite the persistence of large disparities, and said that "the two sides have demonstrated that they have the will."