Large-scale joint exercises on the border between Russia, Belarus and Ukraine

Russia and Belarus have started a large-scale joint exercise in earnest on the 10th local time. It is pointed out that the exercise, which will be held in Belarus, neighboring Ukraine, is taking place amid heightened military tensions between the countries concerned over concerns about Russia's invasion of Ukraine, further exacerbating the crisis of military clashes. 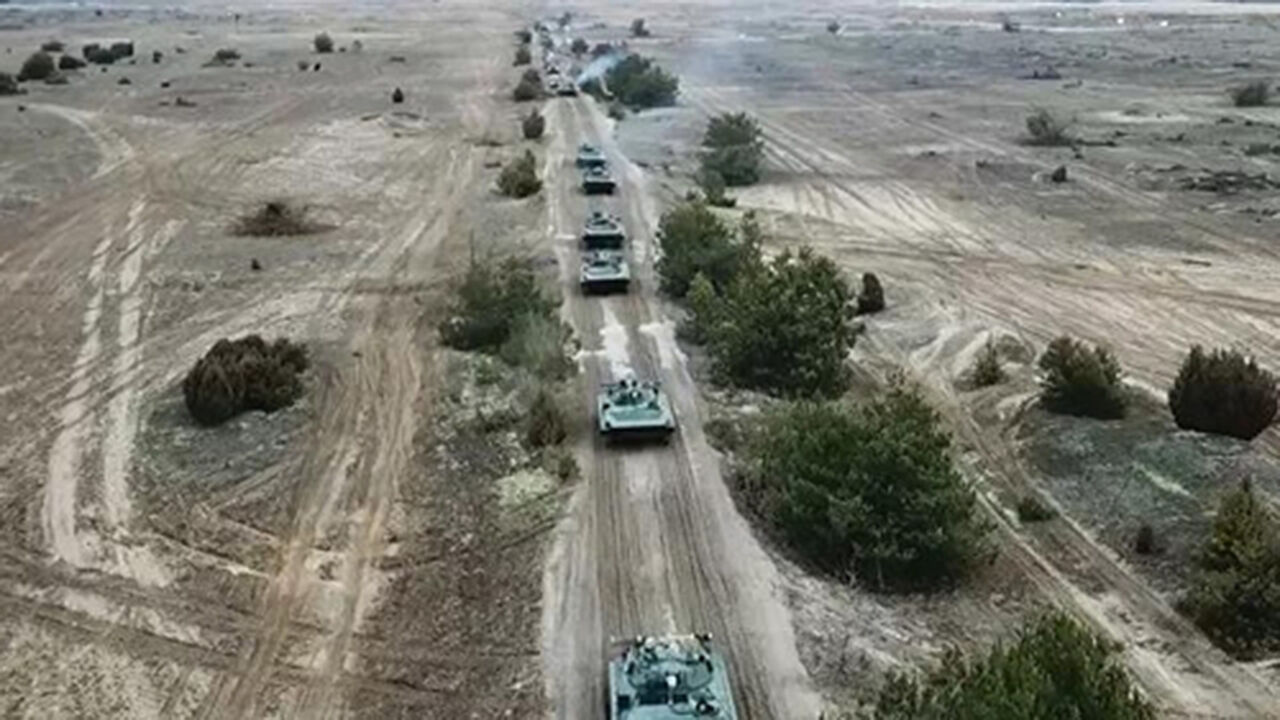 Russia and Belarus have started a large-scale joint exercise in earnest on the 10th local time.

It is pointed out that the exercise, which will be held in Belarus, neighboring Ukraine, is taking place amid heightened military tensions between the countries concerned over concerns about Russia's invasion of Ukraine, further exacerbating the crisis of military clashes.

The Russian Ministry of Defense announced that the second phase of the 'Union Resolve 2022' exercise has begun at several training centers in Belarus.

Until the previous day, Russia had conducted the first phase of training to move and deploy units belonging to the Eastern Military District stationed in its Far East to Belarus, about 10,000 km away.

During the first phase of training, Russia mobilized long-range bombers from the Air and Space Force, including the Tu-22M3 and state-of-the-art fighter Sukhoi (Su-35S), to conduct patrols over Belarusian airspace.

The Russian Defense Ministry explained, "This exercise is for the practice of intercepting and repulsing external attacks through defensive operations, countering terrorism, and protecting the interests of the Allied Powers."

It is known that about 30,000 Russian soldiers and most of the Belarusian troops are participating in the drills held at Brest and Domanovo in southwestern Belarus, which borders Ukraine, and the Goshsky training ground near the Polish-Lithuanian border.

In addition to large-scale troops belonging to the Eastern Military District, Russia has sent a large number of advanced air defense missile systems such as the S-400, the Panchiri-S air defense system, the fourth-generation multi-purpose fighter Sukhoi (Su)-35, and the attack aircraft Su-25SM to the training.

The West is speculating that if Russia, which has deployed more than 100,000 troops near the eastern border of Ukraine since last year, actually invades Ukraine, it could use a Belarusian contingent to attack northern Ukraine.

However, Russia denies the plan to invade Ukraine itself, stating that all units involved in joint training with Belarus will withdraw to their original garrison as soon as the training is complete.

Russia's Black Sea Fleet said on the same day that six amphibious assault ships belonging to the North Sea Fleet and the Baltic Fleet entered the Black Sea from the Mediterranean Sea and arrived at the port of Sevastopol, Crimea.

The Pacific Fleet and North Sea Fleet cruisers are gathering to the Mediterranean and preparing for large-scale training.

Ukraine is not hiding its tension and anxiety over the joint Russo-Belarus exercise near its border.

Ukrainian President Volodymyr Zelensky said on the 10th that "the gathering of troops at the border with Ukraine is psychological pressure from our neighbors," and insisted that "we have enough troops to defend our country with honor."

Ukraine also conducts a 'counterfighting drill' for 10 days from the 10th, during the Russia-Belarus training period.

Ukrainian Defense Minister Olexi Rezhnikov said in an interview with his TV station on the 7th, "Their exercises (Russia and Belarus) are scheduled to take place on the 10th and 20th.

Tensions around Ukraine have risen even further as Russia and Belarus, hostile to the West, and Ukraine, which are supported by the West on a pro-Western route, border each other and engage in large-scale military exercises at the same time.

Britain warned on Wednesday that "the next few days could be the most dangerous moment in the confrontation between the West and Russia".