For the second time in 24 hours, a train and a bus collide in Egypt

Once again, the specter of train accidents has cast their shadow on Egyptian roads, where 9 people were injured after a train collided with a passenger bus in the eastern Suez Governorate, a day after another accident that left one person dead or injured. 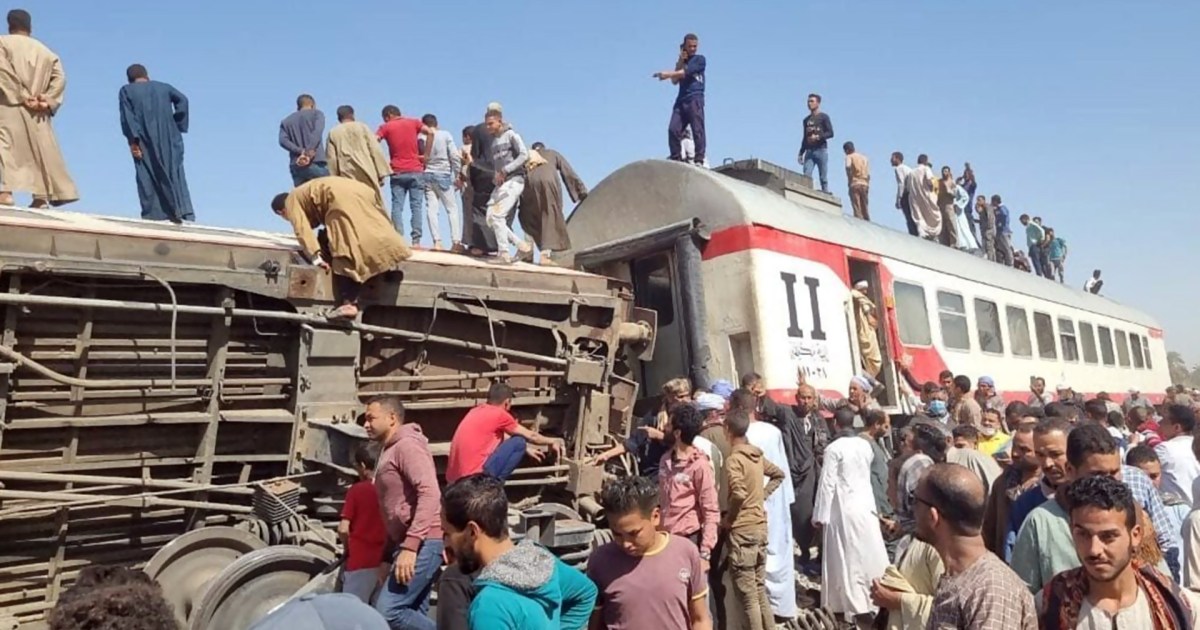 again, the specter of train accidents has cast a shadow over Egyptian roads. Nine people were injured after a train collided with a passenger bus in the eastern Suez Governorate, about 24 hours after another accident that left one dead and one injured.

The Egyptian National Railways stated that the goods train collided with an internal transport bus in the city of Suez, and the authorities transferred the injured to Suez General Hospital for treatment.

A statement by the government authority stated that during the course of a container train on the line (Suez - Ain Sukhna), the driver was surprised to see that a public transport bus - belonging to the Suez Governorate - crossed from a place not intended for crossing. Warnings were issued to the bus driver, but he did not respond;

As a result, the side of the train's tractor was rubbing against the front of the rim, which resulted in light bruises for 9 passengers.

This comes about 24 hours after the death of a person and the injury of another in a train collision with two light transport vehicles (Tuktuk) in the city of Tanta, north of Cairo, where the train toppled them in the Nile River.

The river rescue teams and the civil defense forces were able to exhume the body of a person, and the Railway Authority announced the death of one person and the injury of another, and they were transferred to Tanta University Hospital.

In light of the continuous anger of the Egyptians on social media over the recurrence of train accidents, and their demand to dismiss the Minister of Transport, Kamel al-Wazir, who failed to manage the railway file, they said, the minister - a former army officer - at the time laid the full responsibility on the drivers and some railway workers. .

The minister spoke - last April before Parliament - about the presence of railway employees from the Muslim Brotherhood, accusing them of causing obstruction to work, and demanded legislation that would allow him to dismiss those belonging to the group, which was already studied in the Egyptian parliament and approved, Despite waves of criticism and ridicule on social media.

Between 2003 and 2017, Egypt witnessed about 16,000 train accidents, according to the Central Agency for Public Mobilization and Statistics.