The boss of SpaceX, Elon Musk, must speak Thursday evening in front of a model of his giant Starship rocket on the progress of this extraordinary project, intended to allow humans to make trips… 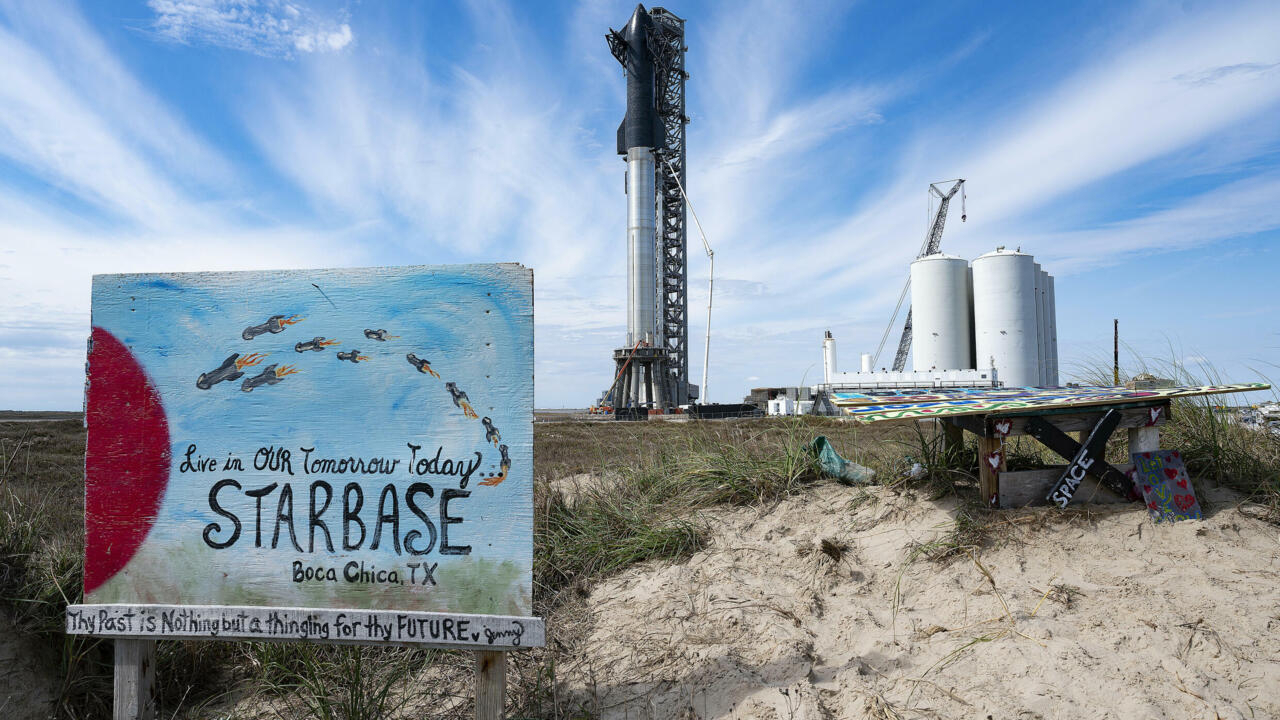 The event is of particular importance since this vehicle was selected by NASA to be the one that will take the next astronauts to the surface of the Moon.

In the far south of Texas, the space base named Starbase, located near the tiny village of Boca Chica, will serve as the setting for this rare speech by the billionaire to the press.

As a backdrop, the all-black Starship was mounted on its silver propellant, the first stage of the rocket, named Super Heavy.

The machine is 120 meters high in total, 9 meters in diameter, and will be able to carry some 100 tons into orbit, making it the largest rocket ever developed.

In comparison, the Saturn V rocket, which took astronauts to the Moon during the Apollo program, was 110 meters high.

The SpaceX launch vehicle has never flown in this complete configuration (also called Starship for short) before, and Elon Musk promised in November a first orbital test for January or February 2022.

But as often, the announced deadline has been exceeded.

Since then, the boss has been alarmed by delays in the production of Raptor engines.

Super Heavy will ultimately have to have no less than 33, he has said in the past.

Starship alone has already made several suborbital flights: after a few tests ending in impressive explosions at the end of 2020 and in 2021, SpaceX had finally managed to re-land the ship.

But these only went about 10 km in altitude.

Before a first flight with Super Heavy, another concern arises: obtaining authorization to perform orbital flights from this new base.

The American aviation authority, the FAA, is currently studying the file, and has announced that it will render a decision at the end of February.

NASA, for its part, has chosen to bet on Starship to become the lander used as part of its Artemis program to return to the Moon.

A version of the spacecraft will have to be placed upstream in orbit around the Moon, and the astronauts arriving on board their capsule (propelled separately by a NASA rocket) will board it so that it can take them and bring them back from the lunar surface. , in 2025 at the earliest.

SpaceX is already sending astronauts to the International Space Station (ISS) using its Falcon 9 rockets, the first stage of which is recovered, but not the second.

The great novelty of this rocket there is that it must be fully reusable: not only the Starship, but also Super Heavy, must be recovered after each flight.

The top of a prototype of SPaceX's Starship spacecraft in South Texas on February 10, 2022 JIM WATSON AFP

This is Elon Musk's grand strategy to cut costs.

Because the billionaire estimates that humans will need hundreds of Starship rockets to one day become a multi-planetary species, settling on Mars.

An outcome that he believes is essential given the threats to the survival of humanity on our only Earth.

"It's a very deep vehicle", assured Elon Musk in November in front of scientists from the National Academy of Sciences.

"It has the potential to affect the destiny of humanity in a very profound way."