Nantes' top scorer this season is Ludovic Blas: the attacking midfielder has gained in efficiency to the point of being essential for the Canaries before their quarter of the Coupe de France on Thursday against… 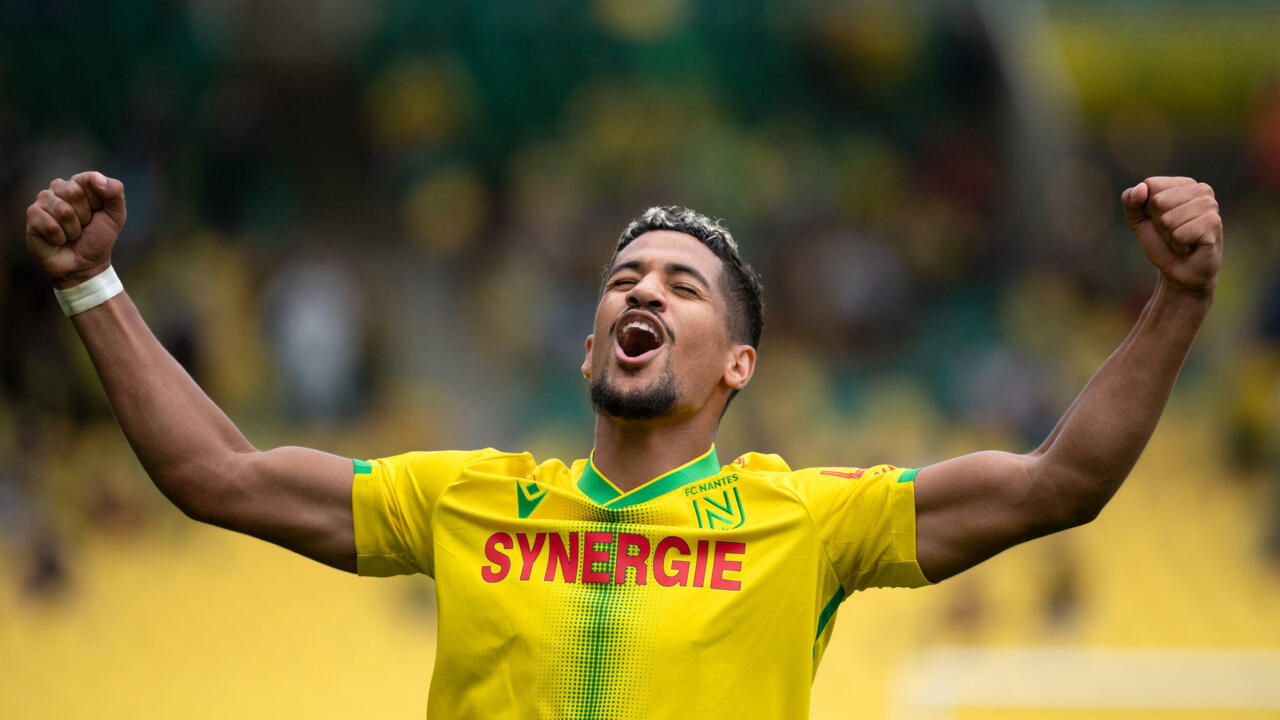 For a long time, he kept the reputation of a raw talent blurred by a certain nonchalance.

But since his arrival in Nantes in 2019, and especially under the orders of Antoine Kombouaré, he has taken care of his statistics, as during his double in the round of 16 against Brest (2-0), and gained a new status.

To the point of being entrusted with the armband for the Coupe de France campaign, where the usual captain Alban Lafont gives way to Rémy Descamps in the cages.

At 24, Blas has also gained in consistency.

And while he is now noticed for his defensive efforts, his offensive statistics are soaring.

At Guingamp, where he was trained and launched as a professional, he had scored only 7 goals in 116 matches.

Including 10 this season (7 in Ligue 1 and 3 in the Coupe de France), ahead of the revelation Randal Kolo Muani who points to 8 goals, all scored in L1.

With his vivacity and his touch of the ball, Blas is capable of changing the fate of a match on a class action, like his equalizing goal in Lille in November (1-1), or of orchestrating the revolt of Nantes, like against Lens in December (3-2).

"+ Ludo + brings us a lot in the game and he is very effective", greets his teammate Samuel Moutoussamy.

"He is enterprising and consistent, that makes all the difference between a good L1 player and a very good player".

Handicapped by a broken hand in December and by a left hamstring injury in early January, Blas regained form at the end of January against Brest in the round of 16 of the Coupe de France (2-0).

A cross shot after an oriented control of the thigh on a long clearance from Nicolas Pallois in the first period, then a full axis floating shot in the second, which he went to celebrate by throwing himself into the arms of Kombouaré.

Nantes midfielder Ludovic Blas scores at home against Brest, in the round of 16 of the Coupe de France, on January 28, 2022 at the Stade de La Beaujoire Sebastien SALOM-GOMIS AFP / Archives

"On the second, we're a bit used to seeing him do that," commented the Nantes coach.

"He gets in the middle, he takes the time to arm his shot. It's often on target and it hits the bull's eye. I'm especially impressed by the first one. It's a long ball, very high, he manages to do superb thigh control and going for it. Well done!"

"It was my evening," commented the player more soberly.

"I needed it, because I was a little lacking in confidence on the last gesture. It will do me good".

Sunday in Strasbourg, he had more trouble, like the whole team, beaten 1-0.

But it was still he who got the best chance for Nantes, beating three defenders before coming up against goalkeeper Matz Sels.

Facing Bastia, in a Beaujoire stadium that is once again open and which the players hope is well stocked, he will have the opportunity to offer Nantes a new semi-final of the Coupe de France, after the one lost against PSG in 2019 ( 3-0).

The Parisian scarecrow eliminated, the spirits liberated by much more convincing results than last year in L1, the Canaries, already three times victorious in the Cup (1979, 1999, 2000), have a card to play.

As for Ludovic Blas, under contract until 2024, this may be an opportunity to strengthen the interest of French and European clubs, mentioned in several media, to perhaps take another step this summer.