The United States has not given up on the path of lowering the level of Russia's diplomatic presence in the United States, said Russian Ambassador Anatoly Antonov. He urged Washington to resolve visa problems, giving diplomats a chance to "work normally," including on international security issues. 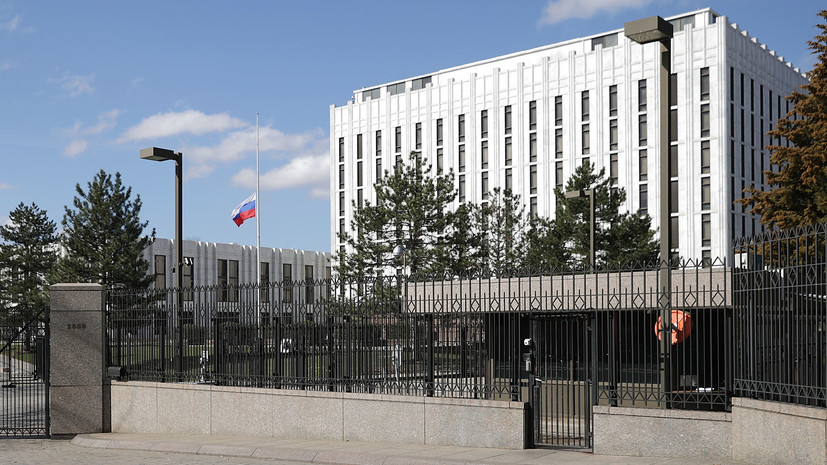 Russian Ambassador to Washington Anatoly Antonov said that the US authorities have not given up on threats about his possible departure as part of a visa dispute.

“I reaffirm this American position.

Indeed, the situation, as it was when I first said this, is how it has remained today,” he said.

“This means that the Americans do not rule out the possibility of choosing a development path that involves lowering the level of diplomatic presence in Moscow and Washington,” Antonov added.

He pointed out that the Russian side urges American colleagues to "solve visa problems and give diplomats a chance to work normally, including on current problems in the field of international security."

“Diplomats are the people who organize the dialogue and who are trying to find solutions in the field of international security.

And the best option is to leave them alone, to give them the opportunity to work normally, calmly,” he concluded.

Russian Consul General in New York Sergei Ovsyannikov also spoke about the actions of the US authorities.

He noted that his replacement, Anatoly Kargapolov, has been waiting for a visa for almost a year.

He was supposed to take the post of Ovsyannikov back in May.

According to him, it is quite possible that there will be no Russian consul in New York.

“I don't know what the solution will be.

If there is no solution, then I must return to Russia.

This means that the duties will be performed by Vyacheslav Slavkin, a senior diplomat, ”RIA Novosti quotes him as saying.

Ovsyannikov added that four more employees are currently working at the Russian Consulate General in New York, while previously the diplomatic mission consisted of 12 people: “For the first time, there is no security officer in the Consulate General, which is a glaring fact.”

However, a further reduction is not ruled out.

“I think it's possible.

We have two commandants leaving in June.

I don't have a driver now - he was ordered to leave in January.

We are trying to get out of this situation.

I am canceling some trips because it is not recommended to drive alone.

Diplomats are sitting at the reception of visitors.

Small movements around the city within the 25-mile zone are still possible, but further movement is almost impossible,” Ovsyannikov explained.

At the end of January, Anatoly Antonov said that the State Department raised the question of his departure from the United States if Russia did not issue visas to the guards of the head of the American diplomatic mission in Moscow.

“In total, during my stay here, more than 120 diplomats and employees were expelled from the United States, and together with their families, this is about 300 people.

This is for four years.

And the worst thing is that I don’t see this negative trend changing its direction,” he said.

Presidential spokesman Dmitry Peskov called the possibility of the expulsion of the Russian ambassador from the United States a serious threat.

According to Foreign Minister Sergei Lavrov, the actions of the American side are rude.

The head of Russian diplomacy also sent a message to UN Secretary General António Guterres demanding that proceedings be initiated in connection with visa problems arising from US actions.

This was announced by the Permanent Representative of the Russian Federation to the UN Vasily Nebenzya on the air of the Russia 24 TV channel.

“We have serious visa problems, such as extending visas to existing employees who <...> cannot leave the country when their visa expires, even if they have serious humanitarian reasons for this, relatively speaking, the death of close relatives,” the diplomat explained .

In turn, Deputy Foreign Minister of the Russian Federation Sergei Ryabkov stated on February 9 that, through the fault of the United States, the process of reducing the embassies of the two countries continues.

“The American side follows our instructions.

Unfortunately, the process of staff cuts on both sides continues.

This is not our choice, but people from the American embassy are leaving in accordance with the requirements that we put forward, ”he said.