Shall we say goodbye Ommicron or is it too early?

Can we say "Goodbye, Omikron" or is it too early? How many corona deaths have been since the discovery of the mutant Omicron? How has the COVID-19 pandemic affected health services? 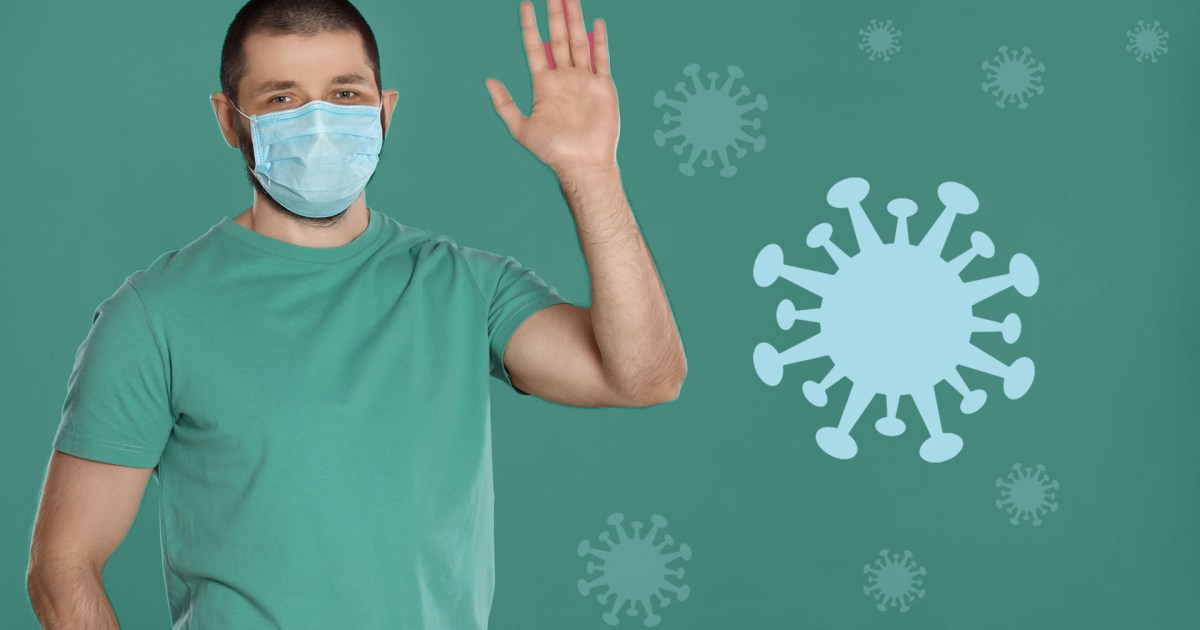 Can we say "Bye, Ommicron" or is it too early?

How many corona deaths have been since the discovery of the mutant Omicron?

How has the COVID-19 pandemic affected health services?

What are the symptoms of myocarditis that may result from corona?

Under this headline, The Washington Post said in its editorial that the fifth Omicron wave that the United States has experienced since the emergence of the epidemic is currently declining, as are the indicators of the epidemic in most American states, but the previous stages showed that the issue of easing restrictions must be approached according to Local conditions to avoid any "reckless loosening".

The newspaper stated that while the number of deaths recorded in the country remains high, the number of daily injuries decreased, reaching the lowest level since last December 12, and the average number of injuries per week of 300,000 cases decreased for the 23rd consecutive day, and entry cases also decreased. hospitals;

But these indicators combined do not mean that the epidemic is over, only that things are moving in the right direction.

The Director of Emergencies at the World Health Organization Michael Ryan recently warned that "governments have repeatedly tried to return to normal life, but failed to do so due to decisions to open prematurely," which is exactly what happened in the United States in 2020, when the early opening led to a record rise in the number of people injuries.

And at the beginning of last summer, when everyone was taking a deep breath from the positive impact of vaccines, the Delta wave swept the American nation in light of insufficient diagnostic tests, and then Omicron came after that, bypassing the delta mutant and spreading like wildfire among a wide sector of unvaccinated citizens, which It caused unnecessary deaths whatsoever.

A large increase in the proportion of vaccinated people would work miracles in light of another new wave or mutation.

Then secondly, by taking into account the regulatory laws of the local conditions of each state and region separately, such as the rate of positivity of tests and cases for each individual, when deciding whether to lift any of the precautionary restrictions such as wearing masks, for example.

Third, the US government should continue to pressure companies to continue producing test kits and masks, as well as antiviral drugs, so that they are adequately stored and used should a new mutant emerge, and access to more unvaccinated people outside the US would also be a good thing. .

This confirms what the Washington Post said that the issue of easing restrictions must be approached according to local conditions to avoid any easing that leads to a re-rise of infections;

Yesterday, the World Health Organization announced that half a million deaths from Covid-19 had been recorded since the discovery of the Omicron mutant, and described this outcome as "more than tragic."

The director of accident management at the organization, Abdi Mahmoud, said that 130 million injuries and 500,000 deaths have been recorded in the world since the announcement of the Omicron mutant of concern in late November.

Since then, the mutant Omicron has quickly overtaken Delta, becoming the world's fastest-growing tyrant, although it appears to have less severe symptoms.

And Mahmoud added in an interview with the public through the accounts of the World Health Organization on social media, "In the era of effective vaccines, half a million people die, it is really unusual."

He pointed out that "while everyone was saying that Omicron was less harmful, they forgot that half a million people have died since its discovery," describing the matter as "more than tragic."

Maria Van Kerkhove, head of the WHO's COVID-19 technical team, said the sheer number of Omicron infections is astounding, and the real numbers may be much higher than known.

"We are still in the midst of this epidemic. I hope we are nearing its end," she added, adding that "many countries have not yet passed the Omicron peak."

Van Kerkhove expressed her great concern about the high number of deaths for several consecutive weeks, stressing that "this virus is still dangerous."

The World Health Organization tracks 4 subspecies of the omicron mutant.

While the BA.1 substrain was dominant, BA.2 was more contagious, and is expected to account for an increasing share of Omicron infections.

Van Kerkhove said there was no indication yet that PA2 causes more severe symptoms, PA1, but stressed that evidence gathering was still "in the early stages."

As for Mahmoud, he pointed out that it is not yet known whether infection with “PA1” and “PA2” is possible at the same time.

Disruption of health services in more than 90% of countries

A study conducted by the World Health Organization on the effects of the Covid-19 pandemic revealed disruption and disruption of basic health services, including vaccination programs and treatment of diseases such as AIDS, in 92% of the 129 countries surveyed.

The organization said - in a statement sent to journalists on Monday - that the survey conducted in November and December 2021 showed that services were "severely affected" with "no improvement, or little or no improvement" from the previous survey in early 2021.

"The results of the study highlight the importance of taking urgent measures to meet the major challenges facing health systems, restore services and mitigate the effects of the pandemic," the statement said.

In fact, the level of urgent care that includes ambulance and emergency services has deteriorated, with 36% of countries reporting disruptions to services compared to only 29% in early 2021, and 21% in the first study in 2020.

Elective procedures such as hip and knee replacement or arthroplasty were disrupted in 59% of countries, and gaps or deficiencies in rehabilitation and palliative care for critically ill patients were also noted in about half of the countries.

The study coincided with an increase in Covid-19 infections in many countries in late 2021, due to the spread of the rapidly contagious Omicron mutant, which increased pressure on hospitals.

The World Health Organization's statement attributed this amount of disruption to "pre-existing health system problems", as well as the decline in demand for care, without giving further details.

Corona may lead to myocarditis

Infection with the Corona virus can cause inflammation in the vessels of all organs of the body, including the heart.

It has become certain that the Corona virus does not only damage the lung, but can attack all cells of the body, so that the heart may be affected by this, whether through infection with Covid-19 or after a while.

And a study conducted by a research team affiliated with Goethe University in Frankfurt, Germany, had previously confirmed in 2021 that even when suffering from mild symptoms of corona, the nickname could be damaged, according to what the Deutsche Welle website reported.

Of the 100 people included in the study between the ages of 45 and 53, two-thirds of them had heart problems after infection with the Corona virus, although some of them had mild symptoms.

Other studies have concluded that even young people and people of good physical fitness can develop myocarditis after infection with the Corona virus, and this can occur due to a different viral infection.

"We noticed that patients who were infected with the Corona virus showed symptoms of acute myocarditis after a few weeks," said Philip Wenzel, a cardiologist at the University Hospital in Mainz, Germany - in an interview with Bavarian Radio "BR" -.

The result showed that 37 people (2.3% of the total research participants) had myocarditis, and only 9 of them had symptoms, as they were suffering from chest pain and shortness of breath.

And there were many reports last year of heart complications for athletes who had previously contracted Covid-19.

In many cases, myocarditis causes symptoms that are also found in other, more common heart conditions, such as heart failure or heart attacks, according to the German Heart Foundation.

The Foundation confirms that 3 out of 4 patients with myocarditis suffer from shortness of breath, 1 in 3 suffers from chest pain, and one in 5 suffers from irregular heartbeats (palpitations).

In addition, the person with myocarditis can feel tired, exhausted, lose appetite and headache, and when you suspect that there is inflammation in the heart muscle, you should call 911 immediately.