Police after the shooting in Eskilstuna: Masked man shot at crowd

Late on Tuesday evening, several shots were fired outside a pizzeria in Årby in Eskilstuna. Now the police say that several people standing outside the pizzeria saw a dark-clad masked man pointing a weapon at them. 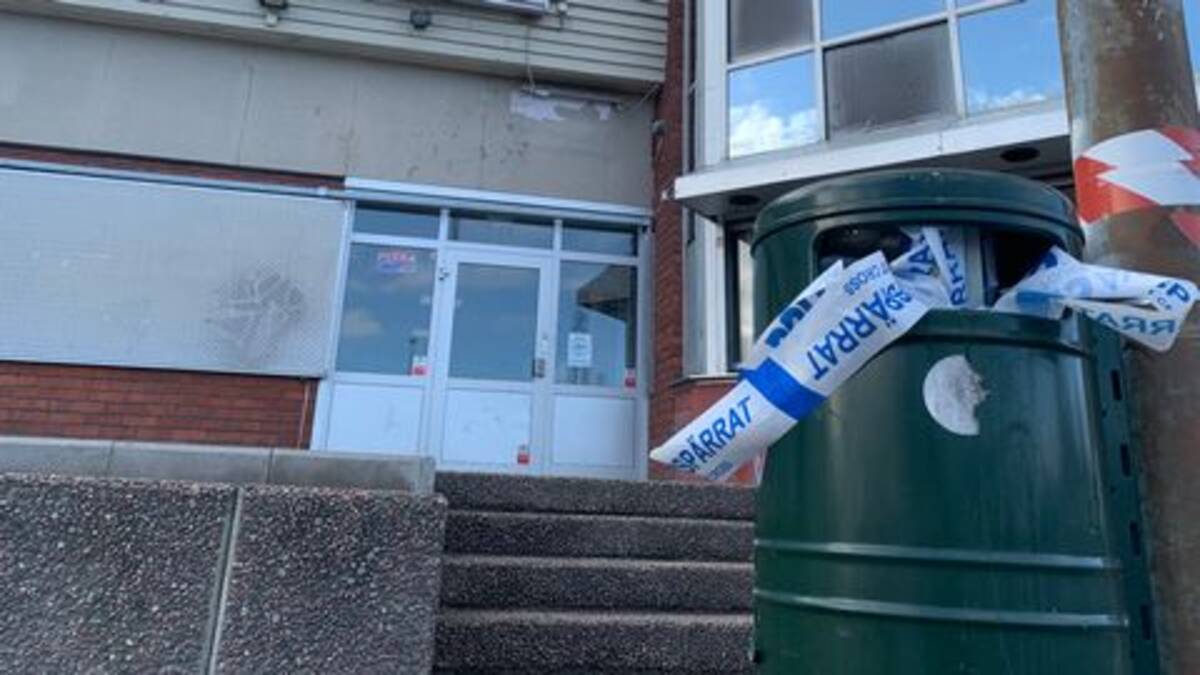 The owner was closing the pizzeria and had just taken the last order when the shots were fired.

- People who were inside and outside the pizzeria saw a dark-clad masked guy coming walking from the residential area.

He raised his arm, you heard three or four bangs and the guy ran from there back into the residential area, says police officer Thomas Tellebro on a serious crime in Eskilstuna.

According to police, the shooter was perceived by witnesses as a young person.

"Thought it was fireworks"

SVT has spoken to one of the staff at the pizzeria who says that he is cut after the shooting.

- I had gone out to smoke with my friend and suddenly it was small.

I first thought it was a firework and looked up.

Then I looked towards Coop's side and saw the shooter who fired another shot.

I went down on my knees and saw squares city.

When it became quiet, we started running into the pizzeria, the witness says.

Several windows above the pizzeria were hit and the forensic technicians who worked during the night found four sleeves in place.

- Either he is a very bad shooter or it was not the intention to meet someone but he just wanted to be scared, says police Thomas Tellebro.

No connection to the shooting in Skiftinge

Yesterday's shooting occurred only two weeks after a shooting in Skiftinge, but the police see no connection.

- At present, we have no such indications that there is a connection.

Now we will hold interrogations and send in the tracks we have secured to NFC, says Thomas Tellebro.

The witness who works at the pizzeria says that he is afraid that it may happen again.

-I'm also a human being.

Now I feel scared and you should not have to be at your workplace, the witness says.