On its first day.. Tunisian judges: a broad response to the strike and campaigns to intimidate us

Tunisian judges announced a broad response to the strike called by the Association of Judges in protest of President Kais Saied's decisions to dissolve the Supreme Council of Judges, amid condemnation by the United Nations and international and local organizations of Said's decisions. 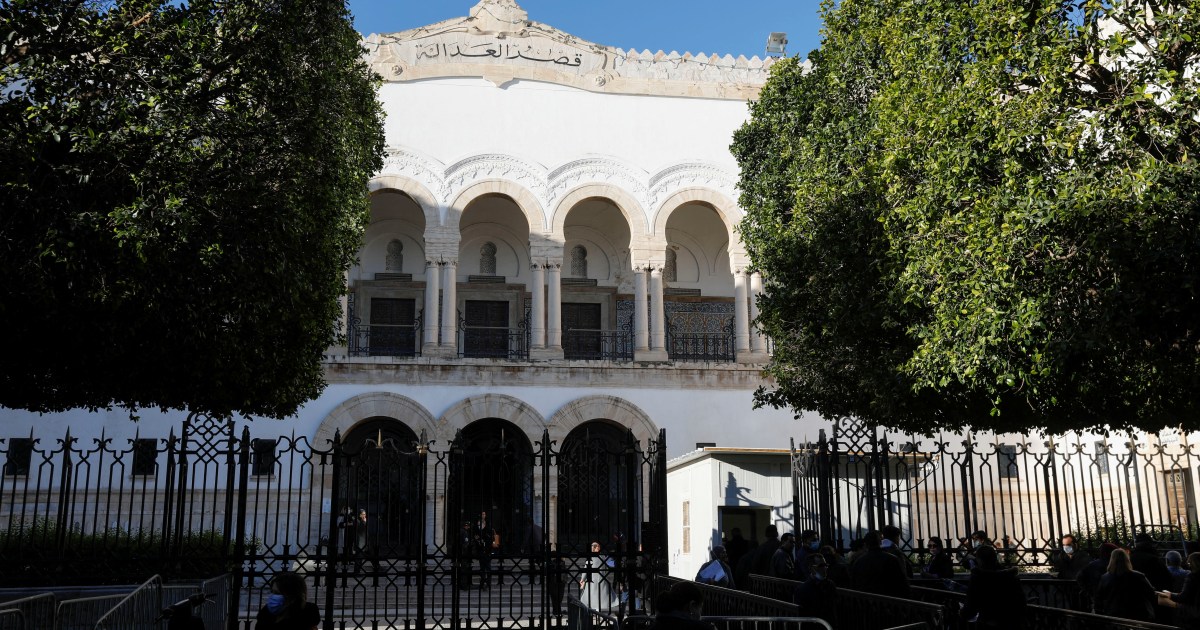 On the first day, Tunisian judges announced a broad response to the strike called by the Association of Judges in protest of President Kais Saied's decisions to dissolve the Supreme Council of Judges, amid condemnation by the United Nations and international and local organizations of Said's decisions.

The head of the association, Anas Al-Hamaydi, told Anadolu Agency that there is a wide response to the strike - according to preliminary data - in a large number of the republic's courts, and in the three judicial wires (judicial, administrative and financial).

He added that the strike in the Tunis court recorded a response rate of more than 80%, in Manouba (north) 100%, Ariana (north) 100%, and in Sfax (south) a very high rate, and "the rest of the country's courts are in the process of collecting information about them." .

The Association of Judges had called for the suspension of the work of the courts on Wednesday and Thursday, with the exception of urgent cases and cases related to terrorist crimes, and considered that the dissolution of the Supreme Judicial Council aimed at the independence of the judiciary, and that it was an attempt to restore the image of the judiciary under the executive authority, as it put it.

Al-Hamaydi denounced what he called the paid pages, considering that judges are fighting a battle of honor and defending the independence of the judiciary and the Supreme Judicial Council, the last bulwarks of democracy and the pillar of the rule of law.

He stressed that the Judges' Association is not against judicial reform or participatory discussion on the status of the judiciary, but this reform requires stability and a broad national dialogue, and these issues cannot be addressed by unilateral, dropped decisions, as he put it.

"The judiciary is the only guarantee left in this emergency period in which the president assumes executive power before a people who have no authority," said Rawda Al-Qarafi, honorary president of the Tunisian Association of Judges.

Tunisian President Kais Saied announced last Sunday evening that he had decided to dissolve the Supreme Judicial Council, and that he would issue a temporary law or decree in this regard.

For its part, the Tunisian Association of Young Judges announced its intention to file a complaint with the World Federation of Judges requesting the formation of a committee to look into what is happening in Tunisia.

Meanwhile, the president of the Tunisian Association of Young Judges, Mourad Masoudi, said that the protest movements of the judges will continue, and that more escalatory steps will be announced in the coming hours, as he put it.

The position of the authorities

On the other hand, Tunisian Foreign Minister Othman Al-Jarandi stressed to the G7 ambassadors accredited in Tunisia and the representative of the Office of the High Commissioner for Human Rights that the democratic path in Tunisia and respect for human rights and freedoms are irreversible options.

According to the Tunisian Foreign Ministry's statement, the minister indicated that the dissolution of the Supreme Judicial Council falls within the framework of continuing to correct the democratic path, as he put it.

Meanwhile, international bodies expressed concern about the crisis in Tunisia. The United Nations considered Saied's decision to dissolve the Supreme Judicial Council a serious undermining of the rule of law.

Stephane Dujarric, a spokesman for the UN Secretary-General, urged the Tunisian president to reverse course.

Bachelet said in a statement on Tuesday that "there are increasing attempts to stifle the opposition, including harassment of civil society actors."

For its part, Amnesty International said that the Tunisian president's moves to dissolve the Supreme Judicial Council constitute a "serious threat to human rights in Tunisia."

Earlier on Tuesday, the ambassadors of the Group of Seven rich countries to Tunisia and the European Union envoy - in a joint statement - expressed "grave concern" about the decision.

In parallel with the external warnings, internal condemnation of the president's decision continued, as more than 40 civil organizations in Tunisia announced their rejection of any interference from the executive authority in the work of the judiciary.